Population creeping up all the time [solved]

Dear Support,
I have an issue with with population creeping up at relatively small airport. Its showing 70,000+ as you can see in below screenshots. Note that I have bus stops and 2 sub-stations created. The walking heatmap suggest that they are accessible. Note that I have 2 storey security check points but all look ok in terms of flow. Passengers are able to go-up and get out towards passport control desks on the other side. I notice that International Zone 2 shows zero passport control entry and exit but I am unsure why as those are actually all connected to main international zone.

It allows me to upload only one image, so will upload the rest in subsequent threads. 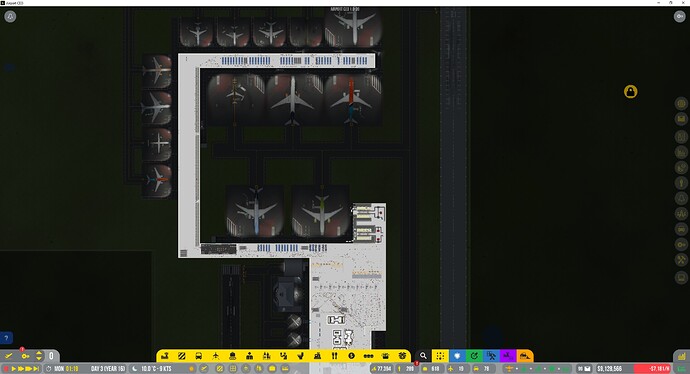 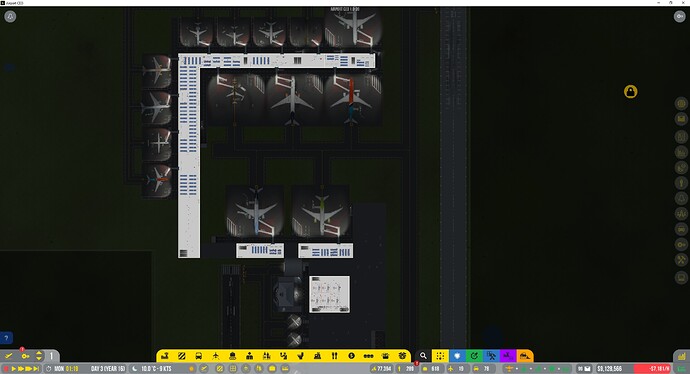 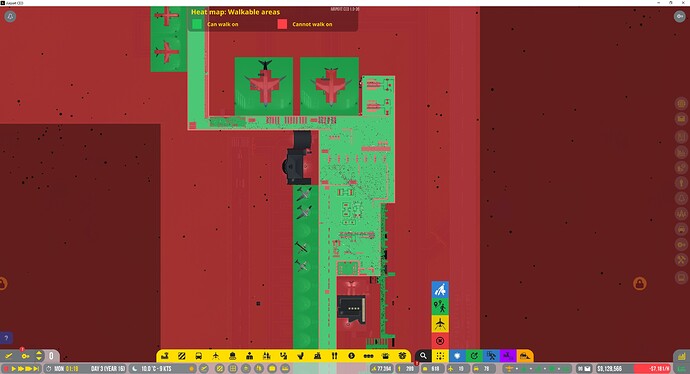 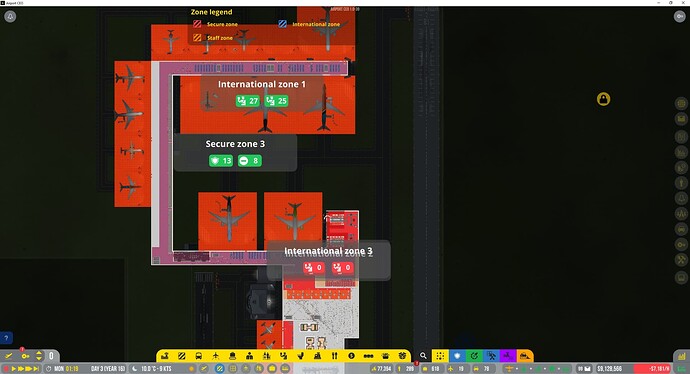 Hey, I have sorted issue with international zone 2/3. Those were small international area created by mistake on baggage handling area and have been removed. The issue with population remains to be resolved. The split of 70,000 passengers is almost 68,000 of them are arrivals and the rest departing.

Are passenger exiting the flights? It almost looks like when my builds had issues where the exit tile from the jetways wasn’t zoned, so all exiting passengers from a flight were stuck on the tile that’s at the edge of the jetway. Try to drag the international zoning tool over the walls of your terminals to include the point where the jetway meets the terminal.

Thank you @foxxygaucho
Arrival population so high and not coming down is the clue.

I will recheck on this part on zones at the edge of jetways although visually none seem stuck. People even going out of the terminal building. One of my baggage claim look overcrowded and seems people are stuck there.

How many subways do you have? At some point, bus, cars and taxi can’t handle those masses and subways are the only way to get rid of those thousands arrivals.

Yeah, and 1000 qeueing at bus stops? I would add many more subways and close the other stuff.

@andyc, so you are suggesting, to build more subways and closing off the bus stops each one of those… is it ?

The issue is that the number of vehicles is limited and they spawn very slow. So more taxu stands for example won’t bring more vehicles at a certain point. If you have hundreds passengers waiting at the same taxi stand, it can take hours to clean that stand up.

I do usually keep one or two active as decoration but the rest must be handled by subways. In the hope there won’t be a subway breakdown emergency.

Thanks for suggestions. Will try and report back.

Side note - will such population surge slow down the game due to shear pressure on CPU ? I have observed deterioration on performance gradually as the airport and population are built…

Depends on your hardware. But if you notice now some lags you will guaranteed notice a performance boost when all those thousands arrivals go to the subway.

Can you screenshot what the 70,000 people waiting for transport looks like? I am just curious to see.

Issue is now resolved with combination of actions -

I think we can close this thread.

Suggestions for developers though - see if we can handle jetway entrances to visibly show the zone they are in. That will force players to ensure they mark those appropriately…

All my 70000 passengers were stuck and hidden “inside” these walls.

The classic. But how was your game still playable? Normally this brings the CPU to death.

But true, the zone after the jetway exit shoult zone itself same as for non jetway stands. So then latest after a reload the issue would be solved.

My only chance to get it back to life was to keep in-flow minimal… so closed the runway. Good thing was I had cash reserves so could sustain. every 5000 less added 1-2 fps back…