Airline Description: Founded in Krakow in 1967, Polskair has worked it’s way into becoming an international brand. Retaining traditional values and plans, this airline is in the process of modernising to keep up with the modern trends of customer services. With hubs around the globe, Polskair is on it’s way to becoming a world renowned airline!
Airline CEO Name: Feliks Adamski 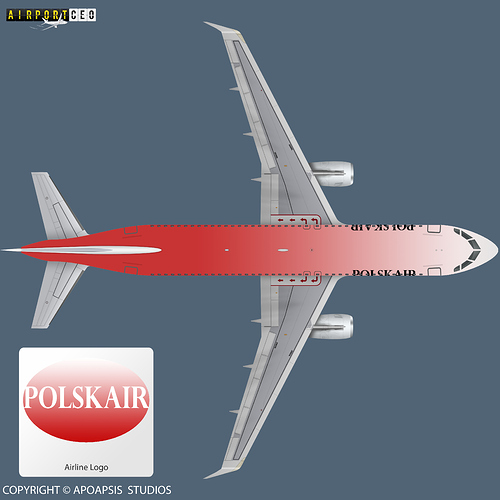 This was terrible! Forget this thread happened

It’s always good to reflect on your mistakes. I see that you’ve been looking at a lot of the designs. Try choosing some that you like and seeing why you actually like those designs. Then use some of the design features that you saw in a new livery for the airline. I’m sure you can do it!

Thanks! I wish I could make something like this for the contest though

Airline Design Contest Submission Airline Name: Angel Air Airline Description: When CEO Dan Stephens found a large amount of inheritance had been left to him; he followed his dream and bought a small aircraft. Soon, he was ferrying passengers across the country in multiple small planes. With increasing profits, Angel Air has become the fastest growing airline in the world! The business has gone international and recently ordered multiple medium weight planes allowing them to continue this gro…