This may be a bug but may be programming.

Can you show us how it is happening? Plane push back itself?

I’f the pushback trucks are late and another flight is waiting sometimes the planes, push themselves back. Now this is possible but that method of departing a gate is long gone. This should be fixed if it is a bug, but if it’s not it’s because you pushback trucks are too far away to get to you planes in time.

not for me. even when nothing is waiting behind and traffic is clear the plane automatically starts push back just before the truck arrives. there’s like a 2-3 second before the pushback joins the plane and pushes it back

What it could be is the debugging system pushing back your plane because an error is the code is saying the plane is stuck.

You can still push back manually by clicking the button called “dismiss aircraft” in the stand screen. I’m pretty sure it’s the same system the debugging panel uses for “stuck airplanes”.

Do you have setting “always send away” enabled?

As I recognised plane is pushing back by itself if pushback truck is late, if that setting is made, or if I dismiss plane manually.

As “always send away” still isn’t working properly, this doesn’t happen continously… at least at my airports…

I can confirm that the animation cycle for pushback trucks are disconnected. 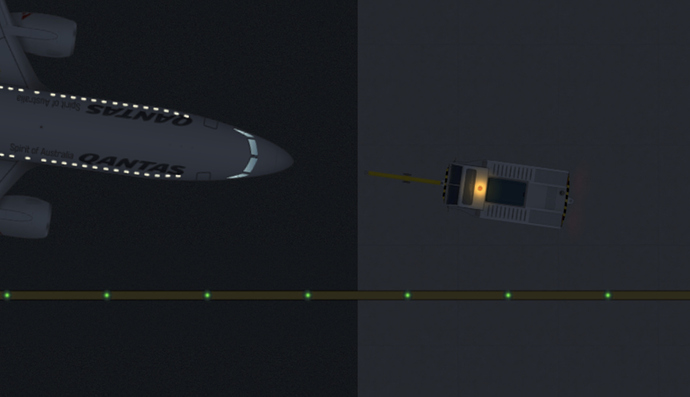 to break this bug you have to don’t buy any pushbacks trucks , and click on the remote stand to dismiss the aircraft without pushback trucs

Yans when you click dismiss aircraft the system automatically push back aircraft in order to skip any deadlock. @Rubble game speed was 2x or 3x ?

EDIT: One the job