Performance of the Game

Hi, I got a question about this game. Will it be laggy like in SimAirport when there are lots of people in the airport? I feel like if it will be as laggy as that game it will break the immersion. Which I really don`t want to see and in this game.

I am sure there will be. But we will see on third gameplay video how much it will be effective on our gameplay. A lag that drops FPS from 60 to 59, or a lag that causes CTD

I’m almost certain every effort is being made to reduce the impact on your system. As you can see in previous dev logs they’ve talked about performance enhancing a lot, for example the removal of the physics system.

This of course is very system dependent as is any computer program and thus if you’re trying to run an airport that services 20,000 people on a potato then you’re probably not gonna get a very high fps.

I’ll be super happy if my 9yr desktop is able to hold 5 passengers at 30FPS… i highly doubt that. If it does, I’ll salute the Devs.

My laptop is just 2yr old… but again shitty. I guess it can simulate 100passegers max. I am thinking of buying a new laptop for AAA games like Crysis.

There’s a rumour: If your laptop can run Crysis (obviously at 4K), it can run any game in this world.

Well, my GTX 780 resisted Crysis at high,now I really just don`t know what to say.

I know it won’t survive… that’s why i am looking for a budget gaming laptop… Or I’ll build one Desktop.

I have plenty of computers here at college!

And my 2 computers that I am allowed to use at home are pretty old, they could probably handle about 400 pax at 30 fps. But some of the ones here at Duke… They could easily handle 5,000 pax at 30 fps!

Hi
Like it is in alle Tycoon and Simulation Games your CPU has the Major Part to do. Your Graphic Card can partly go on Holidays for Airport CEO.
I hope the Devs make the Game working on up to 4 Cores or more

I know system requirements haven’t been released yet. But do you think it is realistic that I can play this game on a Macbook Pro (2,5 GHz Intel Core i5, 4GB RAM, Intel HD Graphics 4000 1536 MB) with an airport using about up to 20 gates?

The devs have tried a smaller airport on a similar machine without problems. Thats all we know

Imagine trying to build 212 gates like Heathrow… Forget SimAirport, that would kill your computer and wouldn’t even fit on the small toy map. I have a pimped up extra storage i7-45 on an Alienware 17 R2. Hope I can build something close to Heathrow. 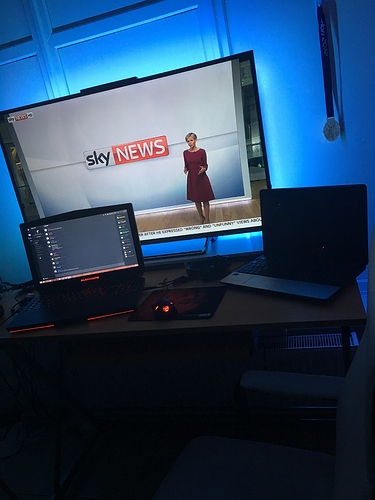 Performance is of course one of our top priorities and one of the main reason to the delays as have been pointed out in this thread. We’re regularly running performance tests along side development to make sure that there are no major memory leaks in terms of scripting as we develop new features. However, Unity-related stuff that can impact rendering is a bit more tricky, we’re experienced with writing efficient and low-impact code but not as experienced with Unity tooling. Of course we are making efforts here as well, our biggest challenges are to implement efficient shaders so that night and lights don’t stall the game and of course finding ways to more efficiently render all the objects that can be built. The sheer scale of the buildings in ACEO are our biggest performance challenge all and all.

Anyway, we’re developing on medium-end computers to facilitate this aspect. We can’t develop on low-end since Unity eats A LOT of memory, for example Fredrik’s six year old laptop is no good for development but can perhaps be used to test builds.

We’re currently developing the very last parts of the passenger cycle, we’ve run several stress tests but the current test airport is too small to accommodate a lot of traffic. We’ll soon try to build something a lot bigger and really try to push the engine to its limits and see where we’re currently at in terms of number of simulated agents. We are of course also dealing with two different aspects, handling perhaps 2000 agents at normal game speed could prove “easy” but if you then run the game at triple speed you’re looking at triple the times of data you need to handle on the same rig.

I’ll get back to talking about this once we know more in terms of simulated agents we can handle.