Passenger flux in the terminal

I was looking the screens and videos of the game and one thing that improves my interest in a game is the ability to improve the systems, expanding the building and solving the problems related to these expansions. In the pictures, the only places I saw lines or crowding were the check-in counters and security checks, and than the boarding room looked like a big room with only a few people. If I am to be superficial, it seems as building lots of check-in counters and lots of security checkpoints will solve all the passenger flux problems.

I know I cannot judge by those pictures since things have improved since them and will improve more, but I am curious about these points since they are the ones I care the most in a simulation game. Is the boarding room capacity (chairs, physical space, one gate too close to each other, too many stores close to the gates) going to be a challenge for us to manage? Is the passenger path, from the moment he gets into the terminal until he boards the plane, going to have problems (walking to much to get to the restrooms, lack of signs, big lines, crowded hallways)? Will there be any ways that we can improve the path the passenger take, improving passenger flux in the airport?

This came to my mind after I heard that a recently opened terminal was having some minor remodeling to improve passenger flux in a specific sector, since it was getting easily crowded. That is something I look forward in the game, observing a problem and looking for new ways to solve it.

I know this is exagerated but it kind of explains my point. 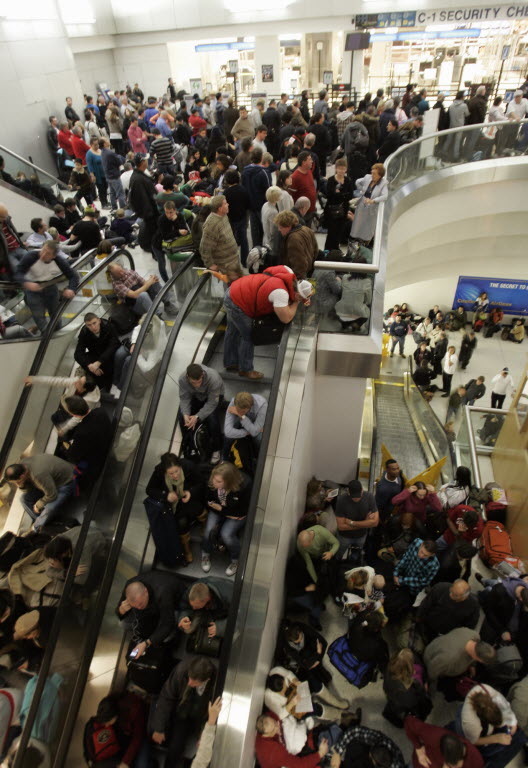 It’s not that much of an exaggeration. This was Chicago O’Hare in May of this year. Delays getting through TSA security were to blame. 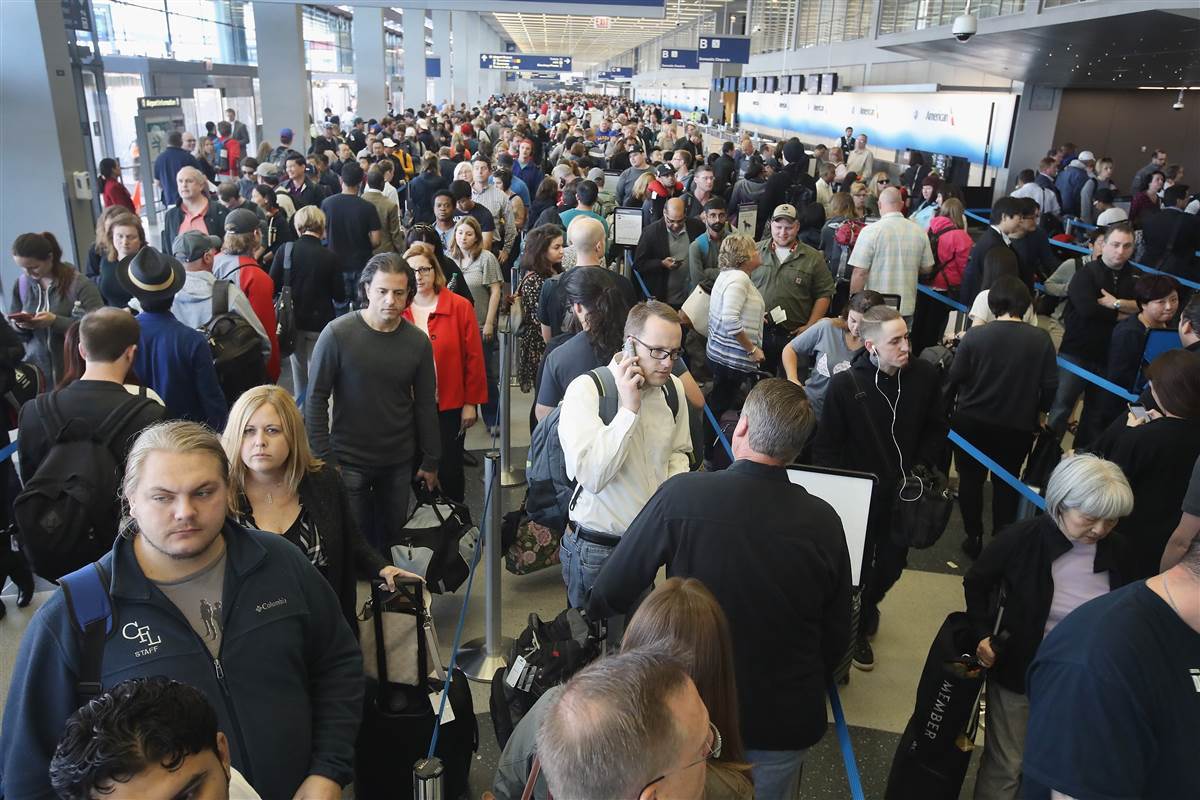 I’d like to see that idea implemented, along with the option to prioritize certain routes and possibly place temporary barriers in order to filter passengers.

This is the exact sort of thing I would love this game to implement. Putting down travelators for long stretches of the terminal, essentially creating lanes for people to walk down and barriers like on the London Undergrounds long tunnels to prevent two way traffic crashing and causing delays. Trying to optimise terminal design for in and outflow.

This is implemented in some ways but not in others. Queues, as you might have seen, do have a limited amount of space and when its full, people will flock outside. However, due to us completely removing the physics library we can no longer simulate area congestion as people walk directly through eachother. There are of course other means by which we can simulate this but its going to take some work to implement and we wont focus on this for the initial release. Once the complete passenger cycle is implemented, this is the sort or stuff we’ll look into.

When you say people flock outside, yet people can pass through each other, what is to stop all the people that can’t fit in the queue occupying the exact same space just outside the queue area? ie all on top of each other!
Although I don’t want to stress your plans too much I would like to point out that passenger flux is one of the largest parts of the design of transit terminals and not including it does feel like a bit of a cop out because surely you can just make 1 wide corridors with shops along the edges with no impact on how quickly the passengers can move which seems a bit of a cop out. But there’s no point making a wider corridor because the width won’t get used…?

But then again, the game is not called Airport Passenger Flux Simulator 2017. There is nothing stopping them, as I said right now, from walking through eachother. We will look into how congestion can affect the simulation, but already now building too short queues, having too few check-in desks, having too few toilets, seats, customs booths, etcetera, will have an impact on the passenger flow through the terminal. Dynamic queues also affect pssenger path finding and stuff like that. It’s all about tradeoffs, do you want the game to accurately simulate a physics based congestion of a few hundred passengers or to simulate an entire airport with several thousands passengers, where congestion is not “fluid accurate” but can be expressed in other ways?

Are we going to see a big terminal gameplay video in the next weeks? This way we may see if our expectations regarding the terminal expansions are going to be fulfilled or if the lack of congestion simulation will be a negative point of the game.

A revive to this topic… In the video, they walk through each other… What is the point of walls if the passengers go through them? I don’t want to stress you out, but that is really important.

Relax. They stated in a devlog that passengers walk through each other since they removed the performance-heavy physics. They also stated it will be fixed later