My idea consists of several key components that I believe will help traffic flow inside of your airport. One of the first items on my list is something that a handful of airport already has today, a shuttle inside of the terminals. This should be implemented because it would help reduce the number of passengers that are late to their gates because of the far proximity from the security checkpoint to where their gate is. This could also help staff arrive on time to far away gates.

The next component of my idea to help passenger traffic move faster and less congested is similar to some airports that I have seen operate, which would be to assign security checkpoints to certain gates, which would lower the traffic going through each checkpoint, which would speed up the process of transferring from the entrance into the secure zone.

I believe that both of my ideas will benefit anyone who has noticed that their passengers or staff are consistently late to where they are supposed to be, and those who like to maintain larger airports, like myself, who need a method to move staff and passengers around their airports fast enough, so the flight schedule stays on time.

Please feel free to comment with any questions you may have, as I would be happy to answer them.

Having more then one secure zone it’s self causes issues with in the game therefore having multiple secure zones will cause issues for pax at least that’s what happened when I tried something along that note. However I do agree with your general idea that there is lack of transportation with in the airport. I feel other methods of transport could be better such as a mini rail like the one in Hamad International Airport or having treadmills that speed up walking speed of pax allowing them to get to different ends of the airport at a faster pace. If you don’t understand what exactly I mean I will be happy to provide pictures of what I mean.

It would be enough to be able to connect(like the baggage Bay) security-checkpoints to specific Boarding-Gates and have a inter Terminal Bus. 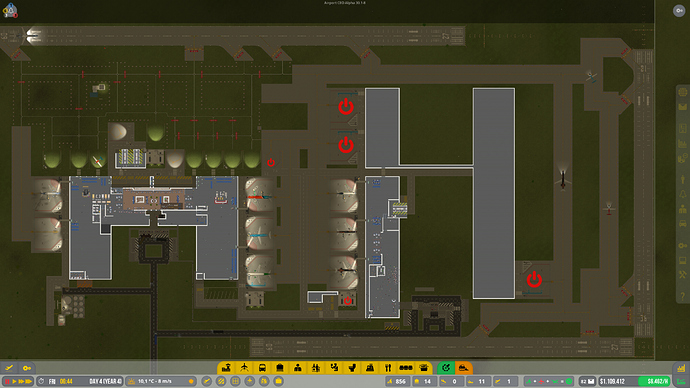