Fictional airport serving Toronto, Canada. This was created primarily in sandbox however the costs were often applied in standard gameplay and developed over time

Single runway, single terminal, single level airport! set myself the challenge of keeping the terminal only to ground level and as compact as possible. Initially the airport opened with only the small stands.

Any queries or to see close ups of any of the features for ideas, just let me know! 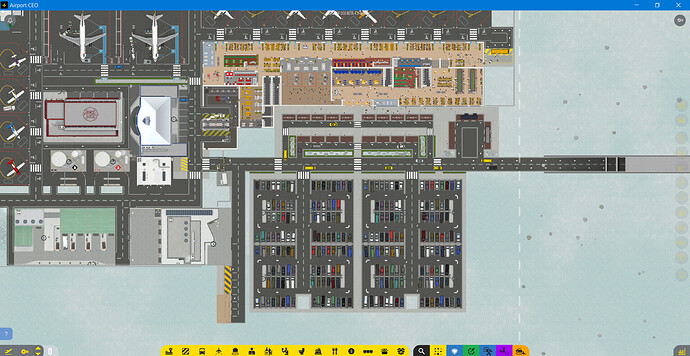 Shown below is a close up of the terminal interior. Entering the terminal, there is a compact automated bag drop area with plenty of seating for customers waiting to check-in. Also, there is a small coffee shop and a convenience store. 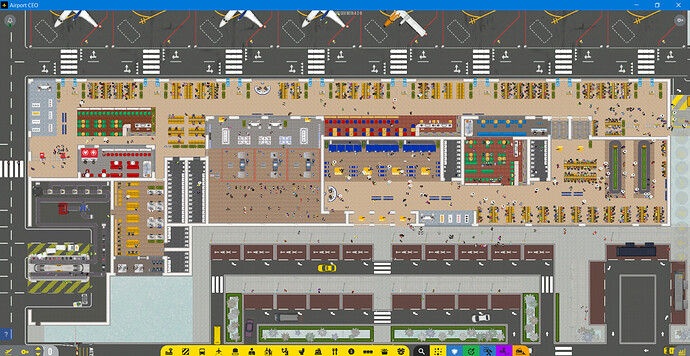 3x medium security search areas for passengers ensure smooth flow of passengers into the secure area though queues do peak occasionally back to the automatic door from Check-In hall. Immediately after security is the main shop leading into the shared departures/arrivals secure zone. 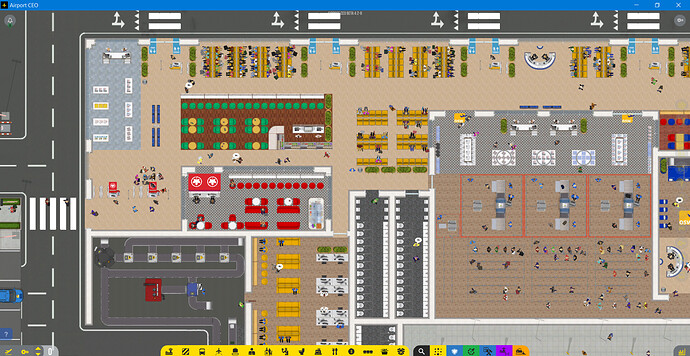 In total there are 2 shops, 2 food outlets and also 2 airline lounges serving Air Canada and Air Choice One (mod chosen as it has small aircraft only, additionally Maple Express is contracted at OSW). Baggage sorting and staff rooms are positioned near the security area, with a spacious staff room with separate executive office and toilets for staff. Whilst compact, there is still plenty of seating available should all gates be used simultaneously. 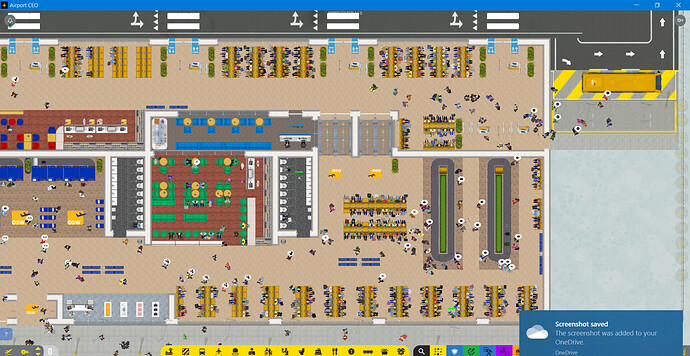 Medium boarding desks were recently upgraded to 1-2 automated desks alongside a small staffed desk, plus the addition of two remote stands though the airport is limited to one bus parking bay for remote stands due to limited space. The remote desks are purposely positioned near the secure zone exit (arrivals route) to avoid crowding. 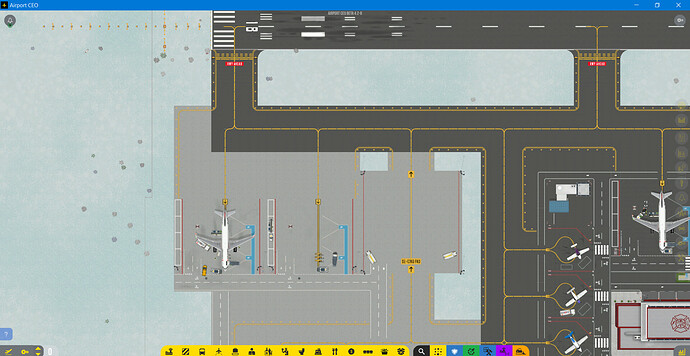 Plans are being considered to replace the current terminal, with a larger terminal across the runway from the current site, able to handle both domestic and international flights, replacing the current limited terminal. Longer term the existing site is proposed to be used for General Aviation and Maintenance, with a landmark new ATC tower.

Very nice, gl with making the most of a single runway 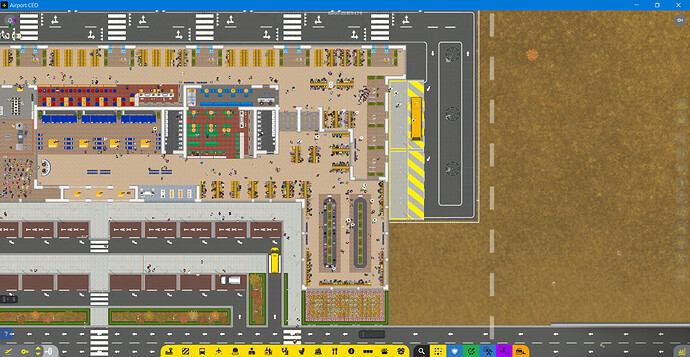 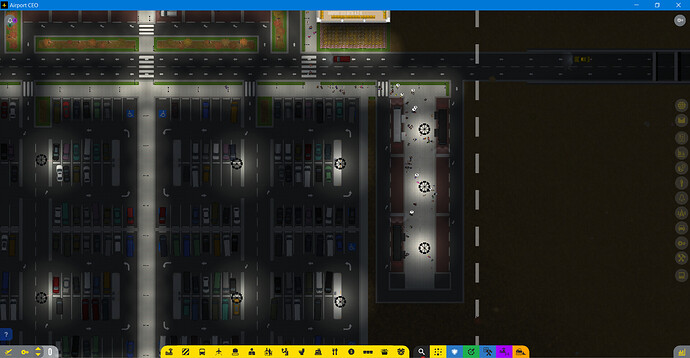