Hi guys, little preview here of my new modular/scaling airport. What do you think? Do you see any areas which could cause problems in the future? 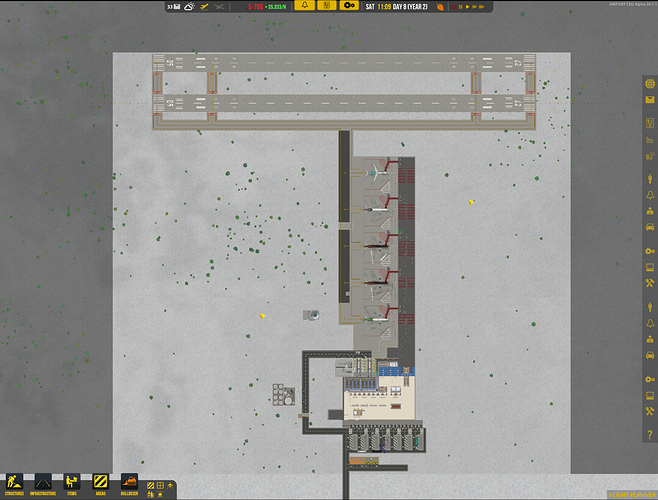 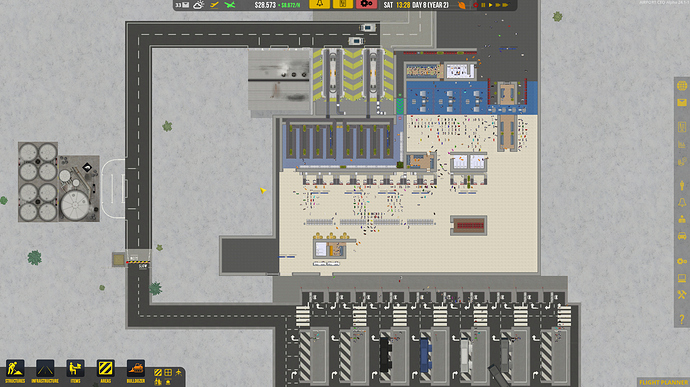 But it’s a very nice design, with lots of capacity for expansion!

You definitely need a parallel taxiway alongside gate area.

with 5 stands each side of the boarding-building the exist is no problem so far. When i put stands down mirrored, the terminal building will be expanded to the east and have another exit and baggage claim area.

that is quite an observation i’ve made so far, you’re right. That will cause trouble indeed moving the middle of the airport more to the left. Especially because i did calculate the buildings’ widths to fit just right into the starting square area

I’ve overcome the issue of planes blocked from pushback by releasing the top ones first from their stand (through flight planner). But that will be no long term solution i guess.

Something bothered me in the first total shot. I’ve missed one entire stand when putting the screens together

So here is the entire airport with two updates: 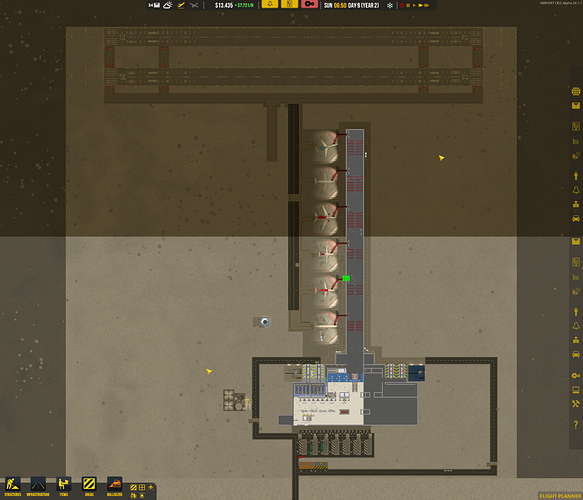 The exit with 6 planes at a time offboarding 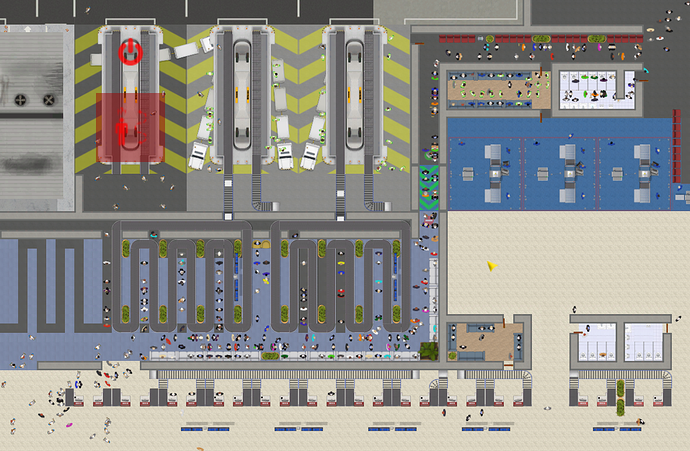 having the left side of the gate building finished i am now looking forward to mirror it to the right. that will put some stress on the infrastructure 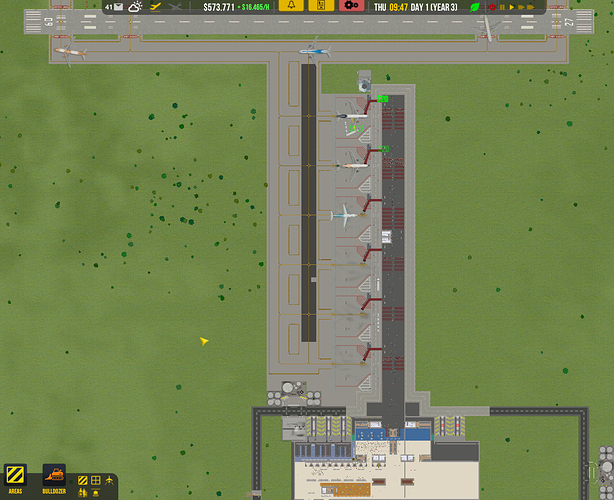 Well, I am beginner and my goal i someting like that.

I am a beginner too, and this is my third try so the chances for you to achieve your goal aren’t that bad

Well, I’ve now built the terminal to its full extend. Works fine but gives me a performance problem. Running on 4-6 fps at times is unfortunately the end of this airport 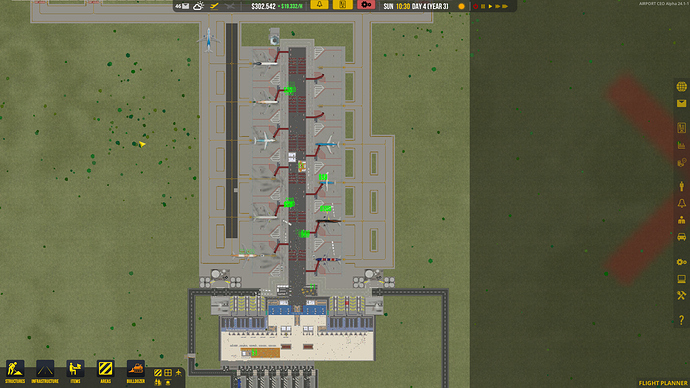 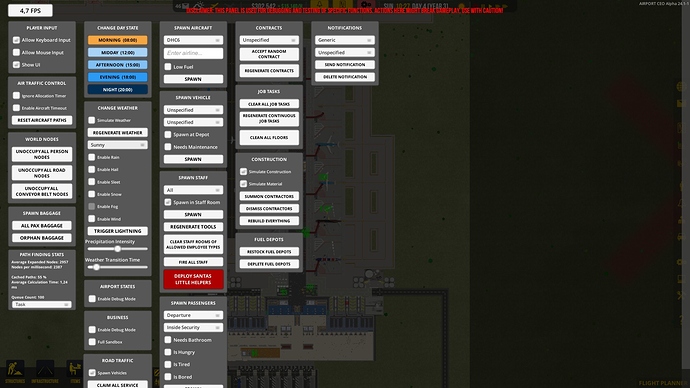 Well, I’ve now built the terminal to its full extend. Works fine but gives me a performance problem. Running on 4-6 fps at times is unfortunately the end of this airport

Would really approve this