Hi everyone! As a way to get myself hyped up for AirportCEO I decided I would spend time working on my graphic design skills by recreating the AirportCEO CRJ-700 from the Airline Design Contest. For those who are not interested in a comparison of the two and what I learned from this project then here is the finished picture for you. 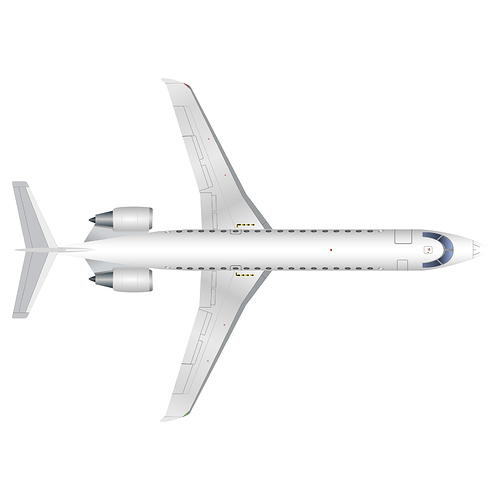 This right here is my finished product. Below is the original image I worked off of. 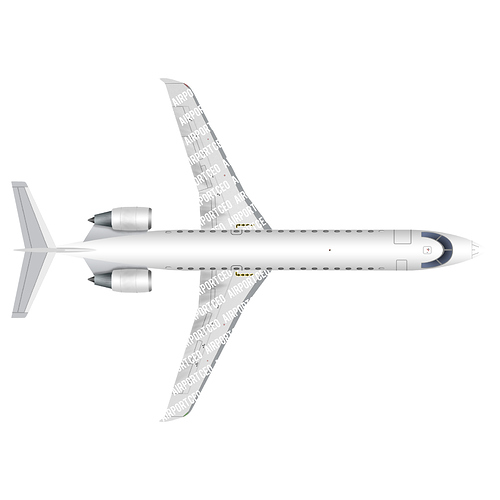 So yeah. That’s what it looks like! Now let’s get into what I learned and what’s different between the two.

The shape of the aircraft to me looks very similar to the original. No surprise there. From starting right here I learned a lot about getting the shapes that I want exact and also a lot about gradients. Before I started this I didn’t really think about using gradients at all. Now I truly know and understand the power of them.

One fine detail that you can see in the aircraft windows is that there is a little shine/glare to it. Instead of just doing a solid color with a little bit of shading I decided to see how it would look with a shine/glare looking gradient. In the end, I ended up liking it better. The doors were pretty straight forward and the cockpit window too. Although the gradient for the cockpit windows did trip me up a little bit. As you can see instead of having it go dark to light like the original somehow for the front windows it got a little too bright. Now realizing this I probably should have made the windows one shape and not separately and then use a radial gradient.

The tail again was another pretty easy part. Although when I was making it I didn’t expect to see a lot of detail there. If you zoom into the original image you can see that there are really small weld marks. Great job there devs! I attempted to do that same thing although it didn’t really look that right. So I opted to just not put them in.

The engines were another part that was pretty easy. Again there we lot’s of gradients needed. The part that surprised me was the detail in the engine shadows. On the original, you could tell it was used with a Photoshop brush of some sort and then had the opacity pretty low. I did not use Photoshop for this and instead used Inkscape. So I didn’t really know the best way to go about it. I tried some things but none of them were able to get the same effect. So I took the shape of the engine, applied a gradient, and called it a day.

The last part I did was the wings. Overall they came out pretty well. The one part which I wasn’t able to replicate was the wing shadowing. I did use some gradients again to try and reach the same effect. Overall it does have a much cleaner look than the original. Even without the watermark.

Overall I think I did a pretty good job replicating the whole aircraft and even throwing my own twists. I can really now apprecieate the design and time spent on the developers for creating the aircraft. The next project I will do is most likely taking a top down view blueprint of another aircraft and then building and doing all of the design work myself. And not trying to match an image. If you got this far then thanks for reading my post!

Thanks! I’m a programmer so when it comes to the graphic side of things I don’t really shine very well. So this is a big step for me.

Looks really nice! Now make an Airbus A320 or some other medium aircraft and we’ll give you a free copy of Airport CEO…

Wish i had that skill lol

Depending on if it’s possible to add your own custom planes, I’ll convert this into something people can add to their own game. It needs a bit of work around the engine exhaust and some sharing on the tail, but it’s not bad for an hour or so of work. 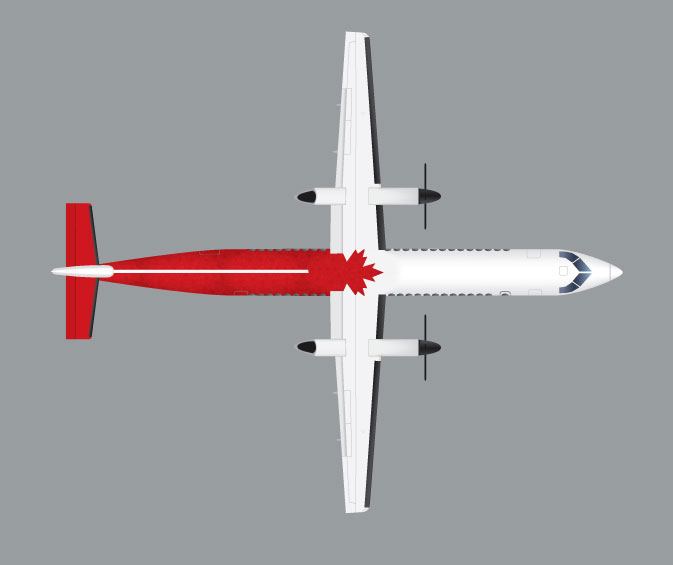 Wether you are joking or not, challenge accepted.

Depending on if it’s possible to add your own custom planes, I’ll convert this into something people can add to their own game. It needs a bit of work around the engine exhaust and some sharing on the tail, but it’s not bad for an hour or so of work.

I am not certain at what moddable stage the aircrafts are right now since @Fredrik owns this part of the code but I do know that he’s prepared for it. You can mod in your own shops as of now and our ambition is to do the same with the aircrafts, however it’s a bit more complicated since we have a livery system to take into account as well as all the detailing with flaps and doors and lights and so on. Basically, the planes are not implemented into the game as a whole object which you’ve drawn but they are instead broken up into different parts to account for all the stuff I mentioned.

Which reminds me. Will we get religion zone? With a possibility to marry Vegas style?

I figured, it was a bit more complicated than “Here is a picture”

I would have a go at an A320, but image drawing and editing are surprisingly not two of my many skills!

(To be honest, if I was forced to, I would probably end up copying and pasting from the internet - that’s how useless I am!)

How is it going with your a320 Sprite?

I, unfortunately, have not had much time to work on it, but here is the silhouette of it.

Hopefully this week I’ll be able to get started on adding color and gradients to it and then finish it with adding lots of detail.

Forgot to mention I made this 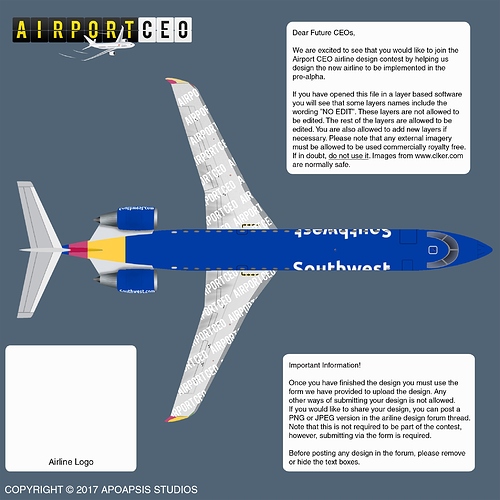 We are still waiting for your A320. I guess you didn’t have much free time.