Well Hello, Here is my first attempt of on being a CEO. Played in easy mode. 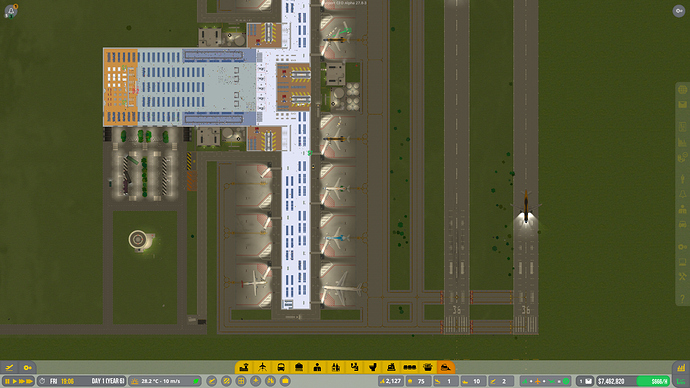 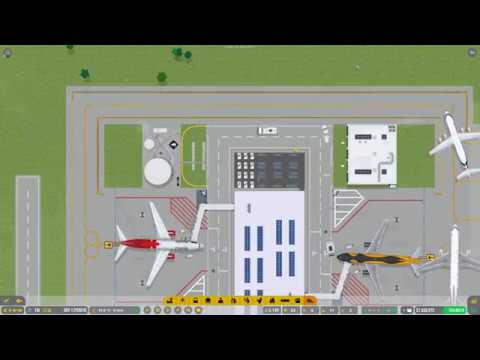 I was initially planning to setup 3 sections left right and top. But game already struggling with this many people.
I rarely get delayed flights now. Got all the people getting stuck issues resolved.

Few design flaws because of being noob gamer.
whole design should have been higher towards the top did not leave enough space to put extra needed items down below.
need at least double check-in lines and maybe 2 - 3 more security check points. And a bigger baggage claim areas. Currently 7 mid-size terminals share one section of baggage claim. It gets full easily so I hid a large section so it does not lock up with existing baggage’s.

(Oh I can reply to it with the same pic urls, so i guess i can cheat around the limit. ) 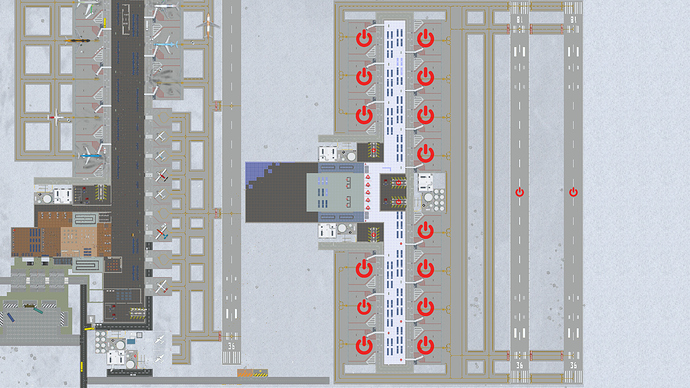 After long delay, first time opening food service, which was way too late. 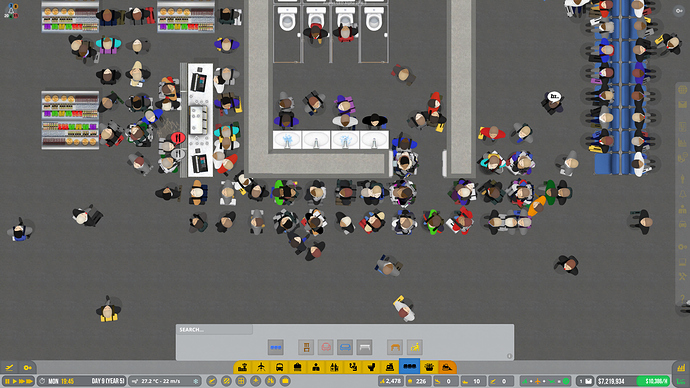 Looks like they’re pretty hungry - you should probably open more restaurants or have more counters in the same restaurant. That’s what I do for crowded restaurants.

Yeah I increased it to 3 different locations. and the main entry one got 4 counters now. Check the video has it upgraded version. The game needs some extra challenges tho. not sure what else to do besides keep adding terminals.

Woah! That’s pretty impressive! Looks like a pretty interesting design and a few hours spent on it to say the least. Nice!

I might do a small plane terminals on the left leaving the top for LARGE PLANES when they (if they ever) become available. 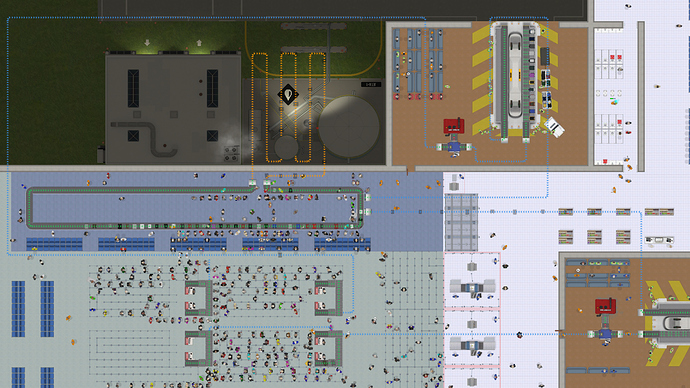 Slight queue issues tho, those medium size terminals take a lot of queue 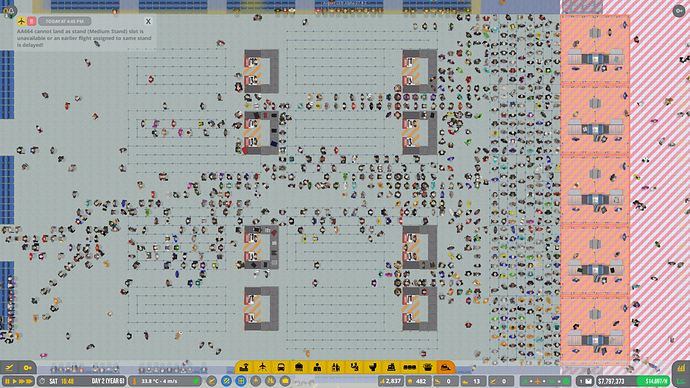 Current Final Look. Might come back to do the left side and top sides to make bigger layout. 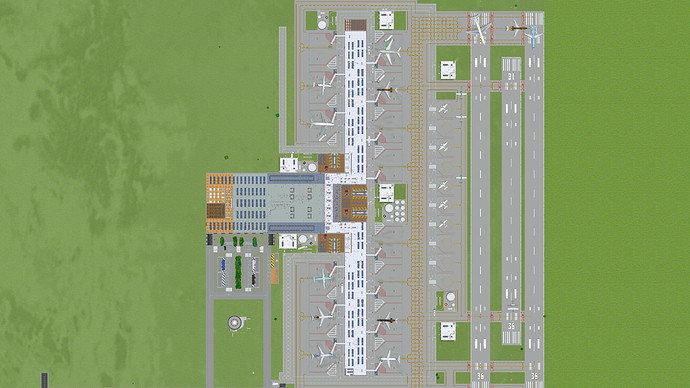 image1920×1080 946 KB
The center runway is for GA only outer ones are for mid size only.
Outsides were one depart one arrival which I changed to have both on both so they get used more often. Seems to work better.
obviously this wont happen like this in real life but I am trying to have high efficiency and happy customers.
Airline happiness going up. GA just doesn’t change from 50.