i have been trying to create a multi baggage bay so my ramp agents can be divided per stand and carrusel, but no matter what i do it does not works and show the icon on the image.

Please notice that all it is connected properly. 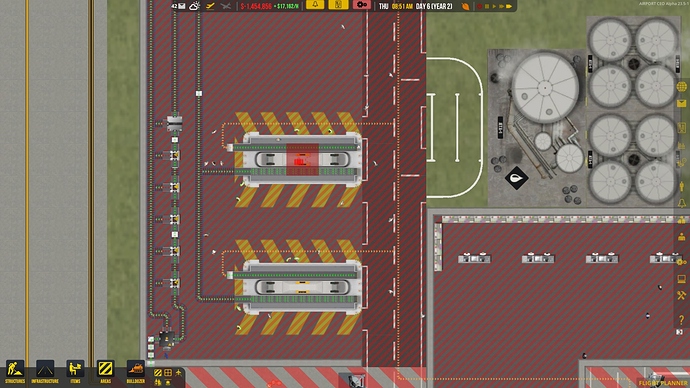 You need a tilt tray at the junction for the cargo bay with the Icon over it. As it is right now the bags can only go straight on and that’s it.

What @Playinagame said, tilt-tray needed on the belt-crossing with the first carousel. 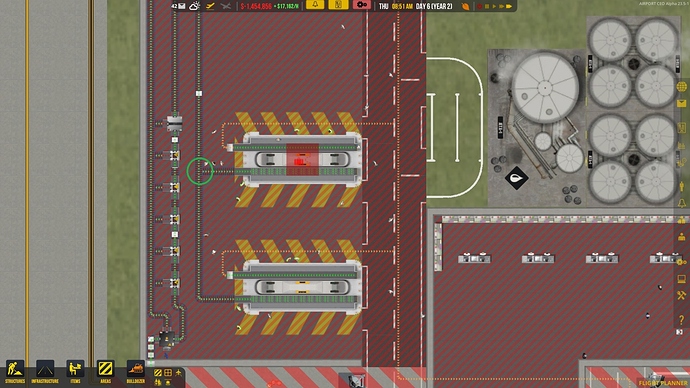 Place a tilt tray at green circle and set it “To Destination” and it will work.

I have a similar issue and also have tilt trays but still have pathing problem. 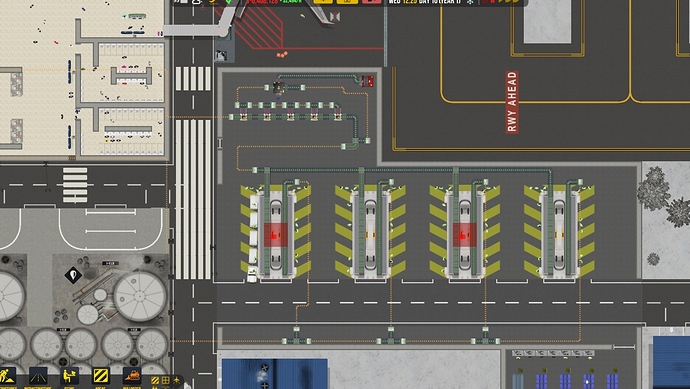 While I doubt this is causing your issue, you do not need tilt trays for converging conveyors. They are only necessary if they are diverging to two separate paths.

As for the issue at hand I only have two suggestions.

… now that I look more at it closer, this could be causing your issues. This tray could be trying to send the bags for those bays a different direction and screwing up the pathing.

Just do a normal conveyor there and see what happens… do that at all the other converging points too.

Changed it but still no luck. 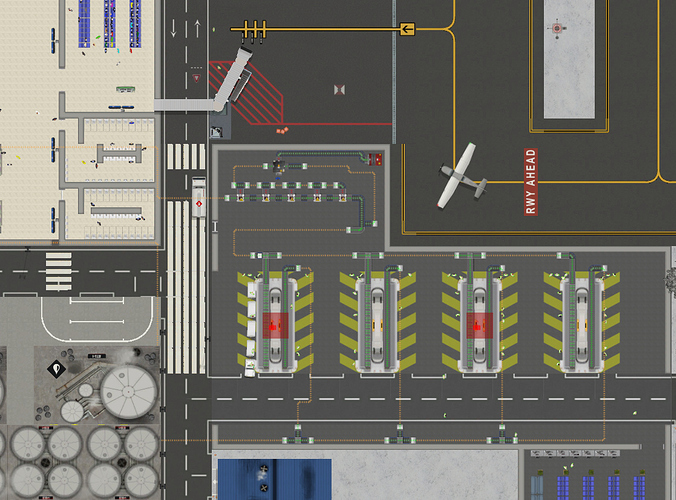 Also luggage is getting to the cargo drops with the tilt tray there or not but wont be picked up due to a pathing issue. 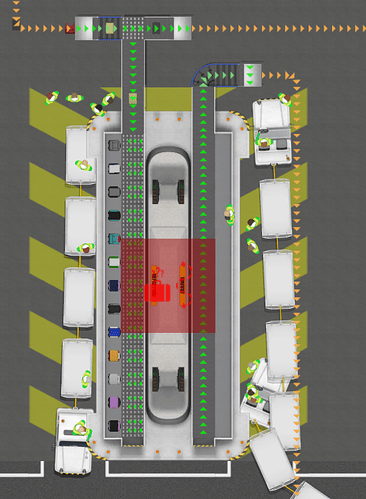 Which check-in desks is the bay connected to? The red box pops up when a bag cannot plot a path to the bay and is usually, as people here have pointed out, either caused by a wrong check-in desk connection or a single lacking conveyor belt tile somewhere along the path.