MLB is my hometown airport, and it is perfect to replicate in ACEO because it is truly a 1-level terminal (for passenger ops). You enter/exit the terminal on ground level, and at security, the terminal floor gradually slopes up to the jetway level; hence the perfect test airport! I also really lucked out that MLB does do some portions of its “diagonal walls” as ACEO would force us to do.

In real life, the only portion of the terminal used for regular ops is the North/South arm (Gates 1-7). The 3 gates in my version off to the West are what MLB refers to as the “International Concourse” (anyone from FL will laugh at this designation). I believe in real life that these gates are arrival-only, and then the aircraft shuttle over to the other gates for their departures. However, MLB has never had regular international service since I’ve lived there, but we can go with that

. These international gates do have their own dedicated U.S. CBP and their own, 3rd baggage carousel, but why bother in ACEO (waste of space).

Can’t wait for 2-level terminals because MLB is technically 2-levels in the international concourse for arrivals, and the airport’s Master Plan renovations confirm that, with escalators into (domestic) baggage claim. There are also offices above the international concourse, and below the domestic concourse, which would allow for a more realistic passenger-side of the terminal, as well as better vehicle routing. 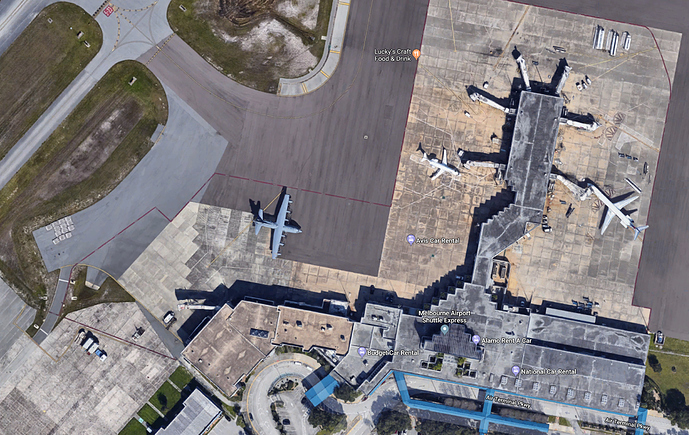 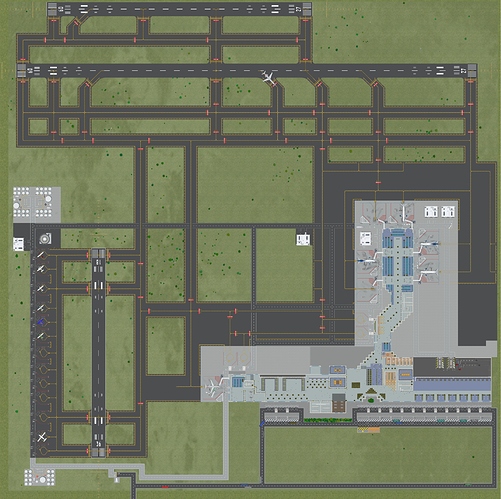 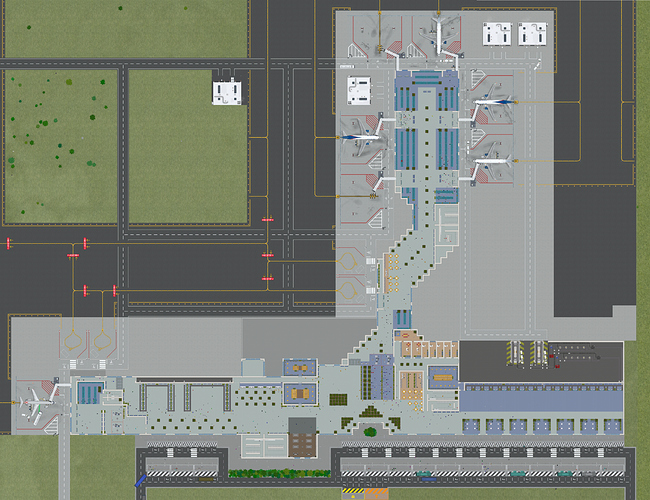 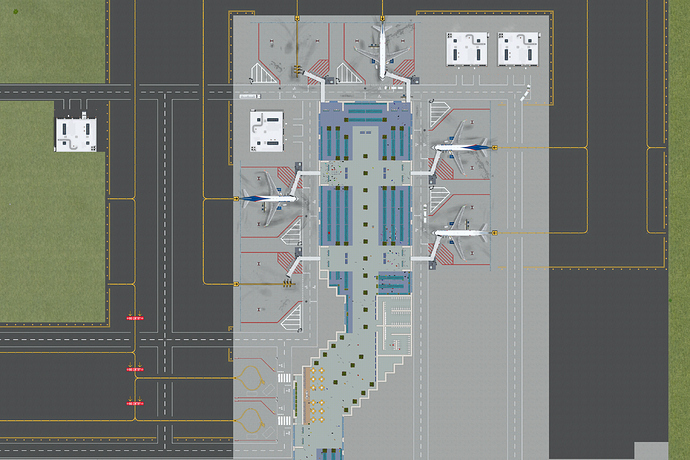 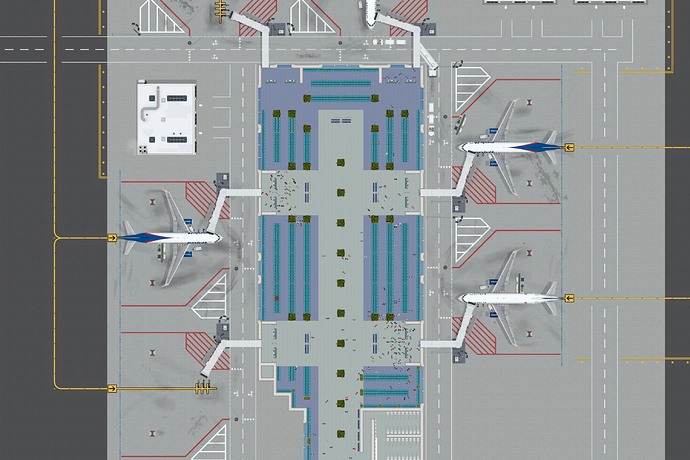 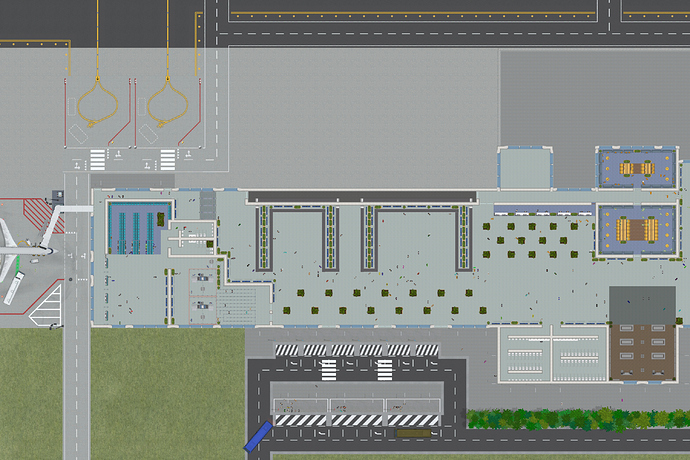 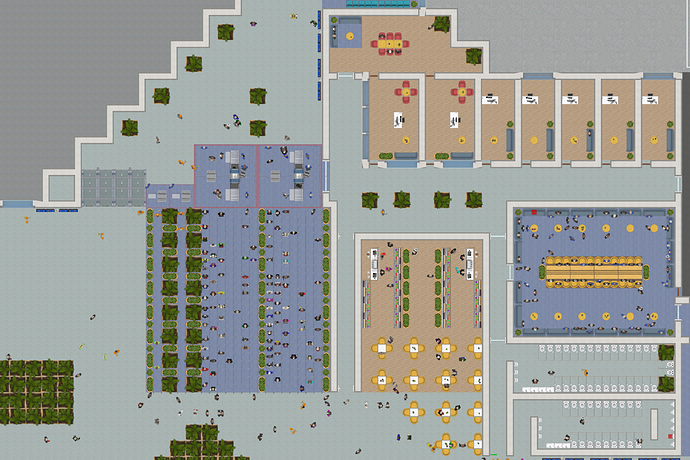 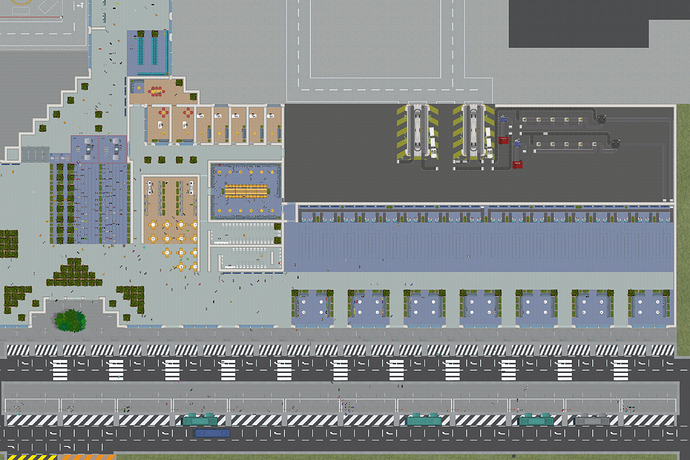 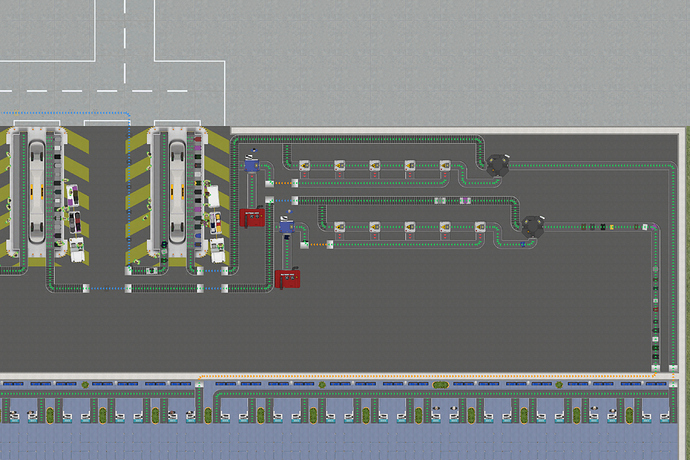 I also plan on expanding the airport according to the airport’s Master Plan, which is a very detailed PDF haha. That includes bridging the concourses, extending the International concourse to the south, and extending the domestic concourse to the north. The international expansion would remove my two small, international gates, and add 3 more jetways starting there and moving east, and then 2 more jetways south of the existing one, ending with a remote stand after that. The domestic extension is to be wider than the current, allowing for one more gate on the east and west sides, and 3 in a row on the north (a total of 5 more gates here). This also has plans for a 3rd baggage claim where my info desks are, just east of the existing baggage claim. Thanks for the rant and attention; stay tuned!

Looks amazing!!! You also manage to really imitate the airport in real life very well, honestly, I am terrible at copying real life airports, I make them look clumsy and disproportionate so, again, congrats to you!