I visited my sister this weekend for a Spa-day (Sauna in Amsterdam) and decided to load the airport to see if it would work on her (faster) laptop but no joy. I was able to let the game finish most of the build and used photoshop to let you know what the final build would look like if the 29.10.3 update would not have bugged the whole build (see insert for the actuall upgraded and extended runway). I have added a few more screenshots to show some details. 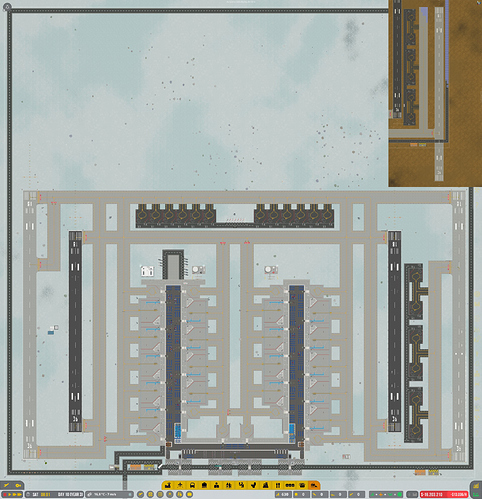 The following screenshots will show you two staff rooms i made. One with a seperate room for the bigshots. 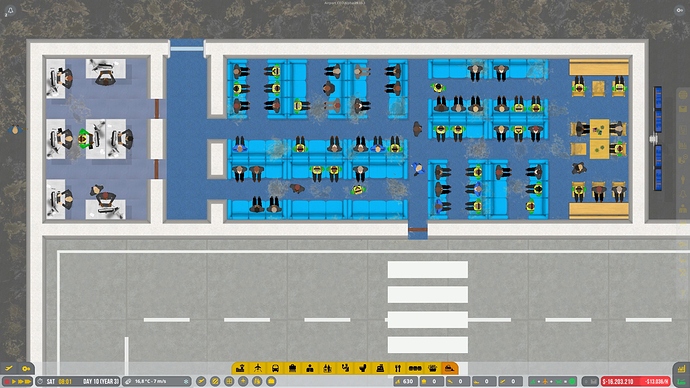 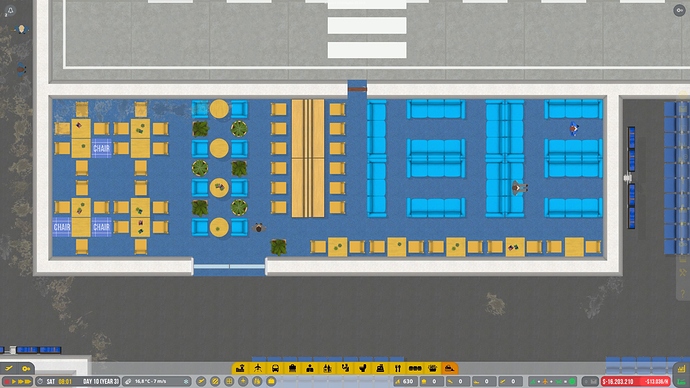 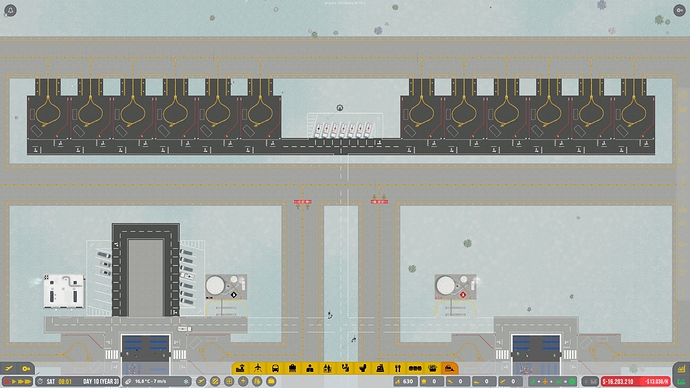 On the east side i decided to build additional GA-spots but slightly different (note: this screenshot was taken with the airport turned 90 degree to the right): 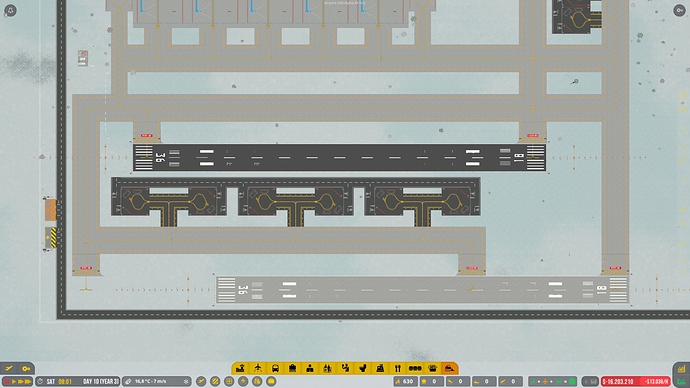 I’ll hold of building a new airport for now untill the game is a bit more stable. Due to my laptop being ancient, building an airport takes me two whole days.