Airline Name: MARS
Airline Description: MARS was founded in 1986 by Michael Amadeus Richard Strund, a wealthy Swiss billionaire, as an airline for business customers with destinations throughout Europe.
Early on, he was able to expand his business by acquiring smaller companies and now offers international flights for business customers. By expanding his fleet to 10 Airbus A320 he is now trying to gain a foothold in the tourism industry for medium-sized customers.
Airline CEO Name: Michael Strund
Airline Design Image: 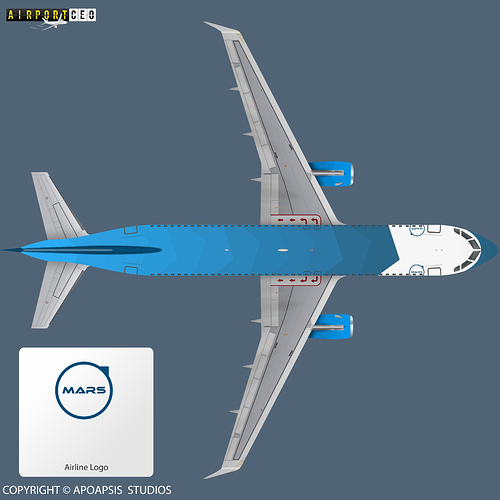 Since you colored the background the nose of the plain has almost vanished.

I do like the changes of the blue colors throughout the fuselage, however, maybe instead of sharp angles like so many of the entries, maybe arcs or something smoother would look really nice.

At first I thought so too, but with the other competitors there are already so many round shapes in their proposals.
That with the nose is a bit unhappy at the moment, right.
But now it is too late. As a new member in the forum I was unfortunately only able to create three posts. Unfortunately my fourth picture has already been lost.
Thanks for your Feedback