Liberty Airlines - Fly on the wings of Liberty

Airline Description: Liberty Airlines is the flagship airline of the United States, it began in the 1950s as a relatively small domestic airline but slowly grew into a major international carrier by the 1970s, in the 80s they merged with another airline company, Western Air, and became the largest airline in the United States.

They have several hundred flights a day inside of Canada, the US, Mexico, and the Caribbean which they operate from their several hubs in North America. They also fly non-stop long haul flights from most of their hubs to locations outside of North America every day. 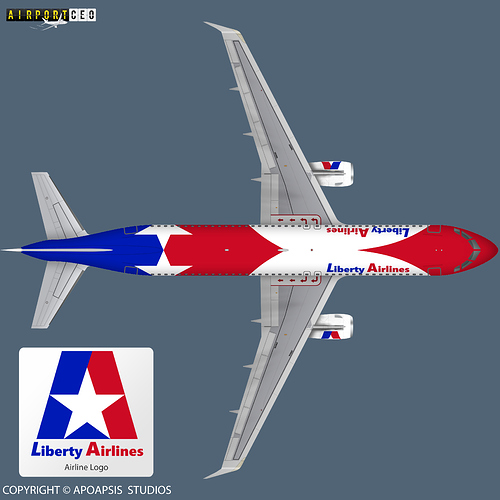