Okay, this idea is basically to do with the title - the In-Game Airline Fleet Variety and Rarity. So, you may be asking yourself what does this mean?, so I will elaborate…

So, at the moment, my, and probably a lot of others’ airports service a lot of A320s. And I mean a lot! 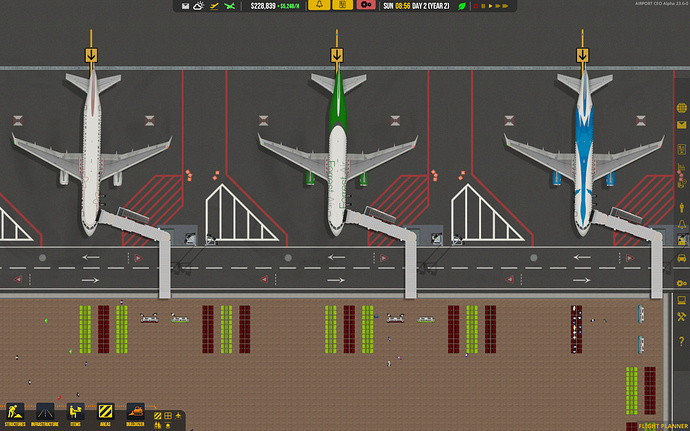 This is only really with the implementation of the new airlines, which currently only have the A320 in their fleet. So, in this thread, I would like to discuss what would be seen in an airport of small to medium scale in the real world…

As you correctly pointed out though, this is only cos they haven’t done all the liveries for the other models in the game yet? Surely This problem will largely rectify itself once this has happened.

The issue of realistic routes, load factors and aircraft models is a larger issue which I’m guessing will be resolved over a greater period of time? The work that they are doing with the unofficial mod data will hopefully be repurposed into the game to get realistic traffic for wherever you might decide to start building

Yeah, I missed that…

My idea is to have a focus on some aircraft, with some rare than others.
So, the A320s and 737-800s are the most common, for by say an ATR, followed by other, rarer type…

Hmmmm well yeah maybe you can have unique fleet percentages for certain airlines to more realistically simulate different fleet preferences. Like if you sign a contract with Ryanair you’re obviously only going to get 737s etc.

But I think it’s best we wait to see how the overhauled contract system will work first and then I’m sure it will be possible to add statistics like fleet into that?

I’ve been looking forward to the revamp for ages!