Airline Name: Golden Globe - Claim: “Your pleasure is our business”
Airline Description: Golden Globe was founded in 1965 in Hamburg, as the boom of air travel slowly grew bigger and bigger. The company was formed from a consortium of several major German financiers and has been focusing on large aircraft and international flights from the outset.
Over the years, they have founded several subsidiaries, including America, where they are now one of the largest providers of high-finance business customers.
Airline CEO Name: Lars Gründner
Airline Design Image: 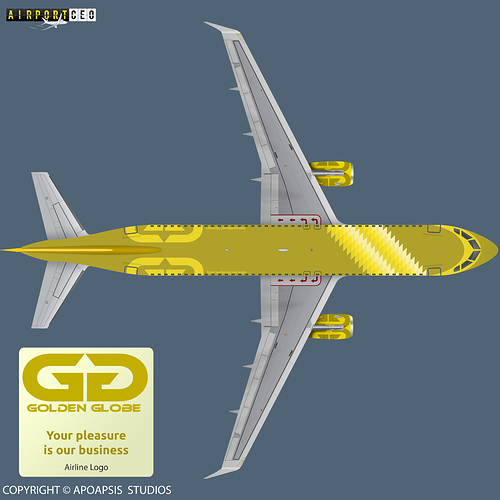