Game will not load

I have a fairly big problem! The game stopped opening!

Any help would be great!

So here are the solution ideas I got;

If these won’t work can you answer these;

And to other helpers, I think this screenshot is important; 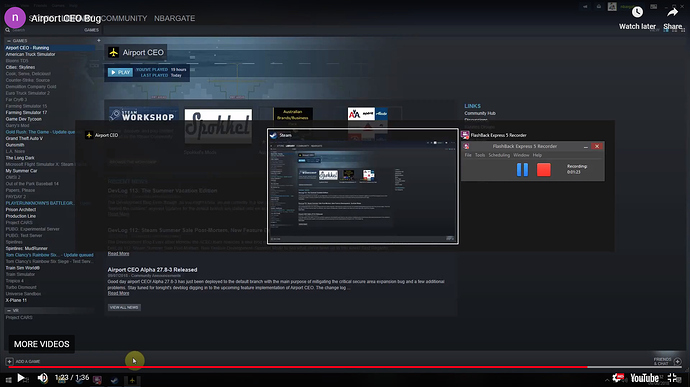 Thanks for getting back to me!

Why do you think that screenshot is important? Just interested

Why do you think that screenshot is important? Just interested

So maybe other helpers had any idea. Looks like your problem needs our master’s help. @Fredrik @Olof could you take a look at this topic please?

Hi, just wanted to add that I have this same problem, but on my iMac, it has never loaded past that initial settings screen, but on my older MacBook Pro, it works just fine. Both running the same OS and software.

Hmmmm, do you have KEXTs different? Any services different? I’m in a very similar setup but not found any load issues.

Not that I know of, I haven’t changed anything in either computer. The iMac was bought from Apple and then restored from my old computer backup. Everything should be the same unless the old computer had some differences that OS updates didn’t overwrite.

That’s strange. Have you tried booting in to “Safe Mode” then a normal reboot?

Just tried that, no change. The only difference I can think of between the computers is the iMac has a Radeon Pro 555 (2048MB) while the MacBook has Intel Iris (1536MB). Both have similar CPUs and the same amount of RAM, just at different speeds for both.

If you hold the option key down when you start the game do you get a choice of output devices? 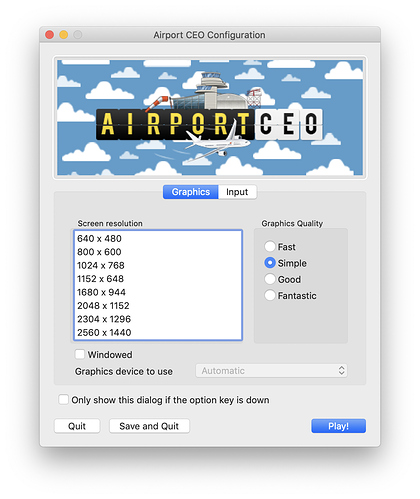 This is as far as I can go without the app quitting itself. It’s set to the highest resolution, but I’ve tried lower and windowed.

What’s the spec of the iMac and MBP?

Your iMac is a couple of years newer than mine, the MBP is about the same. I have a 2010 17" MBP as well and this all works good. Hmmmmm.

Can you look in your player.log for me please. Located in ~/Logs/Unity/

What does that say?

Why do you have a checkbox for not always starting the configuration while i don’t? 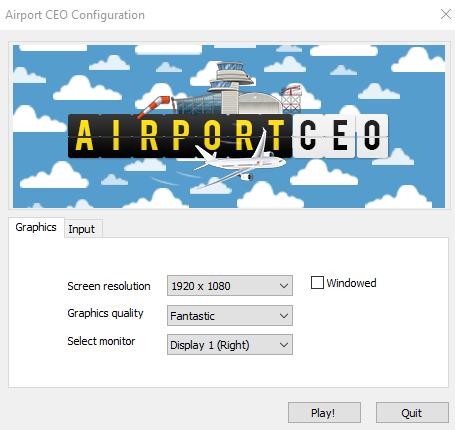 You can toggle it to show at the start in the options?

I never had this option anywhere, not in startup, not ingame.

Not sure, perhaps @jasperwillem could help on this one. I’m not that knowledge about Windows anymore. Given I used to be an admin (and developer) for the OS I understand. I stopped being an admin when Vista was launched and I didn’t move forward with it.

I don’t have a Unity folder in the iMac, only on the MBP

That’s a clue. Reinstall Steam and the game then.