I am trying to start the game and the loading screen crashes. 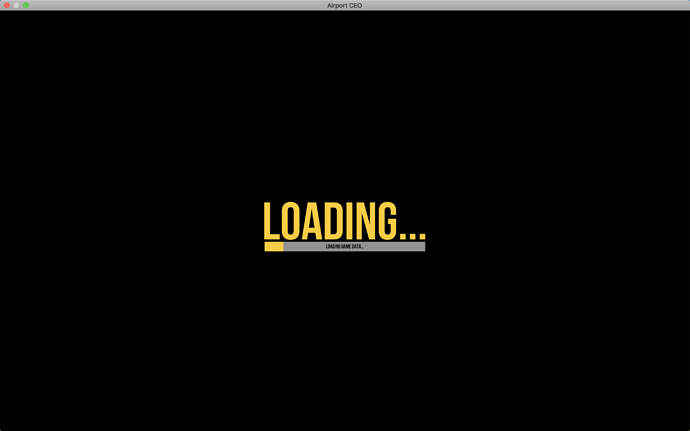 How large is the airport? Some large airports can take a long time to load but eventually come through depending in your hardware specs.

Ive had some airports take 30+ minutes to load…

I do too when they’re between 140 and 190mb ( didnt go higher, yet). For me this is mostle because i increased my worldsize, wich is why i know i can only blame myself.

I have this same issue, which is why I haven’t played the game recently. I have a brand new computer and no other game I play takes this long to load. It’s crazy it’s taking over 20mins to load a saved game. I’ve tried to report it but the in bug reporting system keeps failing. Frustrating!

I hope in the next update, they really gonna add increased performance. But that’s gonna be intended more for bigger instrafructure, so I don’t know.

Alpha 32.12-0 solved a semi common loading problem some persons had. As for loading performance, it’s something we’re looking at for Alpha 33.