So I just loaded my game at 18:00 ingame hours and just that moment all GA started leaving at the same time.
It’s a big airport with 18 GA stands, 3 small stands and 15 medium stands.

So pathfinding got kinda messup with the 17 GA planes driving al through each other. Until they got deadlocked. I had to use the debug to get them all going again. Reloading the game multiple times would still cause planes to drive through each other, but does not always result in a deadlock, probably because pathfinding is different every single time.

I’m aware that pathfinding is not optimal and this go wrong in the process, but I just wanted to share this as it might give some insight, or is completely useless 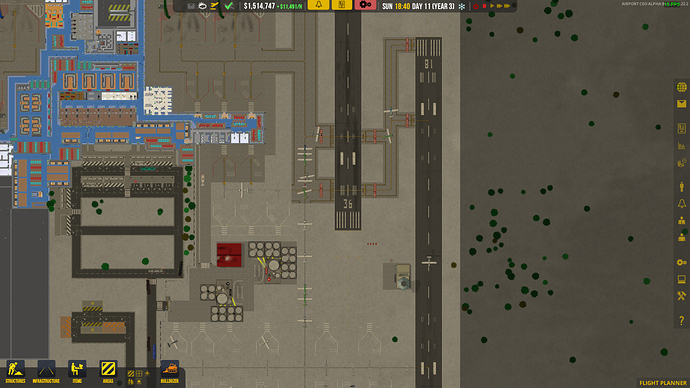 It is a know issue as the game does not store paths details. The means that when you reload the game, paths will not resume correctly but restart which can cause some collisions. Usually it should clear itself automatically after a while.