Hey anyone else got the problem that the new GA aircraft ( Piper) get stuck on the stand? Is there any trick to get it removed? If I reload the game the will approach again and get stuck again at the stand.
Thanks

Hello, can you show us some screenshots?

Does it only happens with the Piper? I can’t think of any specifically that would cause it to stall but then again it is not impossible.

Is this the native game Piper, or a Mod version?

It’s the nativ game Piper. When I got one parked on a stand save and reload, it will land again go to the stand, will not refuel ( even the 0% is green) and will miss it’s departure time. 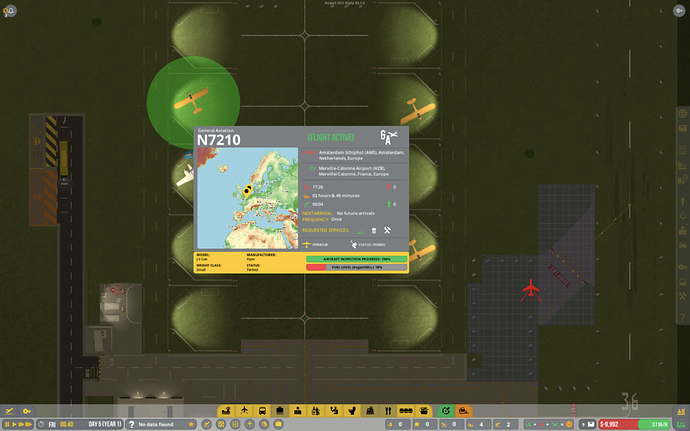 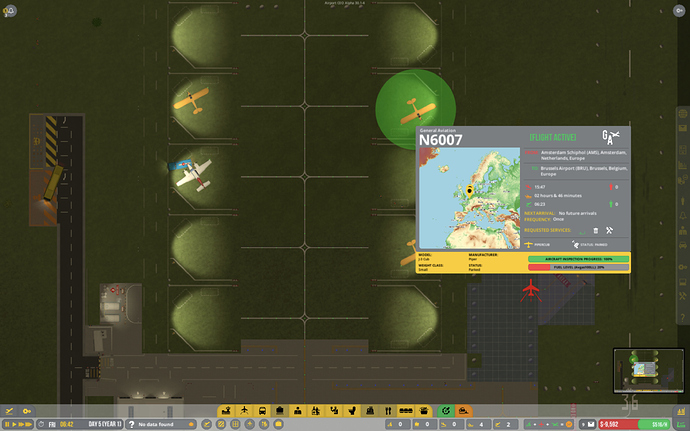 All Piper Aircraft disappear after save and reload. 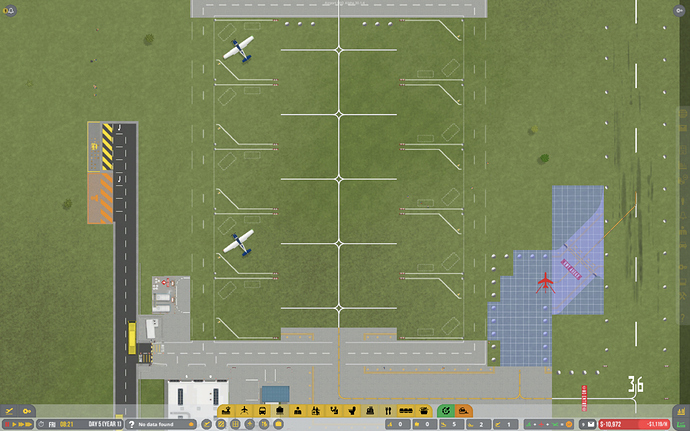 And return to my Airport, but do not leave. 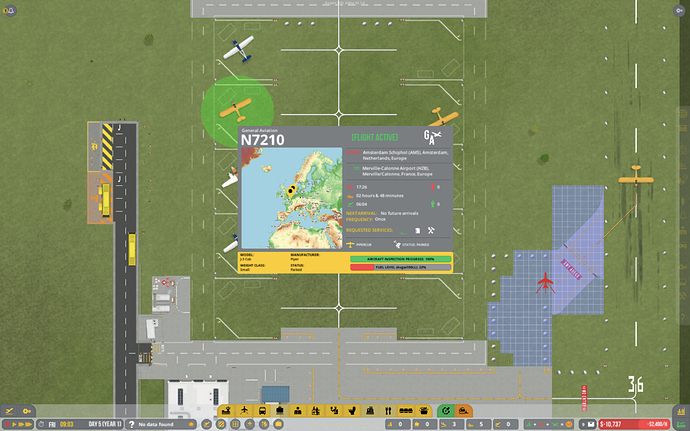 It also happend on grass only in a different savegame.

I think there is something strange with your case. I suggest you to send a bug report to developers via in-game bug report system.

Already done. Thanks for your help though.

And return to my Airport, but do not leave.

I can only see one finished runway entry in your screenshot, so maybe I’m wrong. Did you check if there is a finished/connected runway entry where aircrafts are allowed to enter the runway? The visible one is set to “Exit only”.

Did you check if there is a finished/connected runway entry where aircrafts are allowed to enter the runway?

Then all GA aircrafts should be stuck. But in this case, only Piper gets stuck

No there is one entry up in the north.