I seem to experience a recurring issue with fuel supply trucks which I think perhaps is caused by having two separate airport zones. Typically when I start I build a GA strip with refuelling services off to one side for early revenue while I build a passenger terminal on the other. This usually means two vehicle checkpoints at the map entrance going in opposite directions.

So I now have an Avgas depot one side side and a Jet A1 depot on the other. Somehow, at some point the supply trucks turn into the wrong part of the airport, can’t find their designated depot and get stuck. They can’t figure out that they need to cross the public road and pass through the other checkpoint. I get the feeling this may happen when both depots request fuel at the same time and the wires get crossed, which may explain why it seems to happen randomly every few in-game days.

Additionally, once this has been sorted out, usually by closing the depots, a fuel truck will finally start filling the depot but then the fuel trucks immediately start taking it out. It appears as though this messes with the refill logic and slows the process significantly. You can see in the screenshot that each tick is only $63 as opposed to over $10,000 normally. 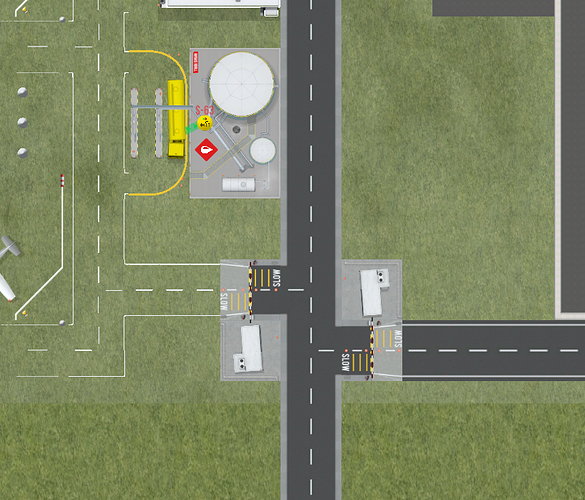 @jasperwillem was having issues with two separate vehicle check points. I’m not sure if it has been resolved or not.

There is a ticket on the trello to make multiple checkpoints work as they don’t at this time!

Yeah, sorry, multiple check points don’t work at this point. It’s really overlooked that one, will see what I can do about this next week as it’s getting increasingly important.

Alright, thanks for clearing that up guys. Look forward to future updates as always.