Since this is happening even with a brand new game, I’m sure I’m missing something stupid and obvious (no surprise there with this game)… Can someone help me out here?

Have you built a check in desk?

And do you have a security checkpoint to enter the secure zone? Because it’s not on the screenshots?

Yep. I’ve built a check-in desk. Three of them, to be exact. I also have four security checkpoints as well.

Have you actually clicked on the stand and set it to allow Commercial flights (not the boarding desk)? The game’s default is for just GA on any given stand.

Can you upload the save file?

4B54 As far as my zoning is concerned, I believe it’s setup correctly.

@Patje89 Here is the save file: Denver International

Thank you all very much for your suggestions!

(EDIT) Seriously, I can only mention two people per post? This forum has some incredibly strange rules setup…

Thanks, I check this in half an hour. I will report back to you. 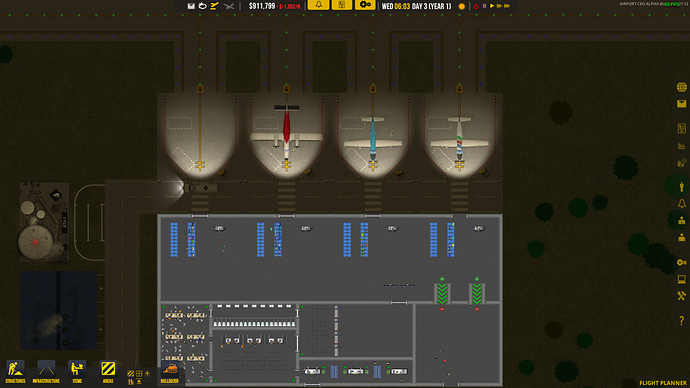 This piece was not connected. 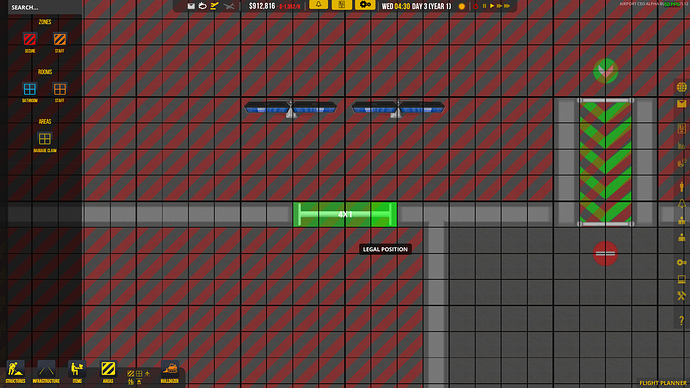 Holy crap! Thank you so much! I guess I should be more cognizant of the doors. That also fixed my issue with the security exits not being recognized as well as my people not being able to clean correctly. Damn. That’s quite the … bug? I mean, I guess it isn’t really a bug, but it would be nice if the game didn’t check doors for what zone they belong to.

Its always advisable to zone the walls secure a well, that way any doors are set secure.

Yes indeed, always zone the walls, also the outer walls connection to the gates, just in case you might expand or build an stand alone baggage bay.