Is there an in-game way of checking the bug reports I made. Would like to know if a solution is found or, as is well possible, if it wasn’t bug at all but just a mistake I made. Could be a learning process for me too and a way to avoid reporting non-exsisting bugs

I also would like to see what happens with my reported bugs. As no one ever appeared in Atlassian and there is no similar bug reported there. So no duplicates.

Also the answer that the devs have more important tickets to do is stupid when I see that they have time to solve little things in the release notes.

At the moment I don’t care about reporting new bugs as I am not sure if they even come in at the ticket system.

The way the bug tracking system is used by the devs:

Extra note, it could be that a bug is picked up and fixed directly, so it will not appear on the Trello board in the normal process but is then directly marked as ‘done’ and will be deployed to one of the environments.

Based on the above process it could well be that your specific bug number will never show up on Trello as it can be cumulated in another bug number. But that doesn’t at all mean that your bug is not taken seriously or not being looked at. Please bear in mind that this is still an early access game in Alpha phase, so the devs are working continuously on new features/bug fixes/improvements/etc. For example at the moment they are working on Alpha 35, which can mean that they already have fixed a particular bug you reported or it’s more logical to fix it in A35 then to fix it in the current A34.x.x version, of course depending on how critical or blocking the issue is.

I think that the devs have more than proven in the past years that they are very sensible on fixing bugs and communicate with us as a community! We are very very (and I really mean VERY) blessed with Olof, Fredrik and Alexander as being the persons they are and the way they communicate, stay on top of bug fixing, development, devblogs, etc! And they need bug reports to be able to fix bugs because the more reports the more reference they have to find and smash the bug. So please keep on filing bug reports and be assured that ‘our guys’ are looking at it, they take every report serious!

@Puma
I am not questioning the efforts and capability of the defs. I did not post a lot here on the forum, but when I do post a support question I get answered swiftly by one of you.
My question was more based on my own inexperience with the game and I do not want to spam you with non-exsisting and maybe even dumb non-bugs.
I think the development of the game and the developers that are working on it er doing a fantastic job. First time I played it was version 29, even then, although it was buggy, I liked it. When I downloaded v 33 last januari the difference was huge.
The effort put in developing and improving this game is impressive.

and this community is always more than willing to help if you have a question of some sort. You can always search the forum as it has become a huge source of information over the years and if you cannot find an answer to your question, then please just keep on asking us.

Puma explained our process perfectly, but I also understand your frustration with how it might look on your end. The current solution is a best effort version of what we can do with our resources and technology at this point. We are three developers working full time, mainly on code and system development, with ACEO and then we have additional help from various community members and consultants around the world. ACEO is a very code heavy project and the way we move things forward in this project, solving bugs, creating new features and such is by putting time into core development. The more time we put on other things, such as organizational stuff, finances, marketing, writing these types of posts, the less time we have for development. All of those things I mentioned are actually equally as important as writing code so what we don’t want to do is to is to spend time on unnecessary administrative work.

In the best of worlds we would have a small in-house QA team working solely on the bug reporting platform and all the communication around it, so that each reported bug would be followed up and properly processed. “Sadly” (nothing about ACEO is sad to be honest, we’re very privileged and honored to have you play the game and engage in this community), we do not have the organizational or financial muscle to do this and instead we’ll have to rely on our own optimized processes. The tech is very good, the fact that you can easily report any issues you have with your game and it immediately pops up in our platform complete with all of your hardware specs, logs and save file is great as it allows us to quickly and easily detect trends (multiple issues reported on the same thing) and report those bugs. But that accessibility means that we during peak hours can receive several hundreds of reports every day (we’re now up in total of over 22k reported bugs during the years) and the Jira Cloud platform is in general pretty slow and difficult to work with when it comes to bulk actions. This is why we read through and “process” every reported bug, but we do not have the time to mark each and everyone as a duplicate, or cannot reproduce, or user error and so forth as it would eat up a lot of time we instead can put into actual development. Some bug reports simply do not see the light because they remain hidden (only bugs that are selected to be processed through the workflow become visible) but as we’ve always said you can rest assure that they are looked at.

Regarding which bugs we work on and the selection around those. as Puma mentioned, there are multiple deciding factors. Bugs come in various sizes and shapes and also affect systems of various sizes and shapes. Some systems in ACEO are new and work very well as they are built by experienced game developers, some systems are really old and need some time to get into. Some bugs have an easy cause, some seem like they have an easy cause but in fact take a full day to solve, some bug solving spawns 10 other bugs which then need additional solving. We look at severity, frequency and complexity before we decide if a bug should be fixed or not, meaning that if a bug is super severe but not very frequent or complex it may go into the same bug fix update as a bug that’s not complex at all to solve but have a very high frequency. Sometimes you need to look at a bug, not understand it at all and when you go to bed and are about to sleep your brain solves it for you. 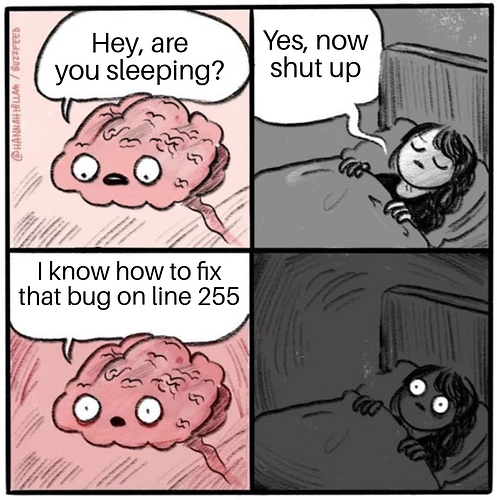 In short, the way we work with bugs right now are a best case scenario given the tech, finances and organizational skill we currently have. It’s a process of a few years of development where we’ve gone from being noobs to somewhat experienced game developers. We’re always of course interested in input and feedback on this process and if a good suggestionwould be allowed both by our tech and finances we would of course support it (the Trello sync thing is one such example) and I hope that what Puma and I wrote here sheds some light on it. Now I really need to get back to writing code…

Thanks for explaining the process, but what I think @stor asked for, (or at least I as for) is a way to organise our own bug reports better by ourselves.
I have surely reported several bugs several times, as I didn’t know if I’ve reported it already.

So I’d ask for either

actual solution with putting reports into logfile, which is overwritten everytime game is restarted, is insufficient.

Or allow people to create an account and view their own reports and history there.

Creating accounts won’t be possible because then they’ll have to pay much more to Atlassian. The more users, the more you have to pay.