Feedback: My issue with balance of emergencies

So, first off, I started on easy, with the the intention to learn the new patch. Built everything and prepped for receiving burning planes.
Nothing happened. Absolutely, I’m on easy, there should be very few emergencies. None in the entire playthrough. None.
Ok, well, let’s try medium.
First day, directly after opening airport. Birdstrike. Now fined for not having firetrucks and hangars. First day. And they kept coming.
Ok. well, new strategy. Not opening anything until there is a firetruck on scene.
This isn’t fun. Sorry. I really like the incidents, and I really like to be on my toes.
But fining me because I didn’t have a firetruck first day, when the tech is gated by others and takes a while to research, forcing me to wait and put all starting money towards something that doesn’t bring in money even before opening for GA.

There is three solutions in my mind:

It’s a bit silly for AT sending a burning plane to a grass-airstrip crewed only by ants and cows, expecting full service. Then blaming me and tanking my security rating.

Yes! I agree with a lot of the above. Medium difficulty has way to many emergencies while easy has 1 every 5 days. Also I think the airport fire station is way too large, a smaller version would be nice for the smaller and more detailed builds I like to do.

Medium just means there’s a max of 1 emergencies at once, not once a day. Easy means emergencies is removed. Hard means 3, while very hard is set at 5.

I agree, this is ridiculous and somewhat fuels my worries about this feature. I’d rather had seen cargo planes instead of fire trucks but there we are now. Hoping for the best - moping about the worst.

Medium emergencies have a limit 1 per day… 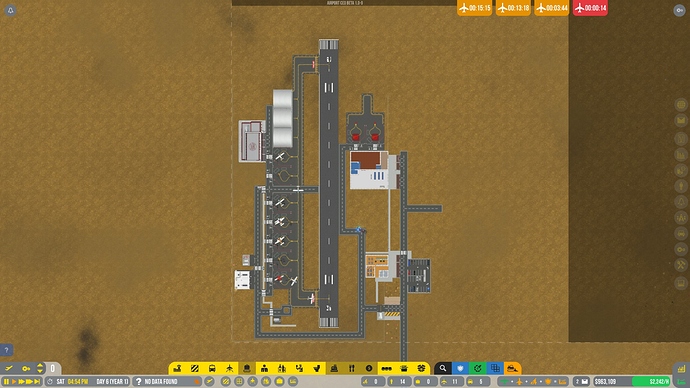 That is medium diffictluty! Should I do a bug report @ReV0LT ?

EDIT: Also, read what I said. 1 active emergencies at once, not 1 emergency per day. Which is still broken in that image, so that’s still a bug.

Ok, I will then. Thanks!