Elements of "Saved" file have been lost

Currently in a redesign phase of Check-In and Baggage Systems owing to an increase of gates, etc. So I’d done about 60-90 mins of edits earlier - various things from deleting old rooms (both metaphorical and zoned) as well as many objects - all the whilst saving my current file. Including some of the tedious creating queues for Check-In desks (please hurry with the Copy+Paste command!).

Then the Bulldozer suddenly stopped doing anything… it wouldn’t grab, it wouldn’t click. Then I realised other things wouldn’t click. And then the W-A-D-X keys stopped responding for moving around the land. So I quit the game, quit the app, quit Steam and reloaded the whole thing including my latest Save File.

When I did that, it opened up this bizarre cross-version of my latest design. Majority of the elements I’d deleted during the 90 minutes had reappeared, but more strangely some of the new objects, only their shadows/placements remained - not the physical object

I somehow have some objects (Check-In desks which I’m waiting to delete) on Floor -1 - some of the old desks remain but the entire terminal floor has vanished. It’s such a mismatch of missing things vs new things vs reinstated things I’d got rid of. 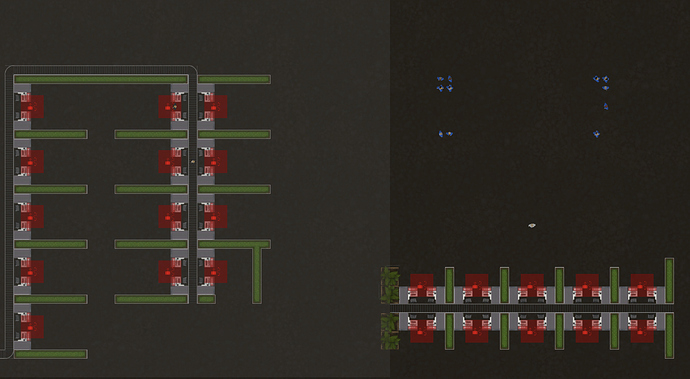 And now the stuck planes that are on top of each other - and some that aren’t - are currently stuck in the airport. This is going well

Bug reported as I suspect this is now multiples of issues. ACEO-15702

Is it spring again? I’ll fetch a bucket o’water…

More bizarrely, I eventually gave in, went to bed and decided to tackle another time. This morning, the aircraft have all gone down to singular, managed to pushback and takeoff

Looks like something broke (a null reference exception) when you were deleting something. At that stage I would have bug reported and then reloaded the game because I suspect that it in turn caused the multiple exceptions you’re now experiencing. If you bug reported it we’ll find the first problem and patch it in due time.

Thanks! That particular thing seems to have been resolved. Just a few little things niggles and there at the minute