DON'T CONTINUE A SAVE ON Experimental!

I’m not sure what happened here but i am on the experimental version of ACEO and when i opened up my airport it had no staff, everything went all chaotic within a matter of seconds i just had to rehire all of my staff including those i had for the board. This turned my airport chaotic and now i can’t even get flights out without major delays.

I had to re-open the save a second time just to remove all the passengers after i had to close the airport with the chaos that it had caused.

I can confirm that this happens to all of my saves.
[Version: Latest Experimental]

Created an airport
Exited the game
Re-opened the game
Clicked on my Auto-save
World loaded up with no staff in the airport at all.

WARNING: Don’t do this on one of your best airports otherwise it will cause chaos

This also seems to effect contractors in the game. If you have any contractors in your airport when you load up the Auto-save you will not be able to deploy or dismiss any of them 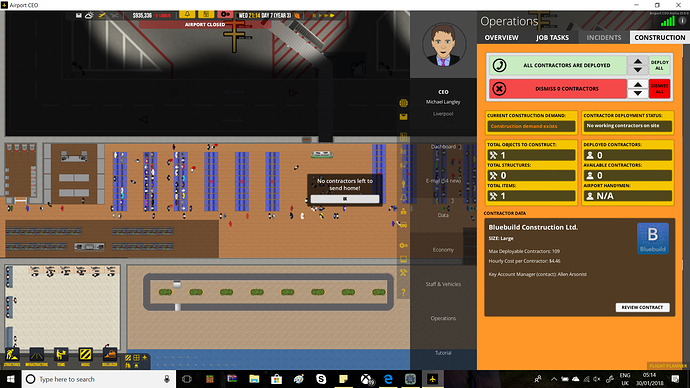 Hi, I am struggling to replicate this bug. Does this happen on every autosave? Could you press F9 once the corrupt game is loaded and see if there is anything in the log? 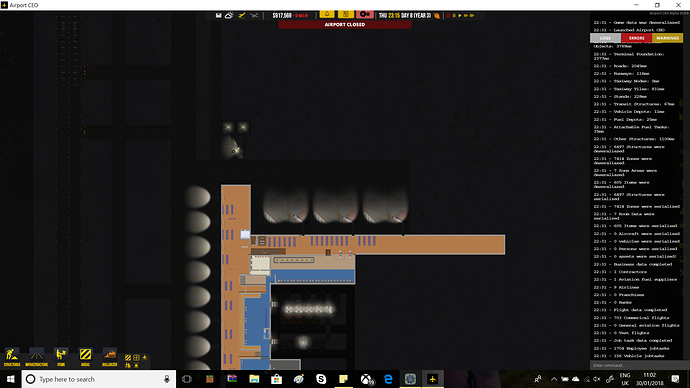 Had exactly the same issue 2 times during last week…

just made an ingame bug report…

I found out: you should never rely on autosave, only (for now).

Problem:
Sometimes when loading a(ny) game, there occurs an error and the game is loaded with zero staff and zero vehicles. That normally can be solved by quitting and loading the game again, it rarely occurs 2-times, at least at the third load the game is fine, again.

Work-around:
So if you (have to) rely on autosave, the only way to solve this, is to make a backup-copy of your autosave-folder in your savesfolder and load that save, BEFORE loading the autosave-game.