Discussion: Why we not get the whole plane templates?

At moment we have just parts (modkit) of the plane. But would it not be much better to have the hole plane as template. Because at some airlines we also need to paint the wings , or put in there Registrations or logos. and at moment it is only possible to paint the fuelage + engines and at some planes the winglets.
And with a hole plane template it would be also better for the future Aircraft Modding. It is much easyer as now. At Sim Airport we have the hole plane , and it is very easy for the modders to create new planes .
(You just need a blueprint + a config (json))

And when the aircraft modding is available ? This year `?

Can it also be possible to easily design the logos for the tickets, and boarding gates and everywhere else it will be visible, like in the flight planner? Or is this already fixed, and eays?

I dont know that , sorry , but i think that this is not possible at moment

at moment only Logos for flights , and food/shops

I’ve never seen an aircraft with painted wings. They are standard for safety reasons. (they have exit markings on them).

At some airlines parts of the wings are painted like here: 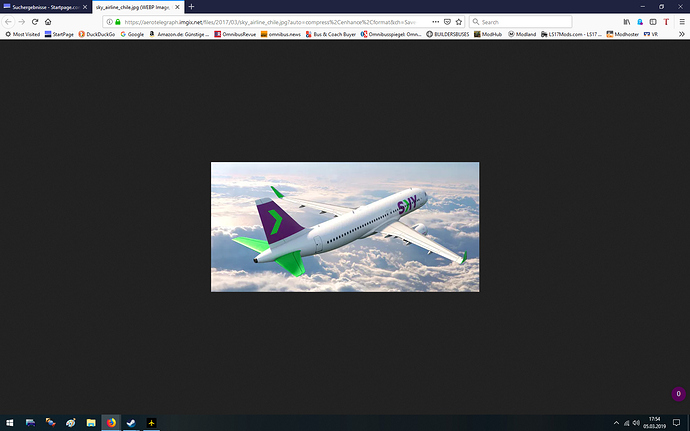 That is already implemented.

Some do have their registration numbers on them.

Yes , you are right 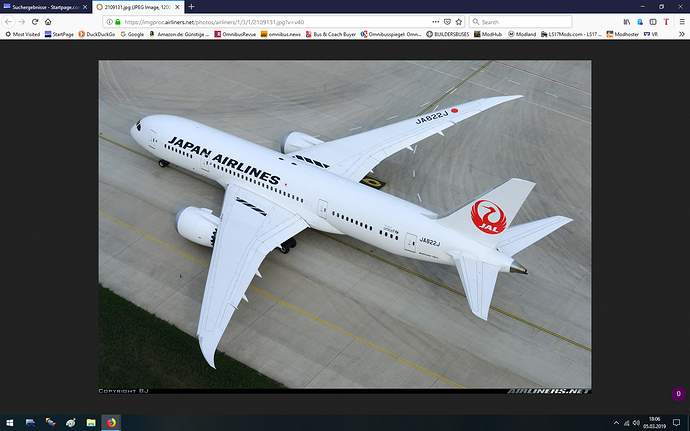 Usually, airlines keep their wings grey, but some airlines, like Lufthansa for example, paint their wings white. Wings usually are not painted in crazy colours, but vertical stabilizers can be, just like on BMI or old Germanwings liveries. Sometimes, airlines put their logos on wings, like Alitalia. It would certainly be nice to have the ability to paint, or atleast put registrations on wings. It would also be nice to paint the sharklets on A320family aircraft. 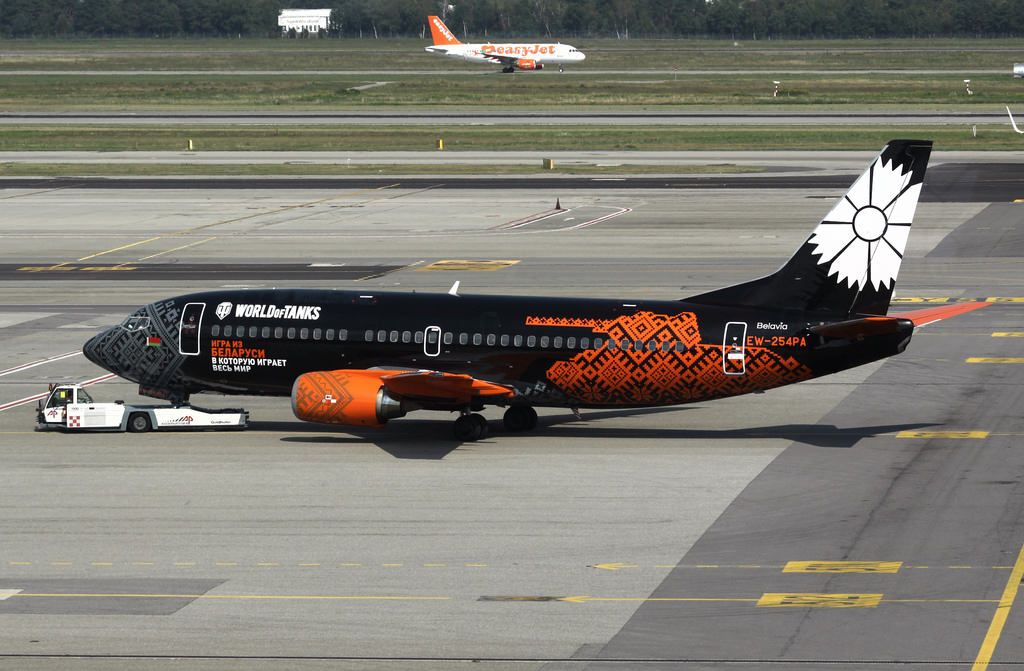 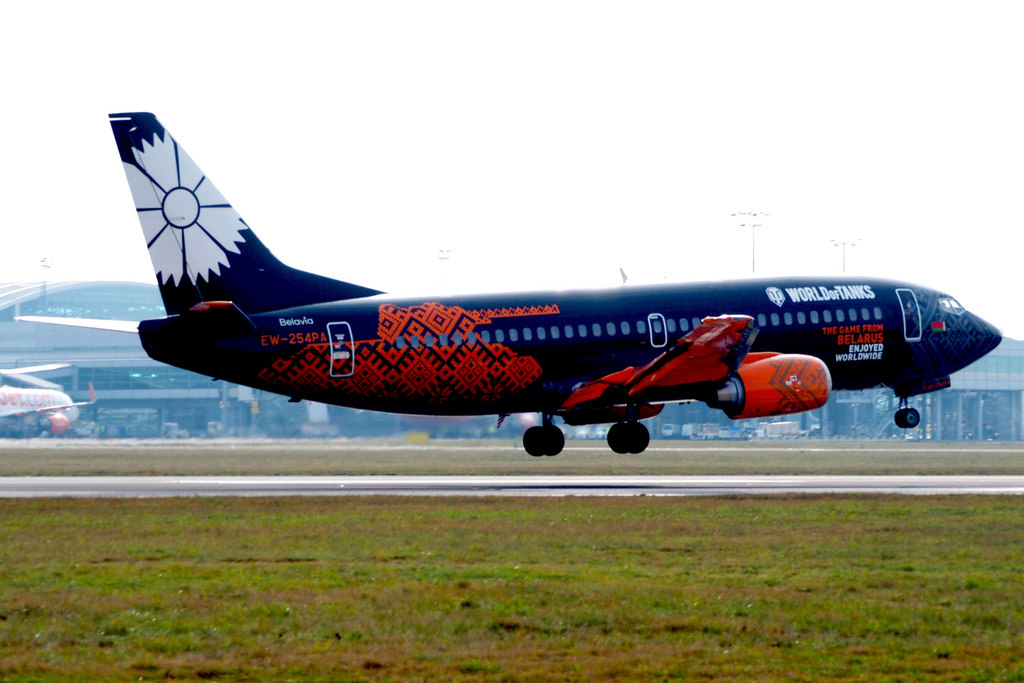 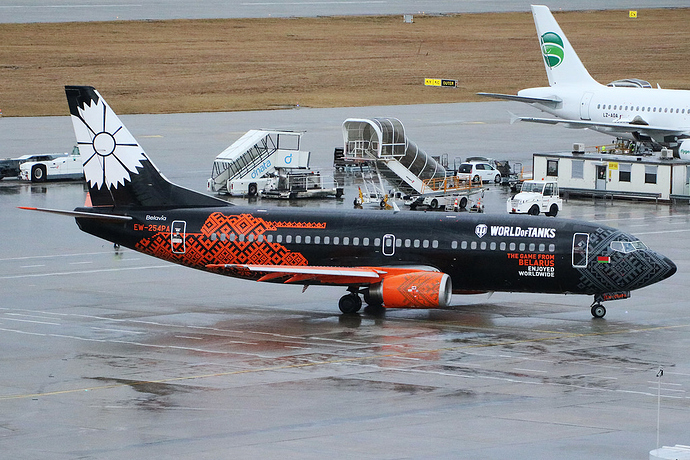 At Sim Airport we have the hole plane , and it is very easy for the modders to create new planes

Only you find yourself playing this game… some of us really don’t care what they do at other games we have already decided to not play.

Then go mod for them and stop criticizing the developers of this game.

I have seen topics on why the wings are not included in modding yet. So good discussion but there are some topics on it already. If you search on it you will probably also find the devs reasons not to implement.

The main difference between ACEO and Simairport regarding aircraft is that Simairport, as far as i have seen, just use a sprite, whereas ACEO uses a sprite with particle emmiters, lights and specific location for the jetway that need to be configured on a per aircraft basis. This makes creating an aircraft for ACEO way harder, even impossible at the moment.

Furthermore, as far as i know, i don’t think the game code is currently able to handle custom aircraft importing. I myself tried to create a NASA DHC6, with an antenna extruding from the nose of the aircraft. With the of @Rubble, we came as far as getting it ingame, although the shadows were still not correct:

There has been some talk about a tool made by @pderuiter based of ACEOMM, which would be supported by the devs and would make aircraft modding possible, although it seems like development on that has grinded to a halt due to the absence of Patrick.

You are right that i complete forgotte.

That makes it realy much harder to create a aircraft mod.
A tool “Aircraft creating” would be cool. I hope that comes in future.

Because without modding aircraft, it would take a long time to get even the most common aircraft in the game. And it would be much more work for the developers , if they have to create all that planes.
Thank you for your detailed infos

Thank you , I did not know that

Five have so far been made and released. There are at least two being made right now. The 787-8 is one of those.

Wait, two are being made?

The way we design aircraft and liveries is by splitting the aircraft into two different objects. One being the base model and the other being the actual airline livery. That way we can have multiple instantiated aircraft of the same type in game, all with different liveries but sharing the same base object. This is of course much more efficient than using individual objects per livery and it allows us to use a very high texture resolution (up to 4096x4096 px) without having to worry about graphics memory size or performance issues.

For example, the vanilla 737 models (-600 & -800) can be fitted into just three different texture files containing 11 different liveries, with multiple parts being shared in between the different liveries. If we were to have these parts unique per livery, we would have to create a single texture per livery which would both take up memory space and add additional draw calls (basically reduce rendering performance and ultimately lower fps). Therefore, the current modding system is adapted to this design since it is very rare to have custom painted wings and horizontal stabilizer, the decision was made to keep these out of the modding files so that any modded liveries could work with the existing system.

Another reason for using this system is to reduce loading time as Airport CEO will have to create a sprite from the modded .png from the mods you have selected. Each texture file will take an X amount of time to load depending on its size so it is favourable to keep these small.

A good thing is that there is a way to get around this by editing the liveryData.json file. It is just a list of parts and instructions how to read them from the .png file and place them into the livery model. So drawing a new part to the .png file and adding it to liveryData file is of course an option although it might be a bit hard to get the local position right in game.

I hope that makes sense anyway. 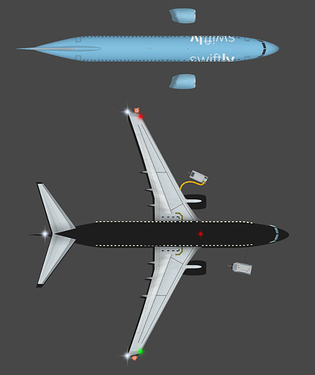 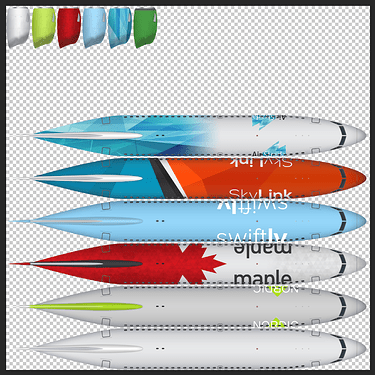 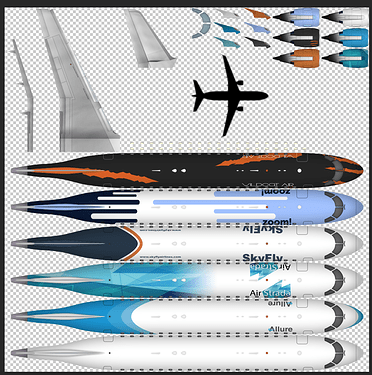 With this this logic, would it be possible to include more engine and wingtip options in one of these aircraft files? Like for example A320 with CFM or IAE engines and with or without sharklets?