Passengers who have to be taken to the plane in a wheelchair can’t use stairs, here in New Zealand some airports have special lifters that can fit a wheelchair that then lifts them up to the aircraft door. These are only used for regional aircraft or aircraft at remote stands which don’t use a jetway. Other airports have ramps that lead up to the aircraft door and all passengers disembark on it.

It would be nice to have to invest in these types of equipment for our aircraft, you would have to consider passenger comfort and turn around times when buying this equipment.

Here is a picture of the lifter 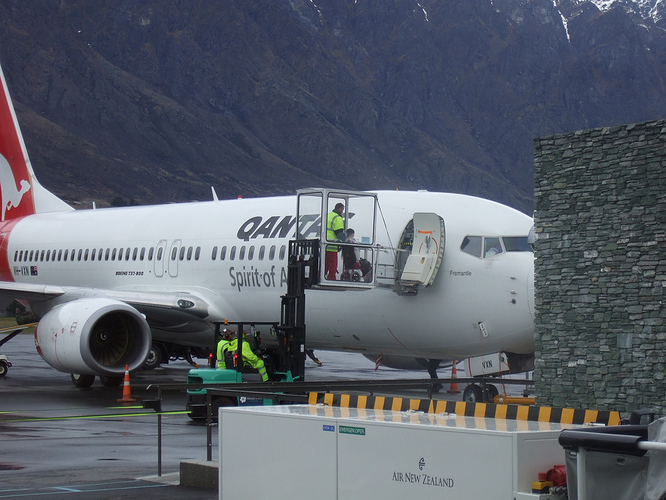 We also have got some things like that here at Eindhoven, only the look more like a catering truck

Although it would be nice, for the general running of the airport it might be best to concentrate on average passengers with no special needs and get that working first before trying to be inclusive of all the different disabilities and personal issues people can have.

Just so that we have a game first.

I get that, I am just showing some ideas for the future

Perhaps there could be a way to display how many wheelchairs a flight has, and an airport that isn’t adequately equipped could suffer from delays? I know for a fact that airports do know the number beforehand to assist the passengers accordingly, as both my parents worked in the business. Perhaps it’s too much micromanaging for the game though.

Since someone brought back this old thread, here is how an Indian airline (Indigo) handles this issue: 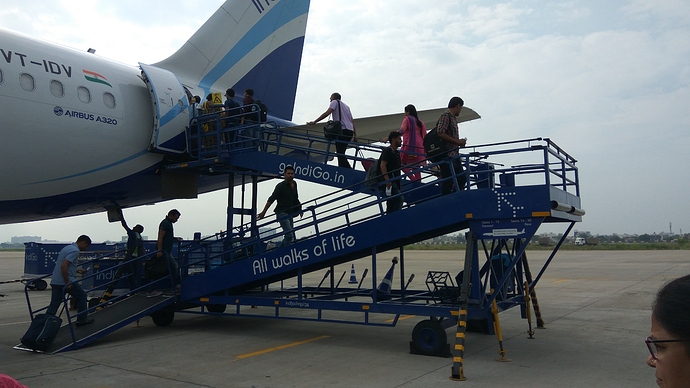 This is brilliant! Why don’t they use this elsewhere?

Because they use this: 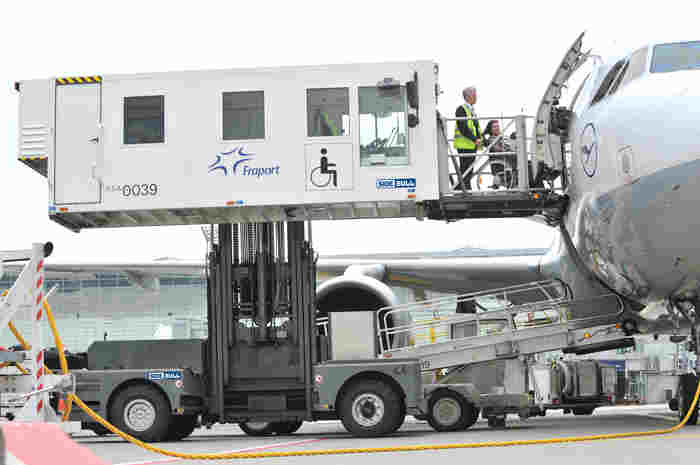 But then the Devs must first make disable PAX, haven’t seen them yet in the gameplay vids.

AFAIK they only have 2 passenger types: regular and rich

But this means they can add new types easily enough.
Not sure how easy it would be to change behavior that that passenger can’t board your aircraft. Then again, i don’t think it needs much coding, since they can just enter the aircraft through the jetway.

Yes I know, but the ramp has much more advantages!

Yet, since we don’t have remote stands yet, then it would become a problem. Same goes for multiple floors, as they can’t use stairs/escalators, every gate becomes a challenge. But then again, the whole gate part would have to be adjusted as the jetway is actually on the first floor, not the ground floor as it seems to be right now.

Yes, adding floors has impact on a lot of things, including this.

Remote stands is indeed when you would need this type of thing. Plus special buses that cater for the less mobile,etc.

Also depending on how far the remote stand is, otherwise you would definitely need busses. Once in Milan it was like 900m away from the gate, you do not want all those people to walk on your airport for 10 minutes.