Looks like there’s something new featured in this edition…

Great Devlog. And I also support the Bi-Weekly Devlog idea.

Nice, very nice! The new flight process monitor looks super cool! Looks promising for the rest of the UI to come. Thanks for the sneak peak!

You guys will have to make a new AD Trialer Video.

In case you dont follow Airport CEO Twitter, here is a new plane which we are going to in get in the next update, the Bombardier CRJ 200 ! And with it comes the final airline design contest winner Allure. 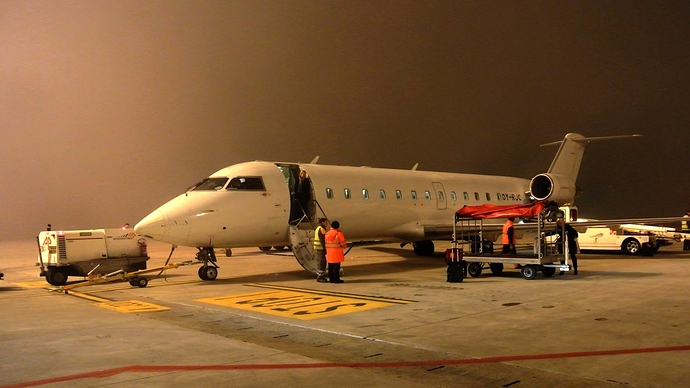 I know you are moving to a bi-weeky, (I interpreted that as two issues a week, wrong interpretation, do’h!) I think it would be good to give at least a small update on how things are going with the new UI/workshop integration this coming Monday.

Not the usual extensive commentary, but at least something of an update would give us a glimpse into how things are progressing.

I’ll write something short up for you on Tuesday!