We’re back with a new dev blog commemorating the third early access year of Airport CEO last week! Seems like everyone, including us, forgot!

Better late then never though… 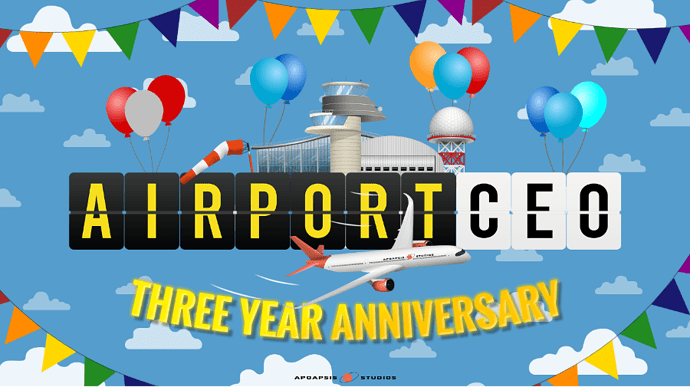 Salutations and celebrations, airport CEO! Another year has passed and as of last week’s Monday (28th of September 2020), Airport CEO celebrated its third and final full year...

Jump straight in and see how we celebrate the final early access anniversary!

Its not a plane, its a bird-plane, isn’t it? 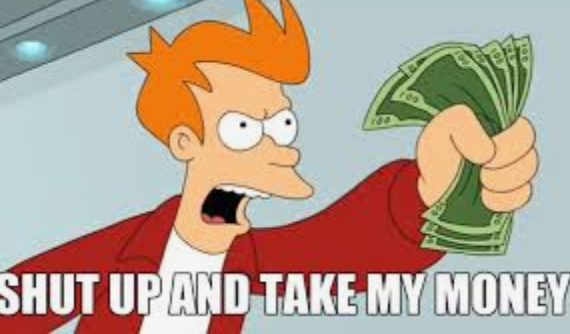 Also, I have yet to see the new airline? Can I see all the liveries?

I suggest placing a shop for adding planes to the game. Following the example of a merchandise store. For example, an airplane of some models, cost and payment service. And anyone interested in adding an aircraft can contribute a fraction of the cost of the aircraft. When the plane is paid for, Rubble produces it and the developers add it to the game.

I think you are correct

Didn’t noticed that I bought the game so close after release. Thought It has been longer on the market.
I remember my first play in fall 2017… that took 15 minutes. Next try was in fall 2019, took 10 hrs in a row. I guess there was a lot of progress between.

Congrats on yet another milestone team!

Keep up the good work!

My guess for the new jet would be A220

three years. Amazing. Got this game the day it was in EA.
Congratulations to you.

Why do you want Micro-transactions in a game rather than not having them. I dont get it.

Could also be solved by DLCs like a historical airline pack.

You did not understand. I am for the opportunity to buy an airplane to add to the game, not buying an airplane in the game.

The new plane looks like it belongs to the A3xx-neo family?