Here we go, finally! Another good read hopefully with… a lot of screens! 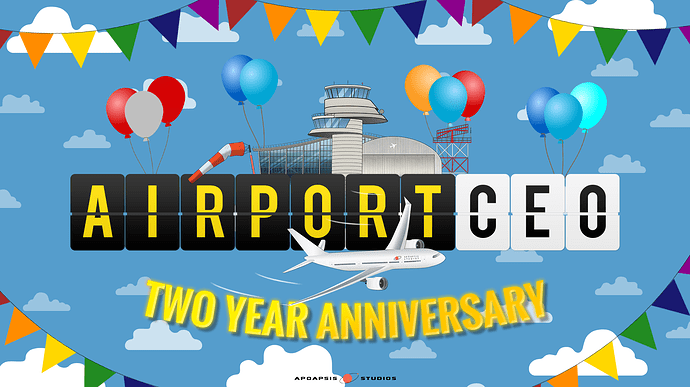 Salutations and celebrations, airport CEO! A little over two years ago, Airport CEO launched into early access on Steam and in its wake, it gave birth to Apoapsis Studios..

Worth a wait
Keep it up, devs
We’re always counting on your amazing work you’ve put in this amazing game

to be honest, i’m more hipped by the one direction roads than the big birds haha, I hate traffic jams !

With these big planes, traffic jam won’t be the only problem

Maybe yes, bigger stands = fewer in the same space. Maybe i’ll get ride of my taxiway jam too 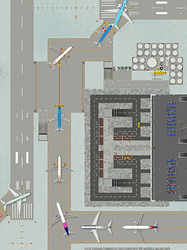 image645×858 232 KB
On a more serious note, are you also going to introduce bigger boarding desks, security gates, one way escalator and other small objects with the big bird update or will this come with later update ?
2 Likes
Luctor October 4, 2019, 1:14pm #6

In the pictures shown, I see 3 medium boarding desks, so probably bigger ones won’t be added in Alpha 33.

Most of those things are planned for Alpha 34 or 35. As mentioned in the dev blog, Alpha 33 is really an “advanced player” update that will add to the chaos, which we will then solve by Alpha 34.

We have a large security station planned but it might not make it into this update, it’s more of a balancing aspect which caters to 34 or 35 more than 33.

thanks for the info !

@Olof for the boarding desks, i just don’t like that the big one has an odd length and can’t place it right in front of a gate, it will always be off centred

I can’t believe where this game came in in these 2 years… Actually you have to say that it is LONGER than 2 years because as far as I know there were 1 years of development period before first release.

One thing that bothers me is this; Airplane doors 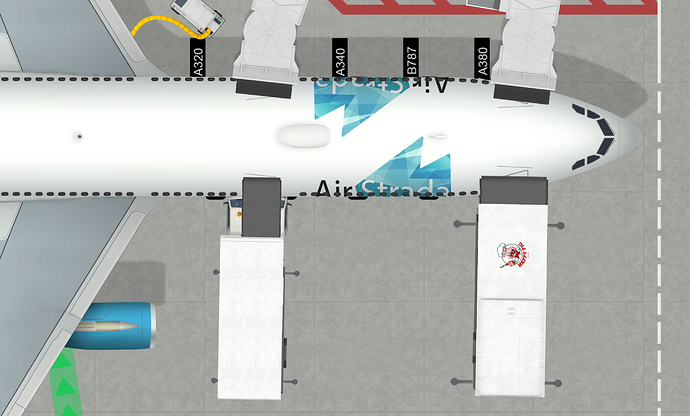 I know it is relatively unnoticeable thing that airplane doors are functional or not. But while AirportCEO is going to be a great game with many features and details; airplane doors will be noticeable more than before.

I wish doors could be animated but if not possible; covering them a lot better would also solve the problem

Loading of baggage into ULDs is handled via the same baggage bays as for medium and small aircraft since the ULDs instantly spawn on the service truck’s carts and we’ve put a lot of effort into making the ULD aircraft-to-vehicle transfer simulation as realistic as possible.

I think this will add extra workload over baggage bays so did you guys thought about it? Maybe it would be a great time to add separated arrival and departure baggage bays to reduce workload on a baggage bay and meanwhile save space and ramp agents.

) Will be there an improvement for linkages of objects like linkage in between check-in desks and baggage bay or in between baggage bay and stand/claim zone?

And I think first time during the day, while it’s still light outside

Where do we stand with Cargo? Is this going to be a feature now ULD has been introduced.

I was wondering if it could be possible to know the size of a big stand to prepare my current airport to the new planes :o (we already have an idea of the runways)

Olof has said they are 16 x 16, oh and also, one of those secret planes is a very sweet little GA

thanks ! I totally missed this information. Can’t wait for those planes !

I think this will add extra workload over baggage bays so did you guys thought about it?

It greatly reduces the workload, that’s the entire point of it. Ramp agents load baggage immediately into the ULDs as mentioned in the dev blog (via the baggage bay), the ULDs are then loaded onto the belt loader at the stand. Everything works very quickly and without any ramp agents involvement on the stand side, just because large aircraft are so demanding in all other aspects we thought that baggage needs to be handled swiftly.

Where do we stand with Cargo? Is this going to be a feature now ULD has been introduced.

Cargo is not planned for 1.0 Airport CEO, however all of this ULD code is generic so if we want to add that post the full release it’s going to be easy.

Something for @Fredrik to answer!

In the picture with the taxis and buses there is a problem with the median strips at streets. Normally, these should only be in the middle, but as soon as a taxi stand (etc.) is connected to the road, the stripes also appear in the other direction.

Is this WAD or bug? This problem has always existed

Good job and thanks for the dev blog!

So it’s confirmed, cargo is coming as DLC after full stable release.

Definitely not what I took away with this.