Note: Yes, I know talking about a mod for a game that isn’t released yet and will have neither Steam Workshop integration nor any official mod support for the initial release seems a bit strange and out of place. But let me explain what exactly I’m talking about (although the name of the topic is fairly clear) and why I’m talking about it right now.

[details=What it is all about]
In this forum there were quite often questions why real airlines won’t be in the game or why there won’t be real companies in general. The answers were always very similar: it’s due to copyright issues but it can be modded later.
So the ability to mod real airlines/companies into the game sounds cool, right?
But what if nobody creates a mod for my favorite airline/company and I’m completly helpless when it comes to creating liveries,…? Or what if I want to have as many real airlines and companies as possible in my game to get that realistic feeling? Do I have to subscribe to dozens of mods?

I think you understand at least now what I’m talking about: one mod that adds real airlines and companies to the game.
Yeah, cool idea but why do I have to read all of this and why does the topic say “Community Realism Mod”?
That is pretty easy (easy does not mean short

) to answer. A mod like this is a big project that needs a lot of creativity and time - in my opinion too much for one person if the quality of the mod should be good. If you take a look at this forum and the community you can find a lot of creativity and willingness to enrich the game (seriously, the airline design contest and the business design contest have shown a lot of talent and the number of suggestions for the game in this forum is great).
Because of this great community I thought about the realism mod as a project by the community for the community to which everyone in this forum can contribute.

Features I think we can add with this mod:

Even if the game is not yet released and it’s not clear when mod support will be added, we can already collect ideas which airlines/companies are a must have. I can imagine (and hope) that there are many suggestions that need to be collected and sorted. That’s why I started this topic so early.[/details]

[details=How can I contribute?]
If you like the idea (I hope so) you can currently contribute by leaving a suggestion of a real airline or company (or multiple) which you would like to see in the game. Try to suggest only global/big companies that are known almost everywhere and categorize your suggestions into airlines, restaurant/bars/cafes, shops/tax frees (are there well known shops at airports? - sorry its a long time ago I was at an airport) and fuel suppliers (I don’t know which companies do this). For banks and construction companies (are there airport specific construction companies?) I’m not sure if it is useful to have more than three but you can suggest them anyway. I don’t think that every suggestion can be added to the mod, but the best known companies will be added for sure (maybe we do a voting before adding companies)
Please try to avoid suggesting a company that has already been suggested. Therefore I will leave a list of suggested companies below and I try to update it regularly.
Liveries, Logos, Descriptions, etc. are a later topic when the game is released and we have something to mod, so please don’t post something like this right now.[/details]

Thank you for reading this post. Leave your opinion about this idea below. If it is not so popular or anything else prevents the realization of this project, then this was just an idea and this topic can be closed

I feel like it’s way too early to talk about game mods without knowing much of what’s in the game.

I feel like it’s way too early to talk about game mods without knowing much of what’s in the game.

I disagree. Such a mod must be created asap because real airlines will make this game an “epic” airport management simulation game! Not sure about real shop restaurant brands but the priority must be on airlines.

Yesterday I wrote this on discord: I am sure there will be people who agree with me.

There has to be an easy way to do it. Even more, there has to be a program or even a back door placed by developers to make it possible. There are tons of liveries data around internet. If they could be implemented with ACEO then I can’t imagine the possibilities. Liveries are the hardest part. Logos, CEO names, description can be written or even be copy pasted.

If you have free 30 minutes, watch this: 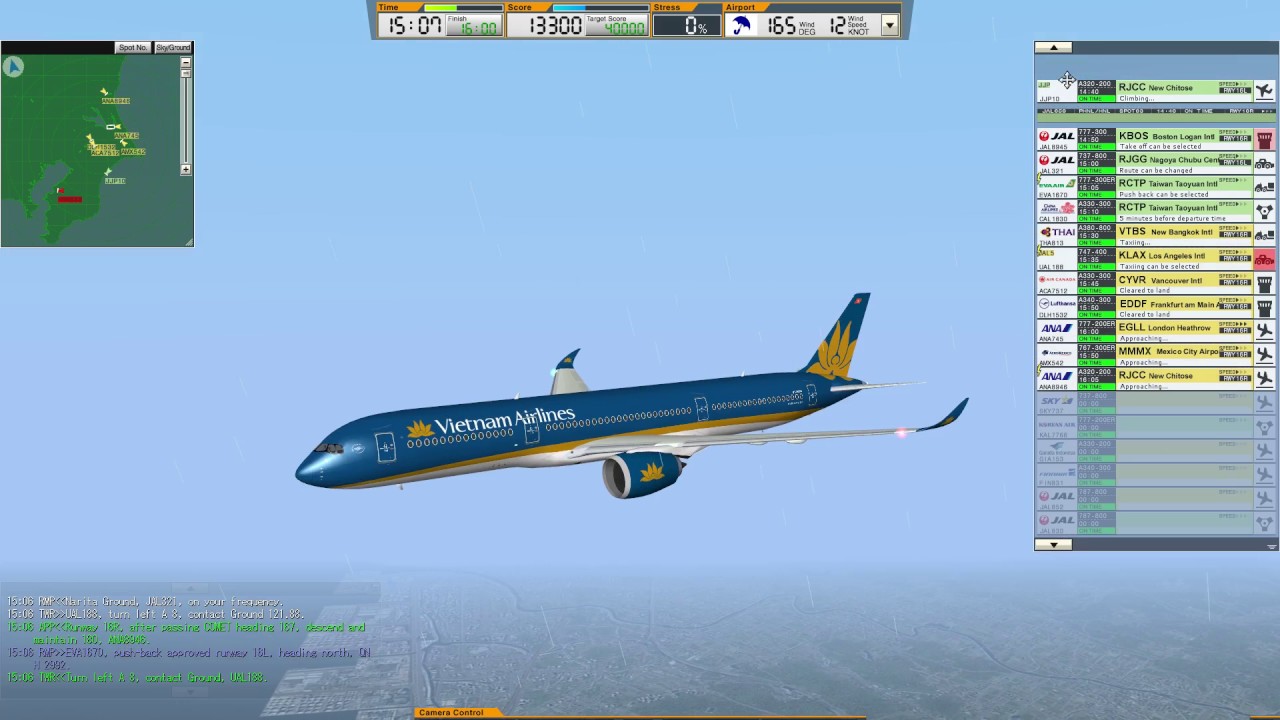 It is a custom scenario made by one of my friend for the game of “I am air traffic controller 3 Narita (RJAA)” More than half of liveries on this video are moddded by community leader, Max a.k.a dutch.download.

I will try to get the answer of how he managed it.

I love this idea and I want to help so here are my suggestions (I know there are more but these are the ones I want to see most):
Banks:

Of course its early, but as I mentioned this is currently only to collect airlines and companies. And thats why I only listed things we already know exist in the game and most likely can be modded.

This will have no endings. Everybody will request an airline which is global or local.

I mean look at this: Lists of airlines - Wikipedia

You say that, but there will only be a few mod creators and they need to want to do something as much as it gets requested so, the likelihood of something with all the airlines both getting requested and created is quite small…

You forgot Thai airlines and All Nippon airways

If it hasn’t be done before I wouldn’t even suggest it. But VATSIM and IVAO somehow made it. Players can see and can fly any aircraft with any livery around the world. Then why it could not be implemented to a 2D simulation game?

It’s good to focus on major airlines/companies first because they are known around the world and it will take enough time to implement them into the game. I can’t believe that there will be every livery in this mod this would be a crazy amount and would take a very long time

But biggest low cost domestic player in India.
135 planes. And other 450 on order.

So bigger than many international and famous airlines. Biggest customer of Airbus A320 neo with 400 on order.

And I do think we should have an airline from Indian Subcontinent as it represents 1/4th population of the world.

Some Swedish Companies added to the mix + some extras:

The bold ones are the most known and mostly be spotted airlines. More info: List of airlines of Turkey - Wikipedia