Well I have started work on my version of Christchurch International Airport, after spending days and days working out how I was going to do it…
The real Christchurch Airport had a budget of $237 Million for the Airport upgrade in April 2010 through to March 2013.

This version of the airport I have a working budget of $20 Million…
So far the building process has been relatively straight forward, although I did have a slight problem with the contracting firm of “Fredrik and Olof” when I found out that some of the walls of the terminal were going to be too big, but hopefully I might have offered a suggestion Thread here that will fix this

Anyway, here is the progress soo far, the GA area at the bottom right is only a temp solution to bring in a little money until the main terminal is built, after which it will be demolished and moved above the terminal where it supposed to be… 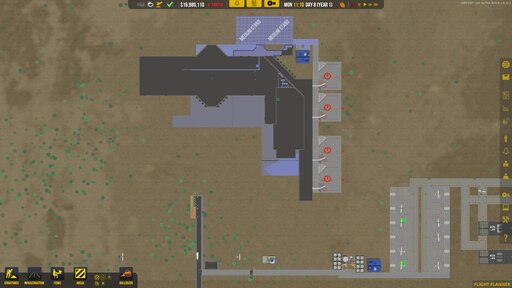 Note:
YES - I am running Experiemental version
YES - I have unlocked all map tiles by editing the GameData.json file…

Have you unlocked the other areas?

Yup, I decided to after I figured out how big it was going to be

- At least this way I “shouldn’t” run out of room…

Another picture with a little more work done on the airport…
Used floor tiles to sort of help make the angles look a little better in the meantime.
Also turned on the zones so you can see the start of the zones. 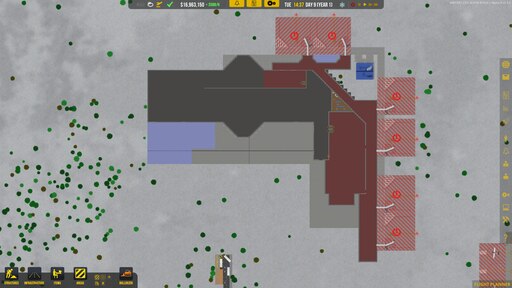 Is that carpet? If so how did you get it to be a different colour?

Just an update picture of my Airport… - Now have 2 gates open for business, but am not opening up the other area to the left of the one that’s open yet (except to staff) due to a MAJOR problem I see happening if I open them up (those eagle-eyed will be able to see the problem I will face if I open up the other areas.)
The terminal itself is “VERY” loosely based on the real airport terminal, however the stands, taxiways etc are not, as there is no way I could do them how they really are. 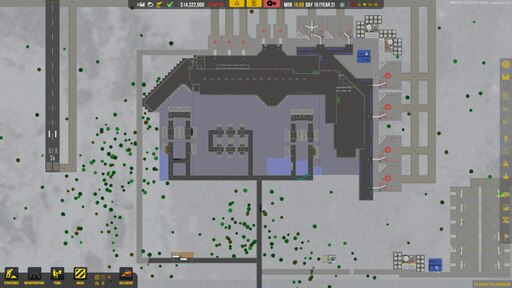 New Update, Got all my Medium stands open now…

Still got the other small stands to open, plus got to construct some more small stands to the left side of the terminal (will require some bulldozing) - and then I have to move the GA stands all north to where they supposed to be. 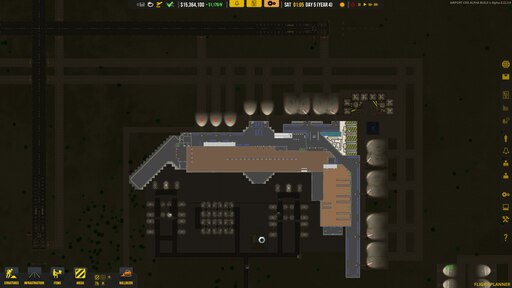 Well, bad news, something has happened and I can no longer load my airport, just get a black screen and eventually a “airport ceo is not responding” message.
So at this stage I do not know when this thread will be updated next.
I am about to go searching the forum to see if anyone else has this problem…

Thanks for that, I will try loading it again and go make something to eat, that way I can let it just do whatever it wants.

Update:
Managed to get it to load, took around 7 minutes…
Saved it, then reloaded it, this time it took around 3 1/2 minutes to load, but no warning message. 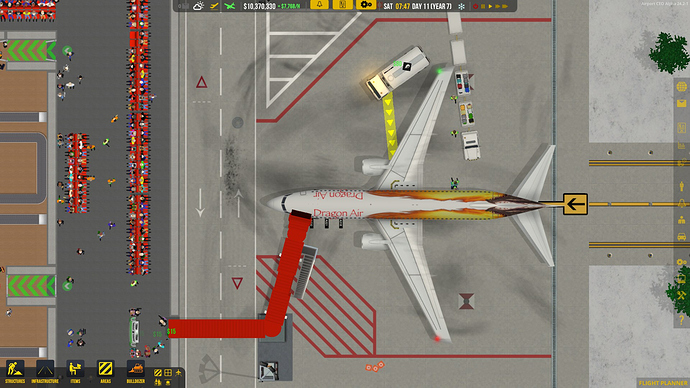 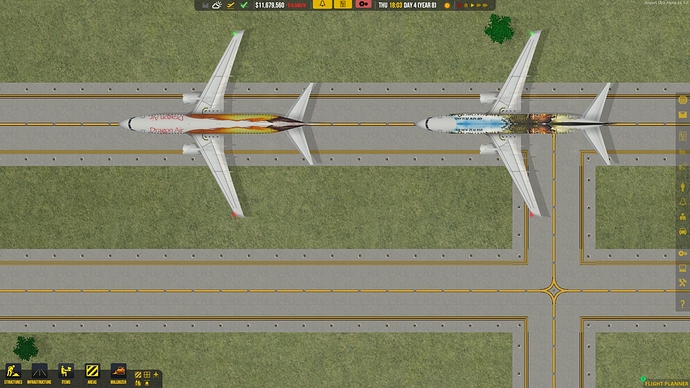 Yup, and it’s all thanks to Rubble, without his amazing talents I wouldn’t have these planes