Has a new version been dropped (Exp)?

MP569 and 401 for example. Excellent update with that feature 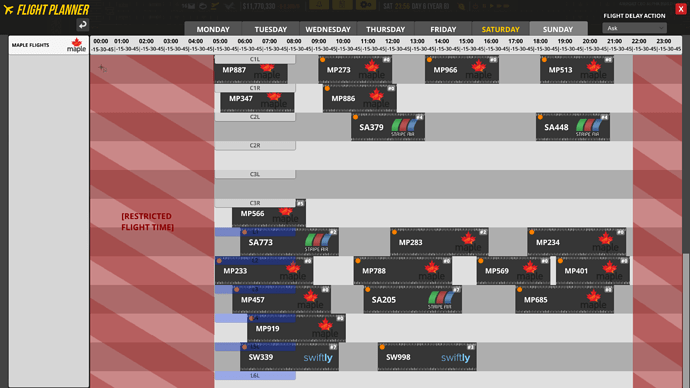 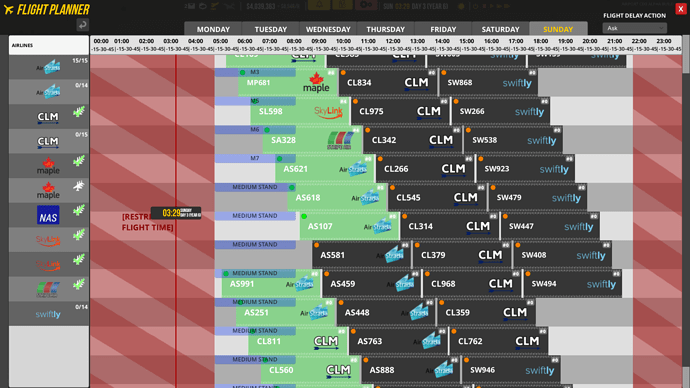 WOW, hope you don’t get any delays

Is it a real thing or a bug? @Fredrik

There the smaller planes. I’ve either never landed one of those planes before and its always been like that or there has been a change?

No this is not right, what kind of plane is that?

Found another one so its repeatable. I suspect there would be another one in that list of flights too.

PS Did you manage to look into that location bug I sent? Something tells me thats not South Africa 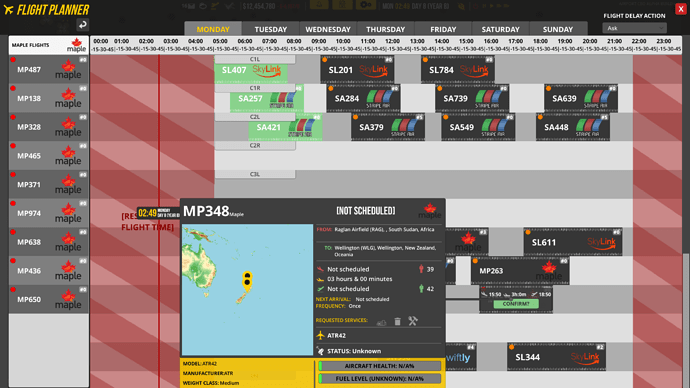 Yes, I just assumed because a smaller plane. Less turn around time?

I like it. Planes should have different turn around times on their size? I know the big jets have a maximum but surly they don’t allocate the same amount of time for a Dash 8 as a 747-800?

This should be a feature anyway even if it is bug. Planes should definitely have a shorter turn around time. How long is a 747 going to be at our stands when they are in game? 12 hours? 4 hours should be enough to service and turnaround even the largest plane in the world. Also different planes should have different lengths of time they are at the airport.

I thought 2.5 hours was what the bigger planes work too?

If you ask Ryanair, 20min max! 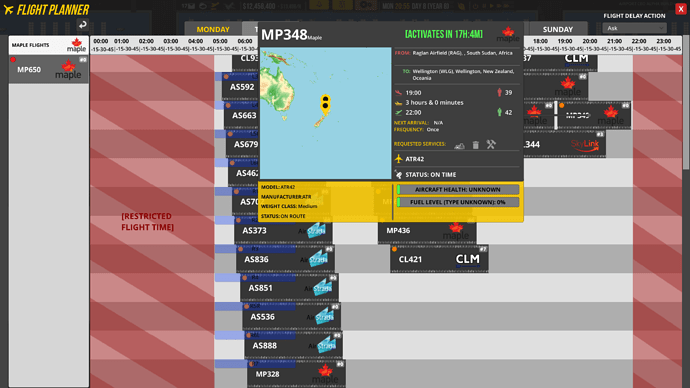 Lol. Easy jet want to do it in 45 I think. Even thats a challenge A plane is only making money when its moving. This doesn’t always work which is why evening flights have a tendency towards delays. Competitive turn around times are a key selling feature of airports when airlines are looking for routes. Being able to deliver a quick turn around makes your airport more appealing . I would love to see turnaround times as part of the contracts, and something we may be penalised for if not delivered

Smaller planes should be about 1-2 hours, the average mid-sized jet usually is about 1.5-2.5 hours, and a wide-body should take about 2-3.5 hours.