I tried switching off the service, handling all the resulting delayed flights, saving, loading, then switching the service back on. The trucks still won’t accept jobs.

I tried reporting this via the in-game bug tool, but got this message: Bug report failed! Error: 413 (attached save zip payload too large). Please try again later or let us know at support@airportceo.com (include error code). 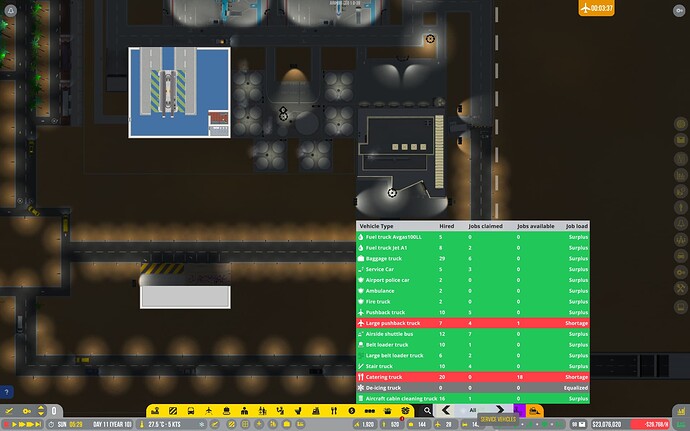 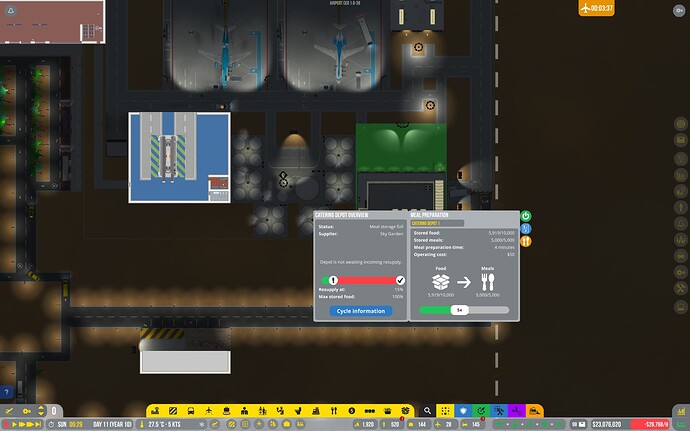 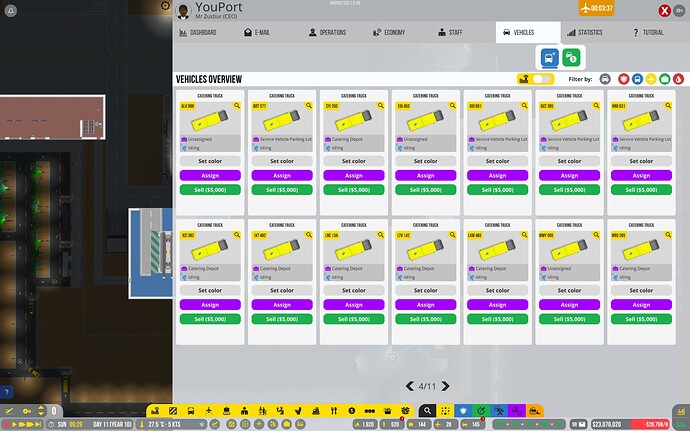 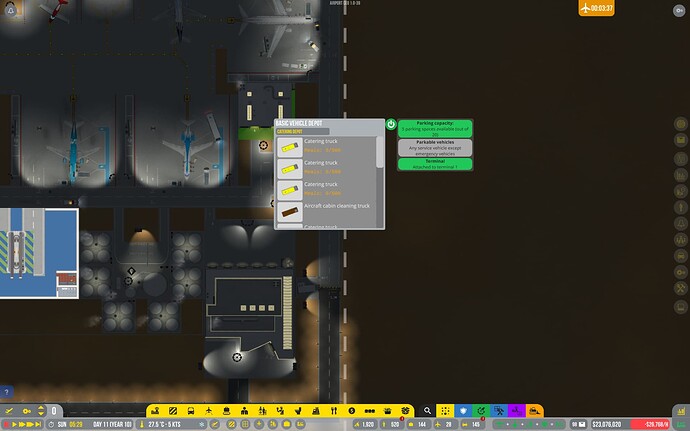 Do you use terminal zones?

It’s also a bit hard to see anything when screenshots are made during nighttime of the game.

Does indeed sound to me as well that the terminal areas perhaps have not been updated?

Yes I use terminal zones. I had two. I joined them into one to relocate staff and vehicles quickly before unmasking sections as they got demolished.
Maybe I should try removing the zone entirely and redrawing it.

At given times, especially when changing/updating/adjusting terminal areas ( T key), a number of trucks lose their terminal assignment.

Simply re-assign all your trucks, and they will work again as planned :0).

LOL just happened to me again, this for ONE pixel badly placed. Well, you juste have to check every truck hangar, and then every truck, and re-assign it.

I maybe should have better explained:

When you by mistake join 2 terminal areas, say: Terminal 1 and Terminal 2, they then both become Terminal 1.

At that point of time, the game will immediately divide staff and vehicles in order to attempt covering the needs of this larger Terminal 1.

At that stage, Terminal 1 is nearly back to what it previously was.

But, due to the bug, some of the trucks, buses etc (often: luggage carts, fuel trucks, etc…) will NOT recover their Terminal 1 assignment.

So you will have to check them individually. As unfortunately the general vehicle management pannel does not hold the terminal allocated information, this forces you to go to each individual vehicle to see which terminal it is allocated to.

Then, for those which are wrong, simply click on allocate button, and allocate it to the correct truck depot of Terminal 1.

NB: this is valid assuming that, at time of the error, you had neither staff nor trucks in Terminal 2.
If you already had… hope you have a good memory LOL, because you’ll have to do this for both terminals. A tip: I use different trucks colors in each terminal, after ordering them. It makes easier to identify which one is at the wrong place.

Very similar to that. I had two terminals. I joined them (deliberately) then removed the marking for terminal 2. The catering trucks were always part of terminal 1, but sure enough, when I checked them today, they’d all lost the terminal assignment. Removing the terminal marking from their assigned parking bays then re-drawing it fixed the problem in a matter of moments.
Thanks for the explanation.