Hello and HAPPY New Year to ALL

I have tried ALL things in the F 10 Screen … also.

Any Help from Dev or others , would be Greatly Appreciated

Hey! Aircrafts can be automatically dismissed by pressing “Dismiss aircraft” in the stands panel (scroll down on it). As for the cargo bays, what error message do you get when trying to delete them? 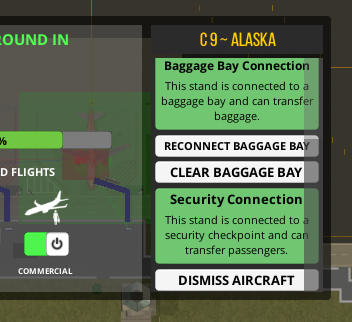 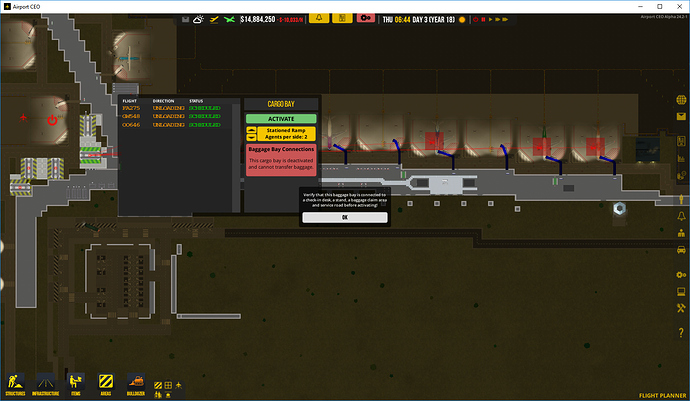 3> Error messages are shown below @ Stands

Won’t be able to address issue’s with above…

Canceled ALL …contracts Yesterday while I was having issues. NONE Showing in FL Planner

THX for idea… though not the issue … ie:/ Externally … maybe STUCK in code within Program

What happens when you press the dismiss aircraft button? Nothing? Do the aircraft spawn exclamation icons?

Olof … Nothing & No exclamation icons…

OR Activate Cargo Bays … SOME AS ABOVE ISSUE (s)…

Olof … Nothing & No exclamation icons…

Then it sounds like you’ve encountered a bug. I suggest that you send in the save together with a bug report so that we can have a look at it, if your airport is set up correctly with runways and holding points the aircraft should depart when you press thst button.

I’m having this same problem with the current release. Sent in bug report. Devs, anything?

If you can at least add an issue number…

And even then, you can track their work yourself