After the latest update I decided to rebuild my airport using the new tiles available.

Cadiz Bahia Sur (CAD) is located in the South West of Spain.

I’ve created a large H-shaped terminal with commercial runways located to the north and south of the terminal building. A GA area is located with its own runway to the east of the main terminal area. 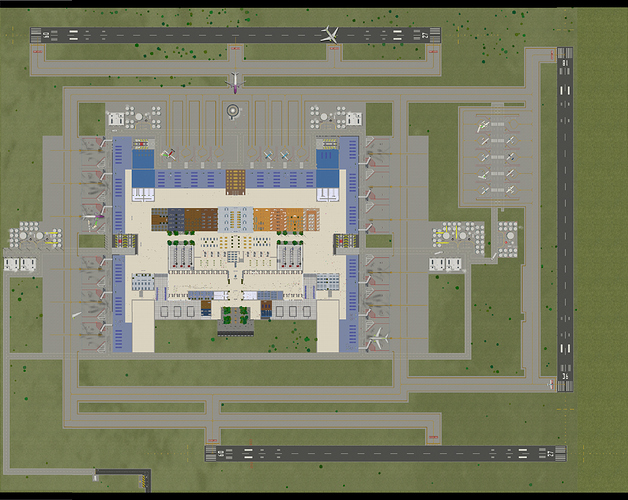 Passengers arrive by subway at the southern part of the centre of the terminal. Check in desks, toilets and security are located centrally with passengers moving into a large central hall after passing security which contains shops and food outlets, along with seating areas and toilets. 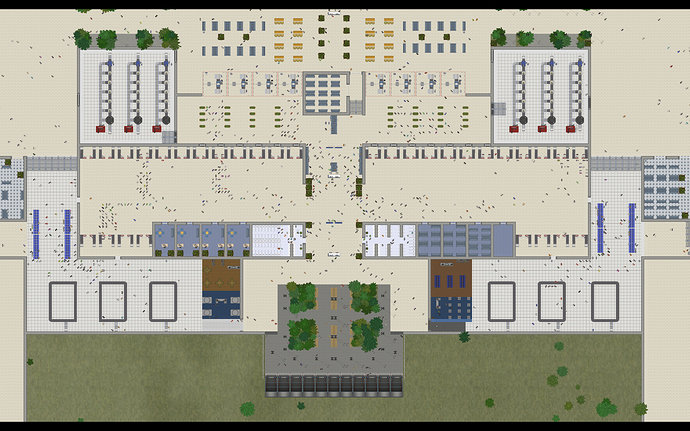 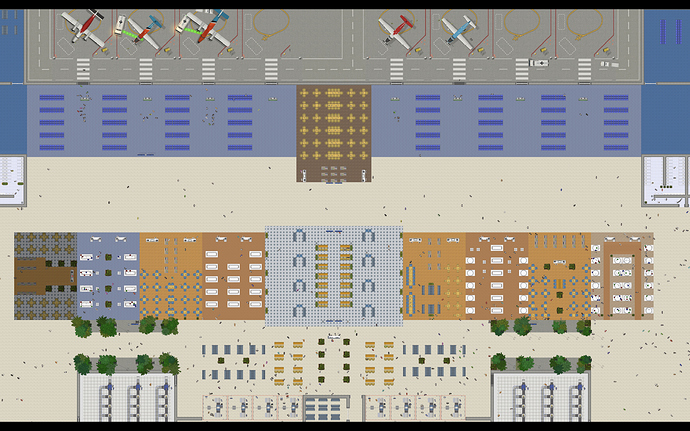 Gates are based in 3 blocks:

Things I have found helpful

Most aircraft depart on time or slightly ahead of schedule. 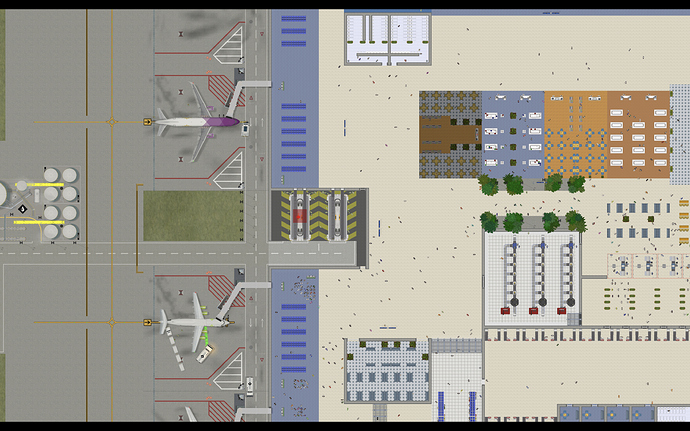 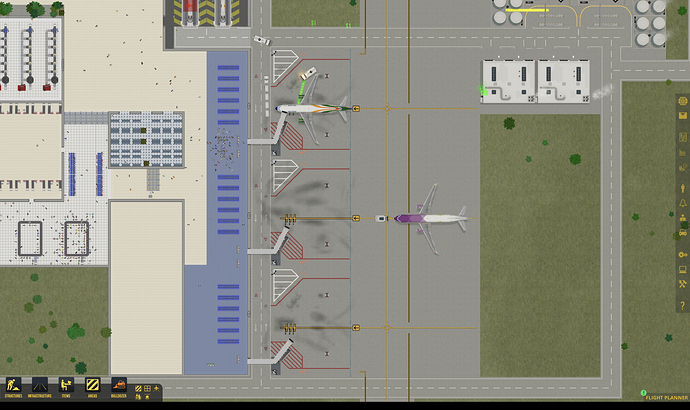 The airport has maxed at around 4000 passengers at once when all gates were in use simultaneously. Runs a little jolty on my mac but still perfectly playable. 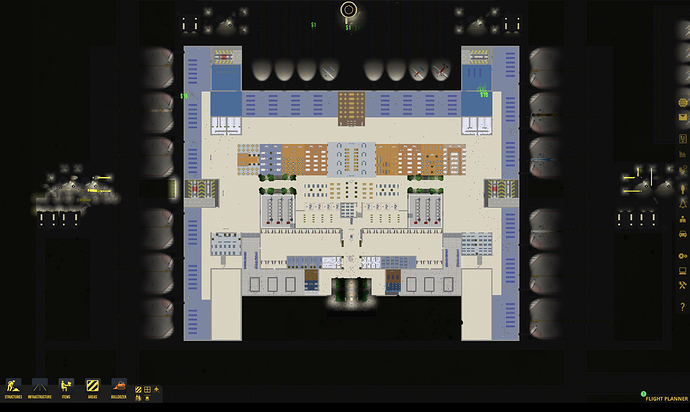 My next project will be to try to recreate the old Berlin Templehof airport.

Very reminiscent of my Wellington build but further progressed. Agree, the one way flow really helps the movement of the aircraft.

Just had a quick look at Wellington - yes I can see how reminiscent it is! I think one way flow works best.

I had tried a version with a runway located to the east, and another to the west, with all aircraft passing around the edge of the terminal in a one way system from west to east, in an inverted U-shape but I found it just took so long for aircraft to travel to the stands. This allowed bus/road transport to the terminal but obviously the delays caused an issue…

Tunnels would be excellent I agree and have even submitted it as a feature request via Jira.

Top/bottom runways I’ve found too work the best. I’ve just unlocked all of the remaining areas and about to expand. I’ve been thinking what ways to go, hence the very much interest given the similarities.

Quick question, do you get any guests that arrive and the straight away depart again via the subway?

Tunnels would be great or even a taxiway/runway road crossing like Gibraltar, where the road crosses the runway but temporarily closes when aircraft are due.

I’ve not noticed that happening with passengers - they seem to exit the subway, head to the toilet then the check-in desks straight away so assume they are entering the airside part of the terminal.

I have noticed franchise staff arriving at the subway and hanging around there for a few hours then going back in to the subway.

EN: Does anyone know if it is possible to share saved games with other users?

It will be shortly. For now you can share on Discord