Explained in the title… I have 2 subway stations by the way. Some stops works, others don’t, like the image below.

The closed ones I’ve closed because aren’t working. 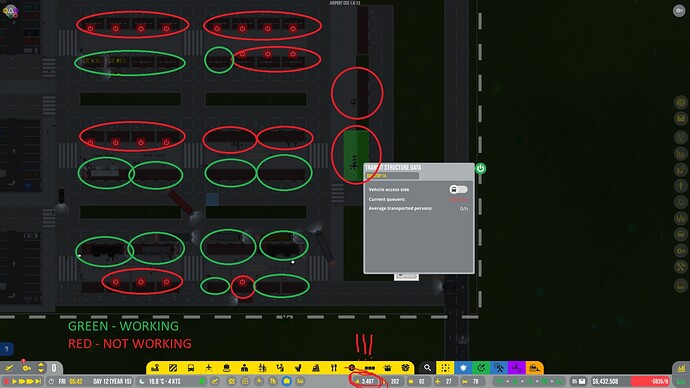 Well, some of the stops are closed, but I’ll assume you did that to stop collecting people. I’m not quite sure if there’s a cap on the amount of vehicles, but if there is than that could be the problem. How many world entrances do you have (I think they only have a certain capacity). I would transition to mostly subway, as they are what you are “meant” to use. Any insight here @Olof or anyone else?

As I said, I’ve closed some that weren’t working. There are 2 world entrances at this terminal. I don’t like subways because I think they are misrepresented in the game, like, you can put a subway entrace next to the other, that just impossible in real life. But if some dev tell me that’s the only way they could do the game to get rid of all these passengers, I’ll take it, and delete all the cars, taxis and buses stops ang go with subways only. 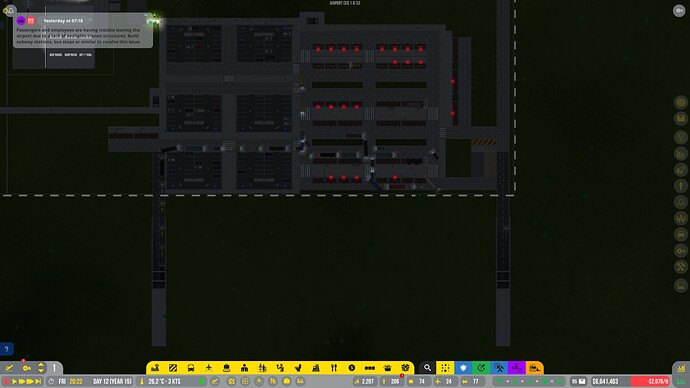 At a certain size of the airport, subways are the only way to handle the masses of passengers as all other ways can’t spawn enough vehicles and carry enough passengers.

The spawn rate is really a bit unclear.

At a certain size of the airport, subways are the only way to handle the masses of passengers

I am starting to agree with this observation
I was trying to keep the ratios of road access points and subways
I more recently noticed the Car Parks had still not reached capacity, I even had to close a Staff one as it had stopped being used

May it’s similar with the trash trucks that only a certain number of cars/busses/taxis can be at once at the airport. Something only the devs can tell us.

May it’s similar with the trash trucks

I solved that issue a few days ago at my large airport
I am sure I posted about that?

Very well, let’s wait for some dev reply. It surely would be very usefull if the devs inform those kind of limitations beforehand.

I’ve reduced the car, taxi and bus stops and the number of people greatly reduce overall, from 3k+ to 900+, but the issue persists with full of people bus stops an actually no buses coming by.

Sadly the only way is to fill the aiport with subways. That’s a big turn off because takes away the challenge of managing arrived passengers, its too easy to just build subways, they are compact and don’t need road connections. Hell, you could just put one in the middle of the arrival gate terminal.

I think this is a major oversight, and surprised that nobody is bothered by it. Maybe the game should have a way to limit the construction of stops, like “you’ve reached the maximum build of 4 bus stops” and so on. 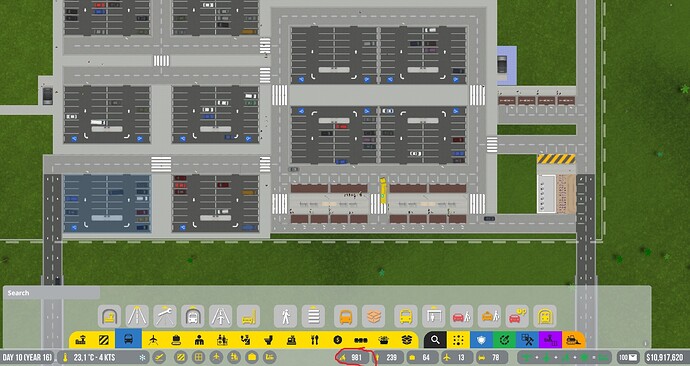