I did not submit this bug report.

In Jira, the devs concluded it cannot be reproduced. This pax situation happens consistently and constantly with my games as well. In fact the situation is so bad, that when I load a savegame, there is a great flushing of pax from the terminal into the Subway. I may start with over 10000 pax. By the time the great rush is over, there will be less than 3000.

Sidebar: My Janitors consistently get stuck, one behind the other. I’ve counted a strings as long as 20 Janitors, all doing nothing, but lining up behind each other. Contractors will build a wall, then just stand on top of it for the longest time to admire their work.

During game play, hundreds will get stuck in the bathrooms and will not clear util I save and reload.

Maybe the devs cannot reproduce this situation, but I can with EVERY reload. If the devs want another savegame, I’ll provide. it.

Here, there is stuff to be built. Yet, they refuse to move… 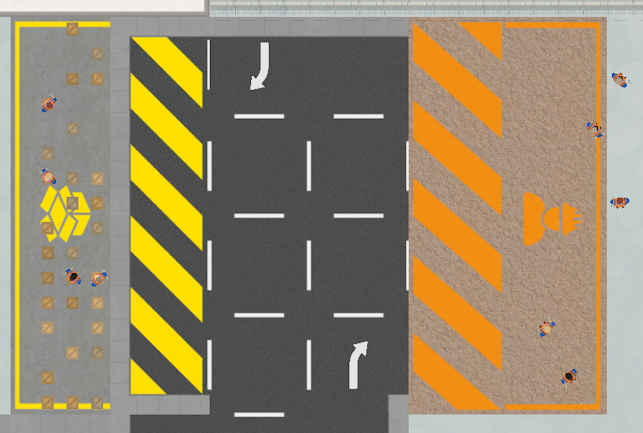 Within just above every save I have, the PAX pile up normally after exiting security and after arriving via the subway station.

They pile up after metro, after check-in, after escalators, after security, at least at my airport.

Some of them move on after a few moments, some of them are standing there for hours.

Same for me.
For me, I put seating down near them, and then they sit down, so they obviously are resting, so they have nothing else to do.
Just a suggestion.