As there are too many results, searching for “check-in desk”:

Is this bug already known: 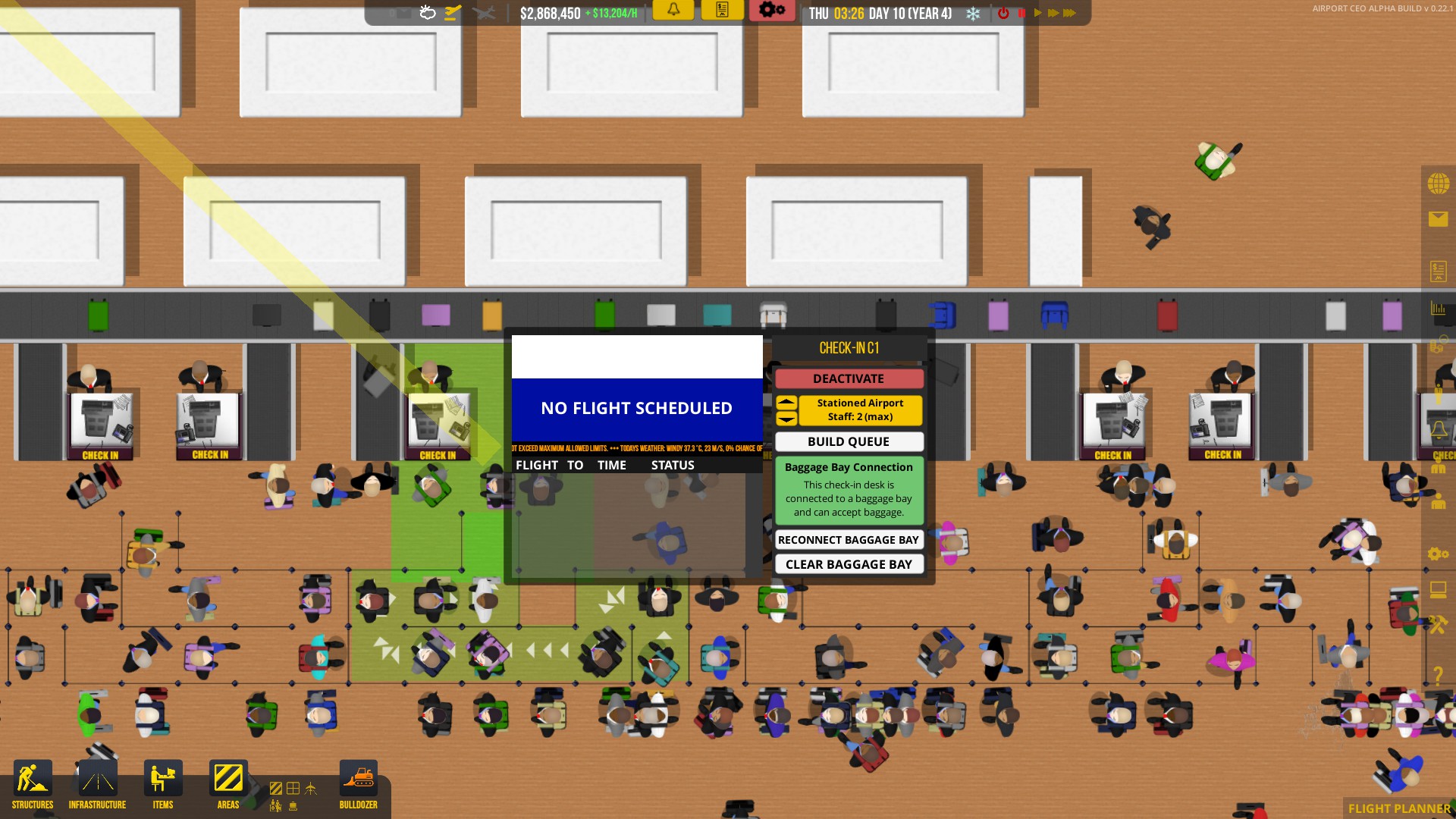 Having (at least) 6 desks open, people are checking in, as you can see, but all desks are showing “no flight scheduled”

Are all the check in desks showing up like that?

Yes, no check-in desk shows scheduled flights, but 17 flights incoming during next 2 hours.
And check-in is done, baggage is done, it’s only a bug not showing them…

I think it’s just a visual bug rather than a mechanic issue? I’ve seen similarly from time to time or the destination will be shown incorrectly or something.

Are you having any issues with checkin actually not functioning as it’s supposed to?

Agree, as check-in, boarding and baggage handling is working, it’s probably only wrong displayed. That my ramp agents are in strike is not related to this, I’m quite sure…

I noticed several minor mistakes at these displays before, too, as you mentioned.

But I would submit a bug report with the incorrect displays, not a huge issue but needs to be fixed regardless

As I made several bug reports these days I had hoped @Olof would give a short message, if they already know, or not…

Ah ok fair enough. I suspect it’s probably not a large enough bug at this point for them to fix. Hopefully when they get around to a public Jira we’ll be able to see the prioritisation queue for bugs etc.