For some odd reason the security checkpoints are broken. when i click on it it says its not connected to any stands but when i click on a stand it says it is connected. also the staff at the security will go to it, do there job, but if i save, quit and then re-log they are like ghosts. they stand there but don’t to anything. The strangest thing is that on the other side of the airport its security is perfectly normal. Bug report number is : ACEO-18031

(Pictures in the morning)

this sort of thing happened to me once when I was moving checkin/security to a different area (new location) and my security had issues with conniption with the gates. I deleted the security stations and put new ones and it fixe the problem. not sure if that’s the same issue you are having, l but thought I would share.

No I tried to remove it and replace them it fixed it as in pasangers were moving. When I loaded it again it broke

Also dev’s you have my save so if you wish you can post pictures. I realy don’t care

OK here are some pictures 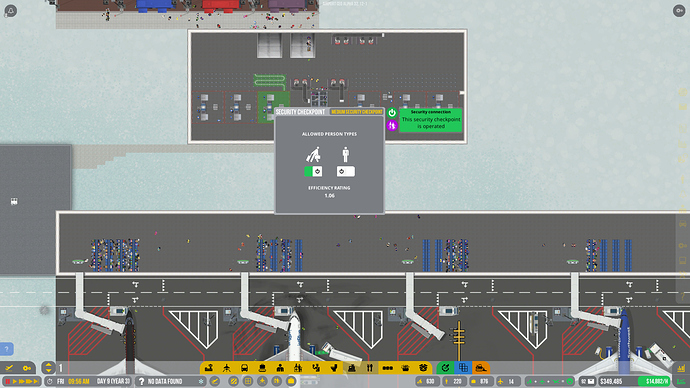 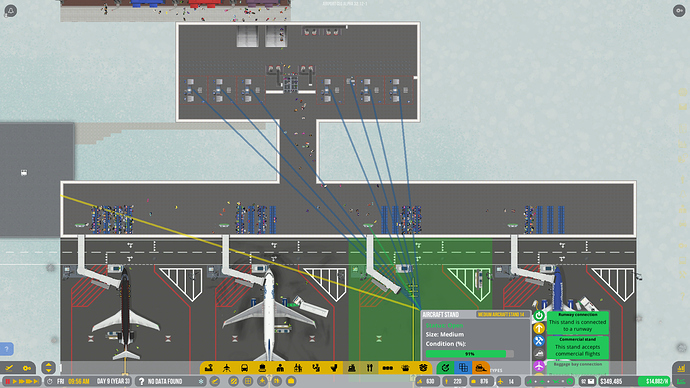 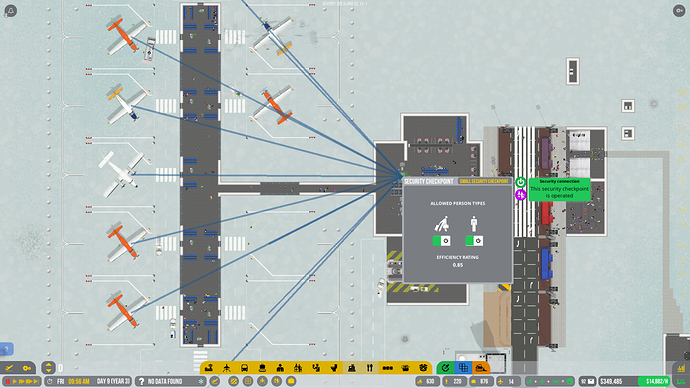 right im on that now

ok here they are 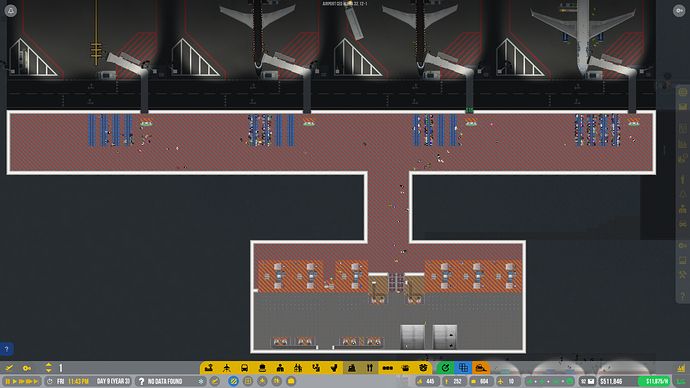 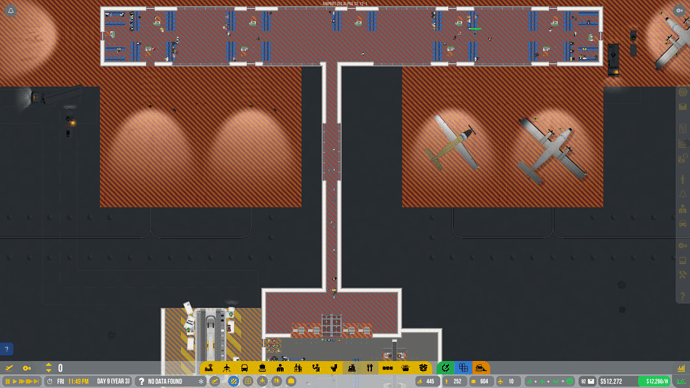 THATS THE ENTIRE problem
there is no line