I know that @Rubble and others have done quite a bit of work on this, but the info seems to be stuck all over the place. After chatting and getting some of @Rubble 's thoughts, i finally got my own 747-8 (although the game doesn’t know it just yet) at my airport. 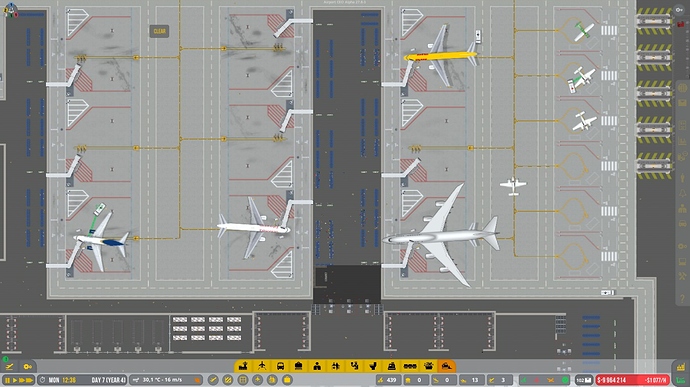 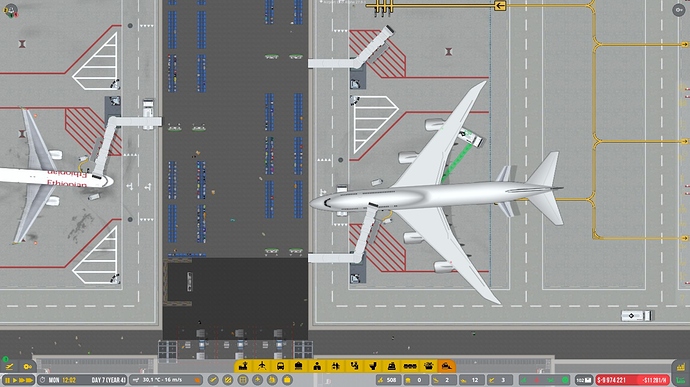 let me know what you think, and if you have some ideas or things you have done, pop them here.

You should create more space between the stands, to make it more natural in looks.

Let me add; give your floors some color

This is my trial airport. Larger stands are getting built on the West Side…i have been nodding more than playing for a while… So just needed a thing that works.

@Fredrik Given several are now experimenting with modding of aircraft, some guidelines would be most welcome. I know they are 30% reduced scale and sized to what looks correct. To me, that looks smaller than my 773. Given I based my FT to PX to FT conversion. As more experiments happen amongst the community some guidelines would be most appreciated.

Interesting to see, but the scale looks a bit off, it looks to small, but that could be just me. We definitely need a big stand in the future!

Great effort! I think the scale looks a bit small to me indeed. Let me know how you scaled it maybe i or @Rubble can help with that as we use similar methods

So the scale i used was just a straight conversion between the 757200 and pixels and then taking it to the 747-8’s size.

Rubble mentioned that there is a 30% difference, but I figured working from the 757 as reference, that should already be calculated in.

I did go back an realized that somewhere I went to 6400 rather than 6600, so corrected that now.

This is the new size in game ( not sure how the nose got cut, but thats a minor detail): 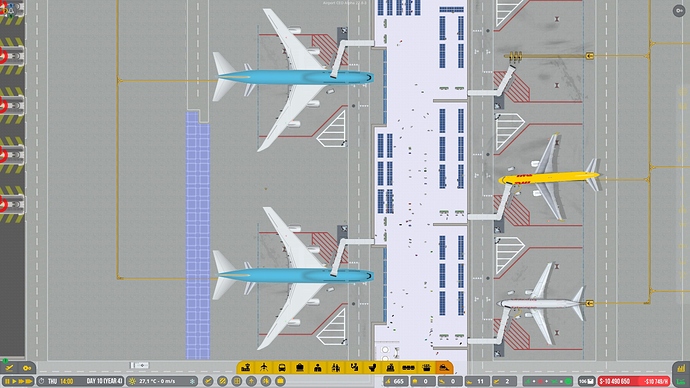 Update: Forgot to change the ration of the json file…awkward… 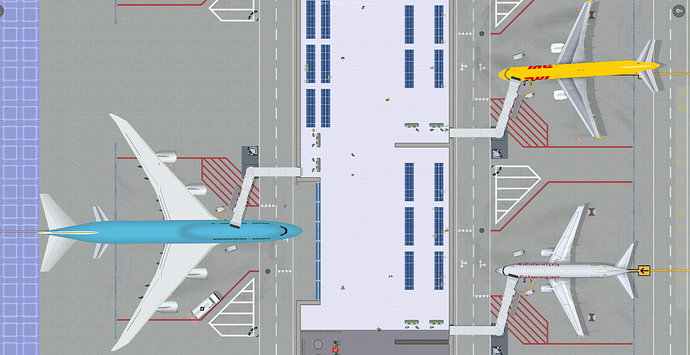 There is a general scale problem in game. If you look closely you see that default airplanes are smaller than all other objects (ground vehicles, terminal vehicles, people). I think when aircraft modding become available modders will rebuild existing aircrafts.

Looks much better! And your scaling is similair to mine

Looks great. Are you able to mod the pax count on planes or just the sprites? Due to the game’s timescale, large aircraft would need 6 to 8 hours at gate to turnaround. Until they fix that issue i have no desire to have large planes at my airport.

nope it is not possible to mod the pax count. searched for it but unable to find in the data available to us

That looks sweet, I like how you formed the building so the stand and surroundings look much more realistic with the large planes.

I thought it about time to contribute given I’ve been acknowledged in a lot of this as well. As many of you know I’ve been working on an engine. That was not in isolation. It has been built in coordination with what is becoming the staple of large twin engine aircraft. The 78 series. So without much ado, I’ve been working on, engine first as I can parley those into current game aircraft, the 787-8. Its bigger sisters the nine and 10 are being worked on in conjunction with the eight. Still working on the engines. Everything else has seen very little attention. 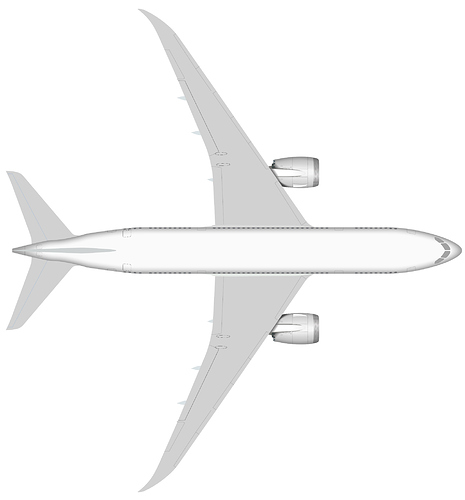 That is amazing detail! 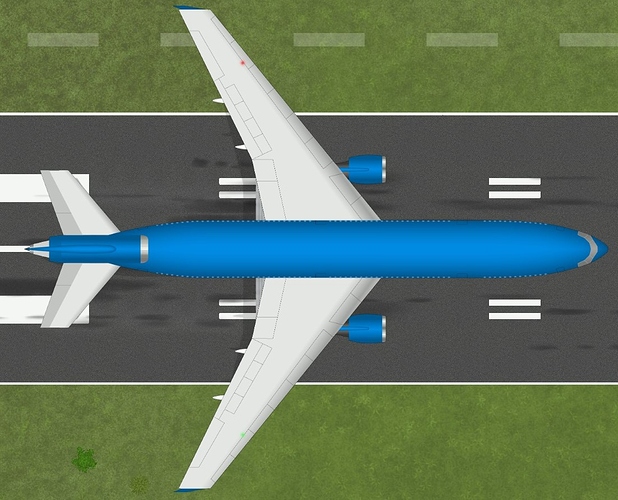 That’s dc-10 length, series 40, with winglets, make sure the fuselage is longer.