Just filed a bug report, too, but I wanted to know if I’m maybe nuts. I’m on 0.22.2 and have now a quite big setup with two baggage bay arreas. Since I have two of those, my baggage just stops before them. Everyhting is connected fine, baggage claim and baggage scanning works as expected. I will atttach a screenshot for anyone interested (safe game is attached to bug report; upload here isn’t possible 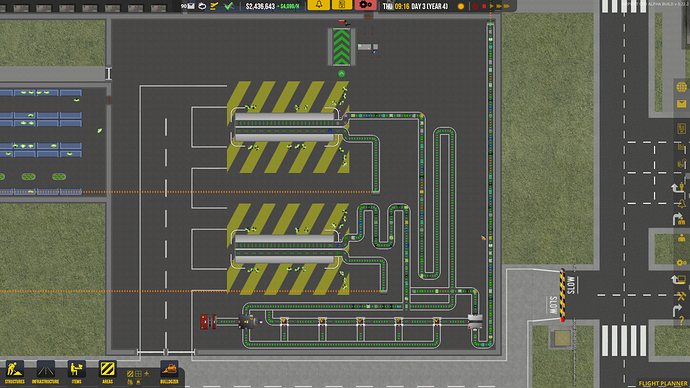 Nope, looks like a bug. I’l have a look at your save but what happens if you select the blocking bag and press “mark for deletion”?

Strange things, @Olof. With a lot of clicking it’s possible to get some bags to the bay eventually. 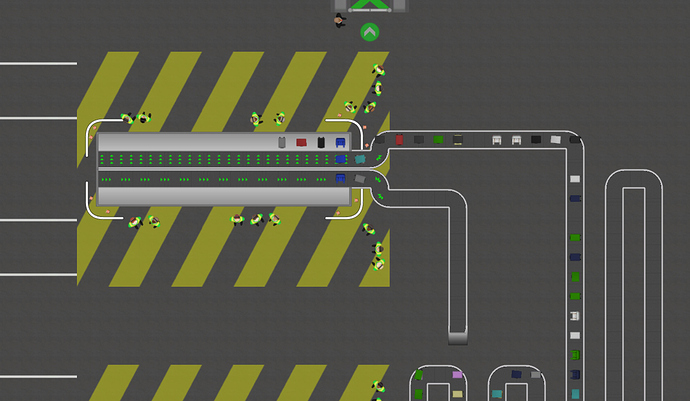 When I play this game a little bit, the bugs will rush. Until the next bigger group arrives. This group will stop again. I have 3 stands per bay, this sounds not too much for me. I even had 4 stands connected in my 1 bay scenario.

And: reproducability is hard, because it doesn’t look deterministic at all. Sometimes the first bags will pass just fine… 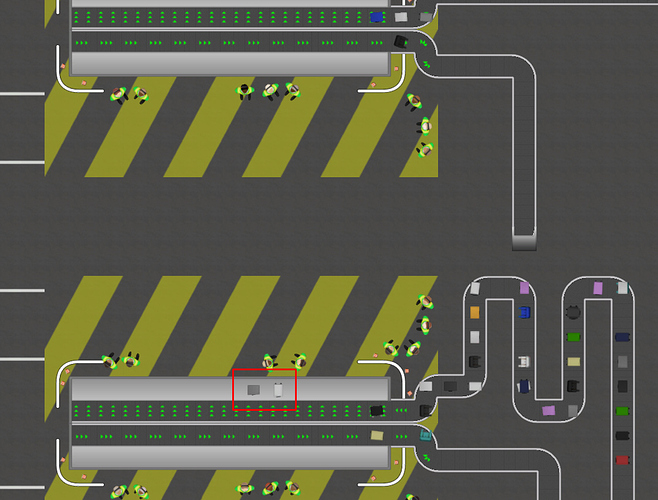 I think this is related to an issue we have solved for the next experimental push. I will check your save, can you DM me which e-mail you used when submitting it or the name of the report?

If the last commit should have fixed it, it didn’t. Tried this at 8pm with the update from about 7.30pm.

No, most likely not solved by the latest commit as this issue has not made it to the experimental branch. Investigating and running tests on it now.

I can verify that we have a fix for this in place now, will be deployed tomorrow afternoon / evening (CEST).

The issue is caused by a missed user case, I can see that your tilt trays have “forward and left” as routing setting which means that baggage will get routed to the wrong baggage bays, this is what causes them to stall. Set the tilt trays to “to destination” and your baggage system will be fine. The user case has been implemented now and baggage that is wrongly routed will simple be inputted to that baggage bay they arrive to anyway and eventually get cleared out by the system as the aircraft leave.

Oh. So I’m nuts in understanding the usage of the tilt trays. Sorry for any inconvenience caused by me.

No inconvenience, on the contrary its very good that it was sent in so we could fill this user case. Also, obviously we are lacking in informing properly about the tilt tray in the game so it’s all good feedback!