Baggage problems only on large stands 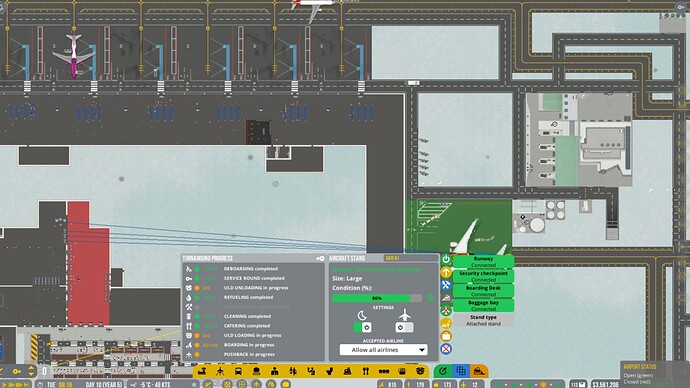 The mistake I made with my first large stands, was to take same baggage loader, as for medium stands…
But in fact there is another new belt loader, only for large stands, you need. As large flights handles baggage with containers (ULDs), small baggage loader are not functioning.
Could that be your issue…?

If not, please provide another screen, where we can see stand without overlapping window…

@Olof: same naming of new large vehicles is really confusing at first, and and annoying (sorting/filtering) on the long run…

For the same naming I’ve sent a bug report last week so the devs should already be aware of that problem (don’t remember the number though).

Your first screenshot shows the wrong baggage loading truck parked on the large stand, so sirhc80 is correct, you need to scroll down the list of vehicles to grab the larger baggage loader. It is mainly yellow in colour

Yeah, this is something that’ll be fixed in the upcoming tutorial adjustments released with Alpha 35. Will include a segment on large aircraft and the new features aswell.

But another problem occured. Saved the game last night, just loaded the game and now baggage is down overall. As you see when I click on the baggage bay everything is connected to the stands, check in desk, but when I click on a stand it says baggage service is disabled.Been trying to reconnect doesnt work same for loading the game. 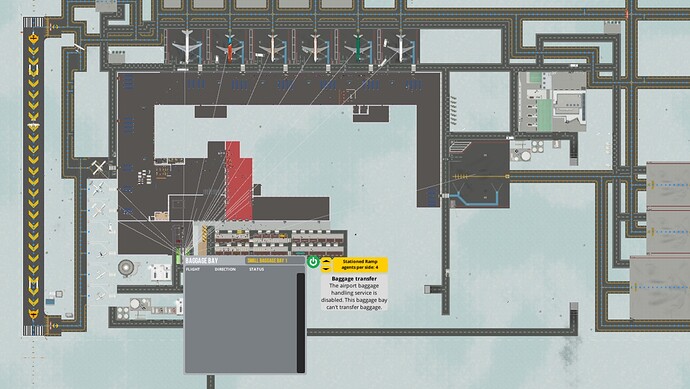 Looks as if baggage handling was deactivated… Did you check ‘operations’ menu?