Hi guys,
not sure if this is a problem with operations or a bug, situation is as follows:

I suspect this is probably a problem of certain stands which are particularly distant from bays, but this does not happen all the time. Also, say this is a problem and not a bug, shouldn’t the flight be delayed until baggages are loaded?

Sorry Lorenzo if I sound like a smart-ass, but these are the standard questions that need to be asked:

I really don’t think it will be that easy, but just in case…

The reasons why bags are not loaded in time can be many, could be # personnel, # vehicles, route, congestion, distance, etc. If you could share some daytime screenshots of the airport and the conveyor system maybe we can help with that.

But in general the game doesn’t take bagage into account as just yet is my feeling as well, so when bagage is not in time the plane does not wait for it as it does for PAX. This is something that needs some attention somewhere in the future by the devs, needs to be solved by the ACEO for now

No worries @Sepone, answer are yes (4 ramp agents per side), yes (1 assigned to stand for unloading + 1 idling at depot for each stand) and yes (it doesn’t happen every time )

@Puma I would hazard to say that this is not a personnel/vehicles/route problem, could be congestion and/or distance.

My guess is that baggages get to the bay AFTER the service truck has been there for loading? Probably due to the long distance between bay and stand, truck has to be there pretty early.
If so, I think it should wait if there are baggages checked-in, even if they are late 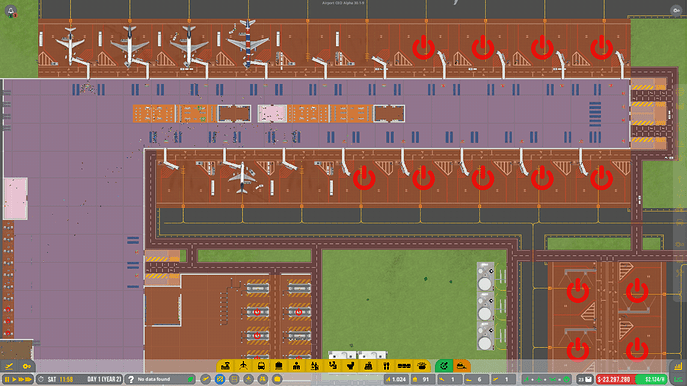 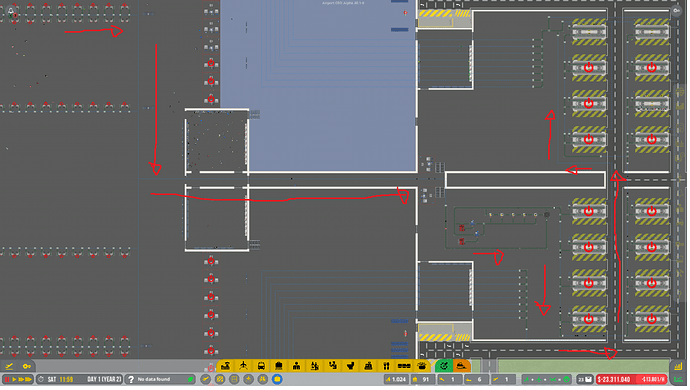 Each bay is actually serving 3 stands

It looks cool, but not really efficient from what I can see on the pictures. But maybe other people that have more bagage system skills than I have can have a look at it as well. If multifloors are available it will be a bless to have the bays underground and directly underneath the check-ins!

@Puma not sure if I got right what you are saying, inbound dispatch after passing through security scan goes first down and then up to serve the upper bays (yes I use tilt trays and high speed belts). What I think you are talking about is outbound dispatch (to baggage claim), which has a different path).
Yes I also think this is not 100% efficient in terms of time, but if you continue reading you see problem is for late check in (actually lead time from check in to bay is sufficient with schedule on time)

Step 1: truck has loaded baggages for flight SF113 (and has loaded some) 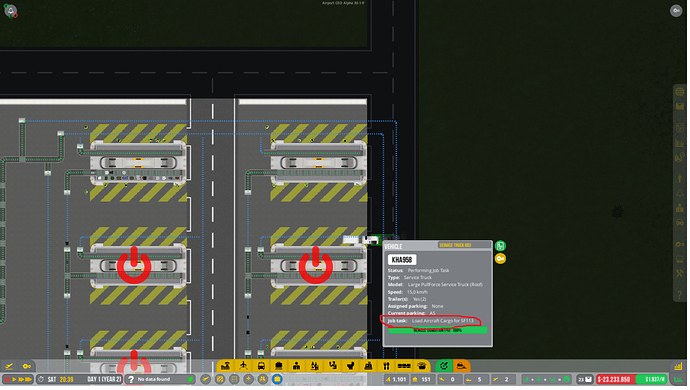 Step 2: check in for flight SF113 still ongoing and running late, so there are more baggages to come but truck has already left… 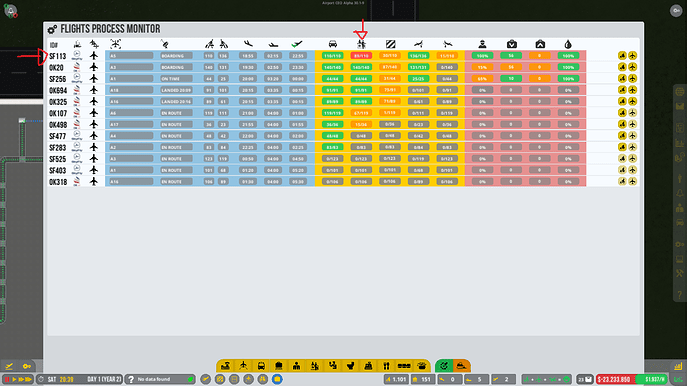 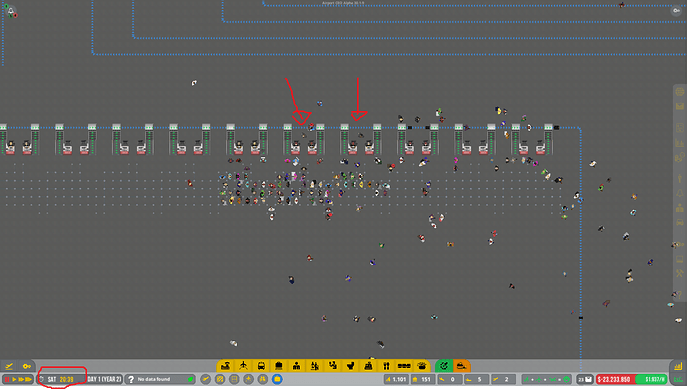 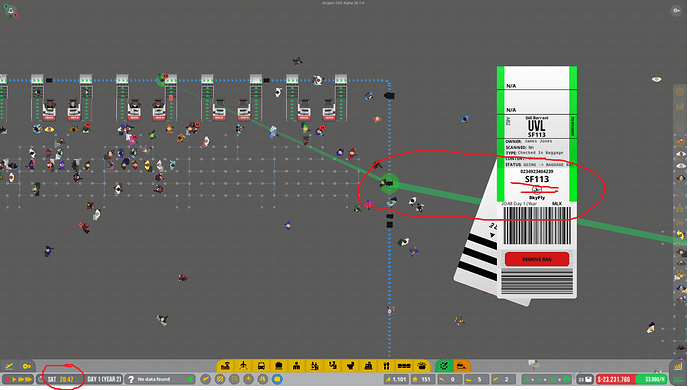 Step 3: suddenly baggage loading figures as completed with 0 baggages, but truck in step 1 left for sure with some cargo from the bay…if I look for the truck with loading task assigned it has disappeared (I usually click on stand and look for the vehicle with yellow marker which is doing loading task…no way to locate it). I think this has been triggered when late baggages got to the bay 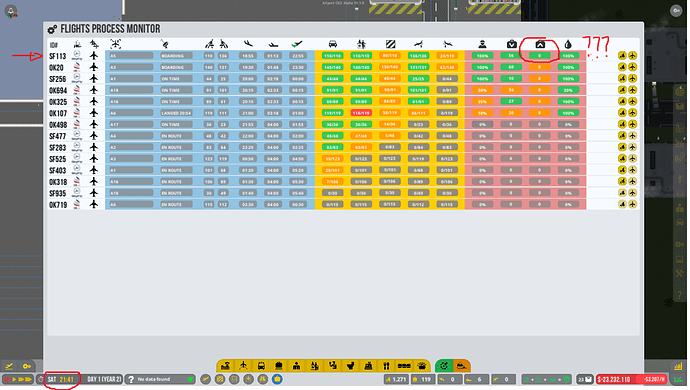 Possibly a weird behaviour of the system?

Looks like a combination of things, check-in takes too long in this case, also security is taking a long time as for all the flights PAX have not all passed security yet. Normally PAX arrive way before the plane lands and should be able to pass check-in and security before the un-boarding starts, in your case the PAX have all left the planes. So have a look at your PAX routes, also check toilet and store/restaurant locations.

I agree that it is a bit weird that the truck already leaves with just a part of the bagage and that it’s not loaded on the plane and even disappears… Maybe good to follow a truck completely and check where it’s going after it left the bagage bay, if it actually makes it to the plane and if it also starts loading the plane with bagage.

So have a look at your PAX routes, also check toilet and store/restaurant locations

Not sure if this is the issue, I have seen that sometimes check in goes late because passengers arrive late at the airport (to spot this I need to go 1 step back in the issue chain)
If I find another case to replicate I will follow the misterious loading truck and its cargo

Would be good to hear also developers’ opinion

I have 2 desks per stand and no shortage of staff to serve those desks.
Root cause I think was a lack of bus station outside (at a certain moment people didn’t even show up at the airport for flights).

Anyway, behaviour for late baggages has to be assessed properly whichever the cause is