Baggage getting stuck in baggage bay

i know there is already a topic for this but i didn’t get the answer on that one.

so the baggage is getting stuck like this i do only have one baggage bay. 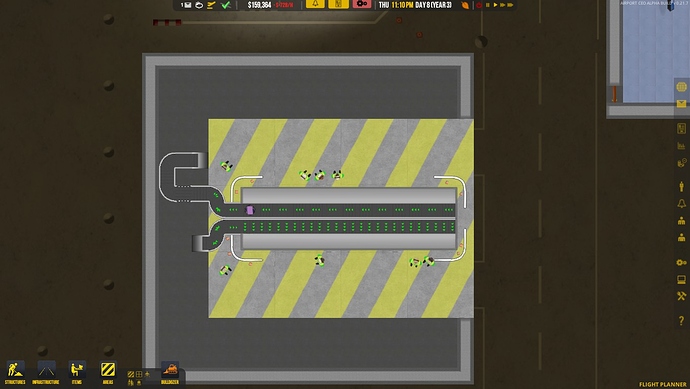 i went to my other airport where it did work before to check if it still works there. nope does’t work there either, som of the baggage goes true at the other airport but most is getting stuck. 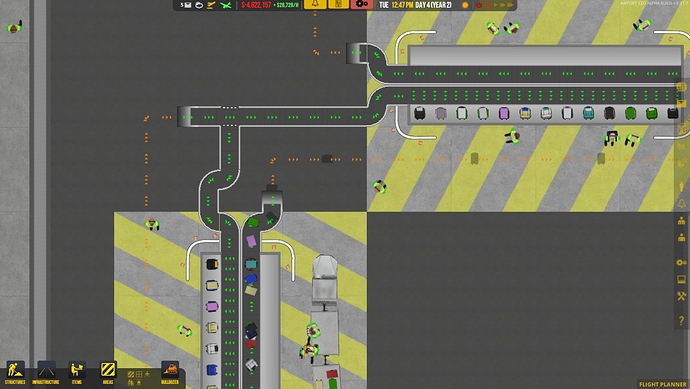 any one knowing what to do or just a bug that needs to be fixed?

non of those did anything at all.

forgot to metion baggage bay is in secure zone 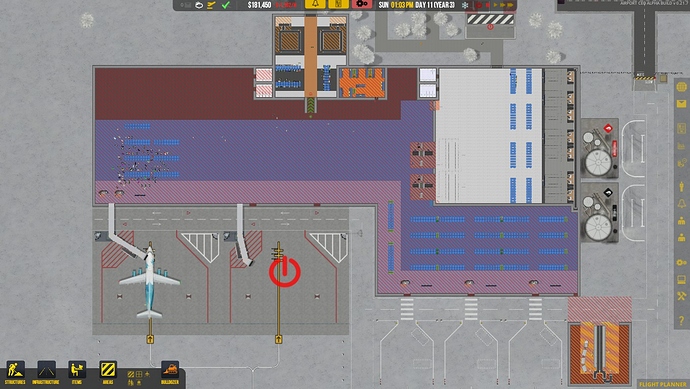 Im having the same issue… did you figure it out?
Tried two baggage bays and both stops the baggage before going onto the belt.
The connection looks good to the reclaim area.

yea i destroyed the bay then saved the game loaded that save build bay again and make sure its connected with belt.
it will start stacking up als soon as it isn’t connected properly and then you have to do this process again.

Did just that… but still stuck.
I filed a debug report. Everything are connected but it will not just move.

Same here, I have destroyed and rebuilt multiple times with no improvement. It has to be a bug of some sort… 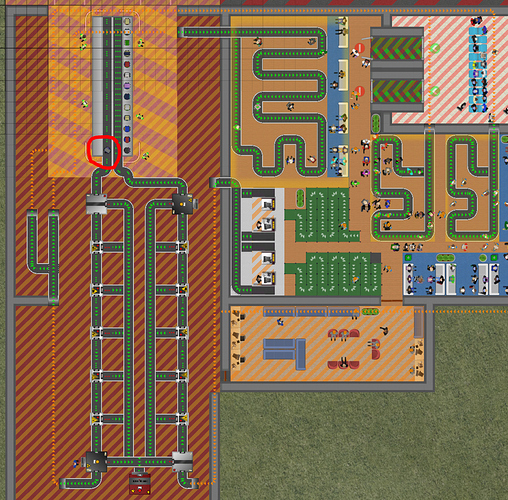 With the underground belt of your top-left caroussel, you cross the baggage-bay-belt self. Crossings (Underground/overground) are current not possible. Thats maybe a reason that nothing works. Did the right two ones work?

Umm, afaik you can’t just have conveyors branching into two different belts without any tilt trays.

This is also a stupid suggestion, but have you tried moving your underground conveyor belts so they don’t touch the conveyor on the baggage bays at all?

I think I’ve noticed issues with flow when an underground belt transitions to an above ground belt inside, from or next to a wall. Will try to replicate later when I can play.

You should be able to cross a baggage bay underground.

I moved the underground belt that crossed underneath the cargo bay upwards away and it all appears to be working again now.

Bit bizarre though, because that belt was a left over from a previous set up I had before I put in all the specific scanners, and I am confident that was working then. Oh well I can keep playing again now! I had stopped for a couple of days because it was irritating me, lol.

I got mine working as well… i deleted everyhing, but when I tried to delete a long belt inside a wall I was not able to delete the belt without destroying the complete wall. Maybe something to do with it…
Well now its working.

I bit rough on the baggage there don’t you think?

I have the same problem and im also planning to demolish and rebuild my baggage bay just after all flights are done since I cannot reconnect them while there are flights. Hope it works!

I also am having problems with huge amounts of baggage collecting in the baggage bay departure area.
Some bags are going to the flights, albeit delayed with a surplus of ramp agents, service trucks etc, but about half the bags just get left and accumulate. for just 300 customers in my airport i amassed over 5000 bags.
If i delete the baggage bay then they all fall on the ground, and nothing ever happens.
If i click the bags, the most recent ones that arrive that dont get collected have tags on for flights that are currently in the airport, rummaging through i find bags for flights that are long gone, and were fully loaded so yea.
Also out of the 50000 bags that are there, if i load an earlier save game (when the baggage was first initiated) the game dash board tells me there are 10 bags in the system however i already see a huge pile i cannot count. its broke, very sad.