Baggage carts get stuck at the cargo bay

Hi guys hope you having fun while struggling with the bugs

anyways i have a bug at the cargo bay… the first baggage cart arrives at the cargo bay and theres no ramp agent (i have like 15/20 of them) , waiting to be unloaded… then the second one arrive, and third one… after a little bit the ramp agents come and they unload the first that stays there, it doesn’t go to the depot or to a gate, it remains stuck there and blocks the entire sistem cuz then they cannot unload the other one and people cannot receive their bags and the planes cannot be unloaded/loaded 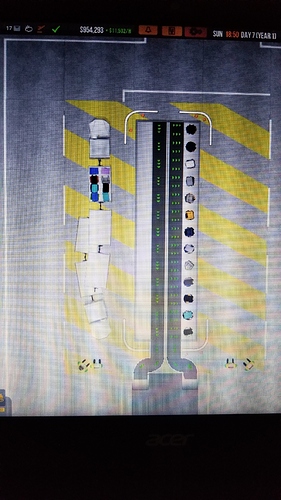 I already tried but then i happens again and again

try going into f10 and hit the unoccupy road nodes

tried aslo that ahahah i tried everything possible, all the f10 buttons, i tried to save and reload, i tried change something in the baggage system…

try removing some of the bags with the removal tab

I tried but i think the problem is not the bags but the baggage trucks, hope they’ll fix it with next update…also now i’m having problems again with the airport stuffs, they don’t go to the checkin desk and i have a lot of flights taking off without passengers

Removal tab? Where is this?!