I keep getting occasional warnings that baggage has been sent to the wrong bay.

Considering that all of my check-in desk conveyor belts ultimately merge into one and every tilt tray is set to destination, this should be possible.

There’s either a (new?) bug involving the baggage system or there are occasional random false notifications of a problem.

Can you provide a picture of your baggage network 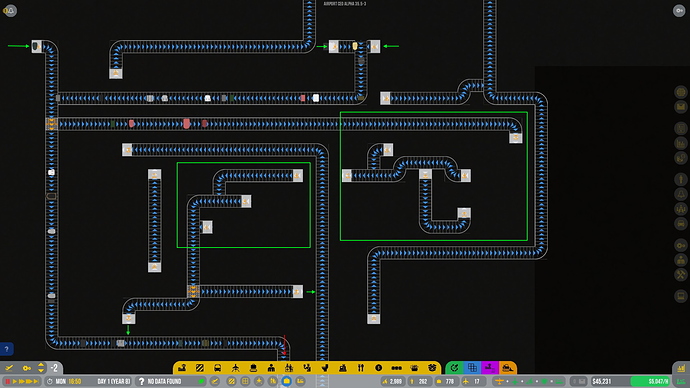 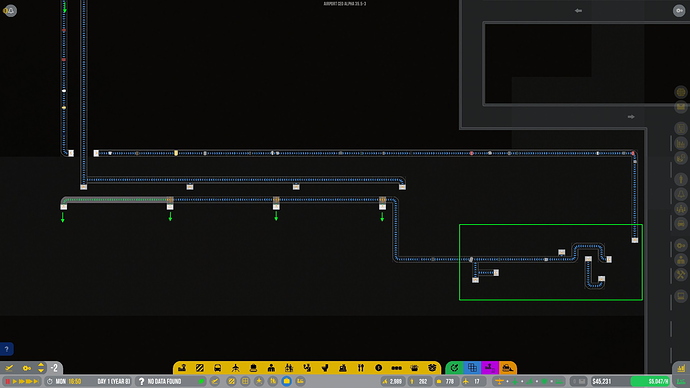 That top screen shot kinda reminds me of Pac Man

hopefully that is able to help you

Must be a bug. If tilt trays are all set to Destination, the bag should not go to the wrong baggage bay.

You can mix outgoing and incoming baggage using tilt trays with set to destination. This really simplifies your baggage layout as you don’t need to pass under or over a belt, you can join the belt instead, then use a tilt trays to move move bags to where you want them.

Okay, I think that the tilt trays need to be set a direction, right click on a tilt tray and set it to the correct direction, e.g. set it to left if bags need to go left etc.
If this doesn’t work then it must be a bug

Needs to be set to destination not as a direction. That’s only for splitting bags in an alternating way to halve the amount going on a given belt (eg. for security scanners)

How and when do I use tilt trays? Support

I’ve recently unlocked the procurement in the game for tilt trays, but when should I use them? It’s probably obvious but I will appreciate any help. Thanks -Joe

Despite the notifications I still have a perfect rating for baggage reaching departing aircraft so at this point it’s probably is correct to assume that it’s a bug.

Just submitted a report about this (ACEO-28713)