Trying to assign fuel trucks to specific terminals and specific depot buildings but trucks are ignoring the terminal they are assigned to and travelling to a different terminal to refuel a plane. Beta experimental branch.

You can assign the vehicle to a parking garage/ lot then assign that garage to a terminal by dragging the terminal mapping over it. It should then only fuel stands assigned to that terminal

Does not seem to work. Fuel trucks are moving to a different terminal area to refuel planes there. I have the trucks assigned to a depot and terminal

I will check it out to see If I get the same. Also file a bug report and post the issue number.

I find this happens when one Terminal’s vehicles of the type required are all occupied, that Terminal ‘borrows’ one from the nearest Terminal that has one free, rather than waiting for one of its own vehicles to finish its current job task…

I had his happen while I was just wandering over the airport in an idle moment, the two A-1 tankers at Terminal A were fuelling planes, and a third docked and put out a call for fuelling, which was answered by a tanker from Terminal B (I don’t know why, there’s a three or four hour window for the fuelling task and it only takes 10-20 minutes to complete it), just as one of the Terminal A tankers was finishing. Then Terminal B wanted a plane fuelled but didn’t have one spare, so the now spare Terminal A tanker answered that call. Within 20 minutes game time all my tankers were all over the place…

Do you have a bug report for me?

Finally manged to catch one in the act for you, @Olof.

New terminal, only one fuel truck associated with it, and I coloured it yellow so it stands out…

Here it is in its native environment, a Parking Lot in Terminal 2 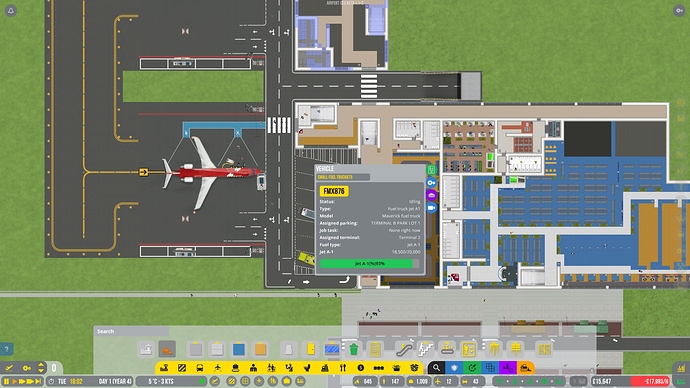 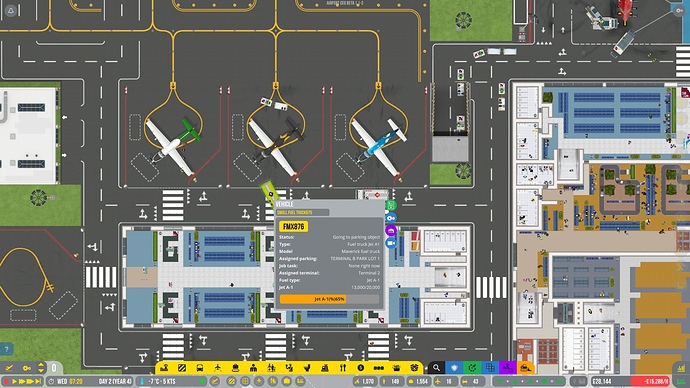 As a result, this fuel truck from Terminal 1 went to refuel an aircraft on a medium stand in Terminal 2 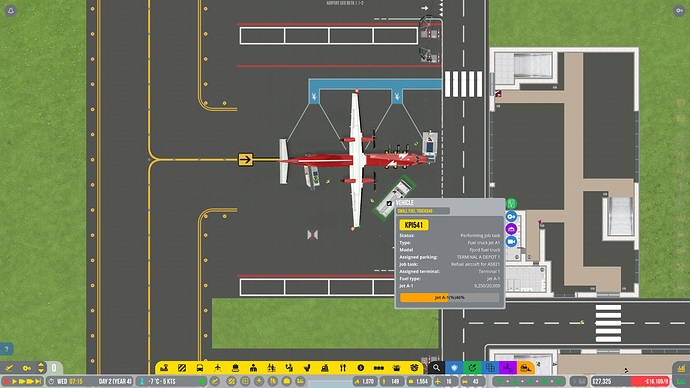 Awesome, I will check it out!

…and a few hours later, the truck is at it again, and two Terminal 1 baggage trucks preceeded it after carrying out services to the two stands in Terminal 2. The two baggage trucks for Terminal 2 are still sitting comfortably in their underground parking lot… 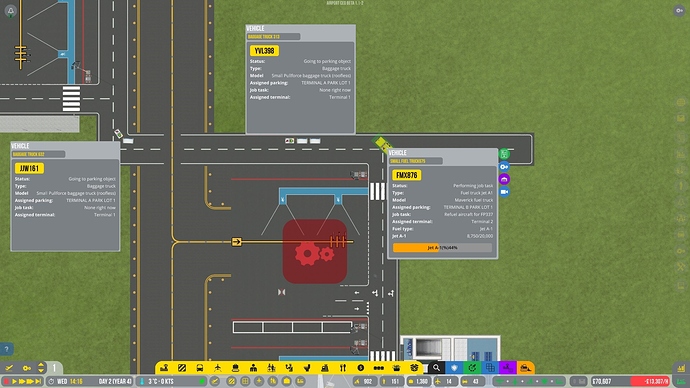 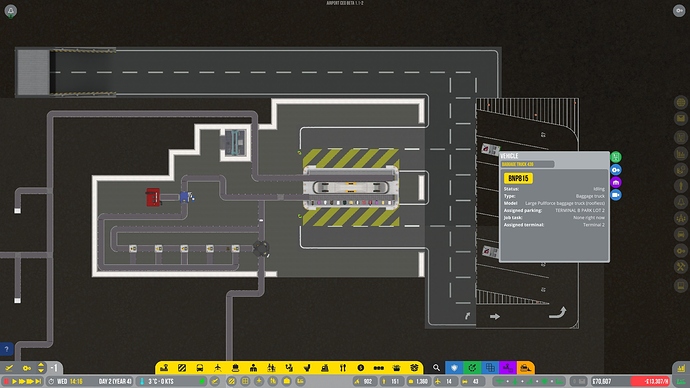 EDIT: It appears that the two Jet A-1 tankers allocated to Terminal 1 aren’t enough. While Terminal 2 didn’t exist, it seems they were muddling along quite nicely, but the presence of the third tanker and three jobs required in Terminal 1 are enough to drag the Terminal 2 tanker out of its home. 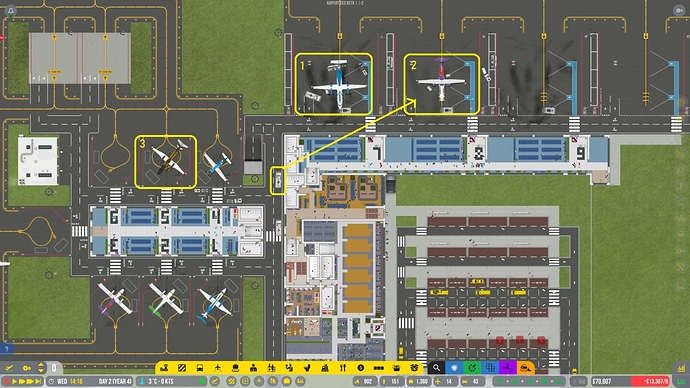 I’ll add a third tanker to Terminal 1 and see if this stops the Terminal 2 tanker wandering. The baggage truck situation is definitely a no-no, though.

I’ll add a third tanker to Terminal 1 and see if this stops the Terminal 2 tanker wandering. The baggage truck situation is definitely a no-no, though.

It took 4 tankers in Terminal 1 to stop the Terminal 2 tanker roaming. Not that the fourth one gets used that often, though…